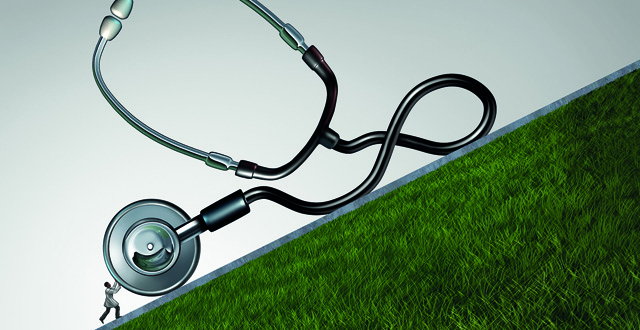 The NAGP has given a cautious welcome to recently announced Government measures to invest in general practice.

The agreement was reached between the Government and IMO, which will be balloting its members.

“The NAGP committee will wait to see the full document yet to be released before advising its members with regard to the proposal,” according to a statement issued by the Association today.

NAGP Chairperson Dr Andy Jordan commented: “This is the first step in saving general practice but there is a lot more to do. If we are to see proper reform in primary care, we must continue to keep pressure on the Government for a proper fit-for-purpose new contract.

“We will need to analyse how the proposed changes will impact on rural general practice, on out of hours, on patient access, on GP burn-out, on the recruitment and retention of our newly qualified GPs and on the general working hours of general practitioners with regard to health and safety.”

The NAGP said it is concerned this agreement will lead to an increase in demand for GP services, at a time of reduced capacity, coupled with a proposal to increase access to general practice, unless appropriate investment is committed by Government.

There is also “an absolute need for a proper fit for purpose nursing home contract which needs to be addressed immediately”.

Notwithstanding further analysis, the NAGP said it wanted to congratulate and thank all individual GPs, the IMO negotiating team, the ICGP, the Oireachtas Health Committee, and its own team, and all who have “worked tirelessly over the past six years to save general practice”.

The NAGP’s President Dr Maitiú Ó Tuathail said: “Were it not for protesting outside Dáil Éireann, the social media campaigns from all organisations, individual GPs and the prospect of canvassing patients in surgeries at election time, we would not be looking at any offer from Government.

“It needs to be acknowledged that one of the key elements of this campaign was the very vocal support of reverse FEMPI at the GP protest day on February 6 by Deputy Stephen Donnelly, Deputy Alan Kelly, Deputy Louise O’Reilly, Deputy Roisin Shorthall and our own Deputy [GP] Michael Harty.”

Dr Ó Tuathail continued: “Additionally, be under no illusion, this offer has only been achieved by GPs standing together being active on twitter and canvassing their local politicians.”

The NAGP said it will conduct a full analysis of the proposal and inform members in due course. It will then ballot members on the final agreement.

“We will be in receipt of the health and safety report on general practice and out of hours service next week. We will furnish members with a copy of it once received,” added the statement.