Low number of complaints about doctors from employers – Council 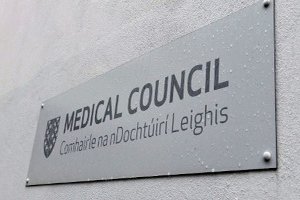 The Medical Council has told the Department of Health it intends addressing the proportionally low number of complaints about doctors received from their employers in comparison to other countries. It advised the Department earlier this year that it planned to write to the Minister for Health and the HSE CEO to “re-establish” a memorandum of understanding on information exchange.

Representatives from the Council discussed the matter during a governance meeting with Department officials in January. According to minutes of the meeting, obtained by the Medical Independent following a Freedom of Information request to the Department, the Council “advised that the experience in other countries is that a higher proportion of complaints about medical practitioners are referred by employers (as opposed to members of the public) than in this jurisdiction”.

“The Department welcomed the Council’s review of these issues and advised that it would support the Council in any way possible,” reported the minutes.

According to the Council’s annual report for 2019, most complaints about doctors came from members of the public (357), followed by healthcare professionals (26). The source of just three complaints was attributed to a healthcare institution and only four to the HSE.