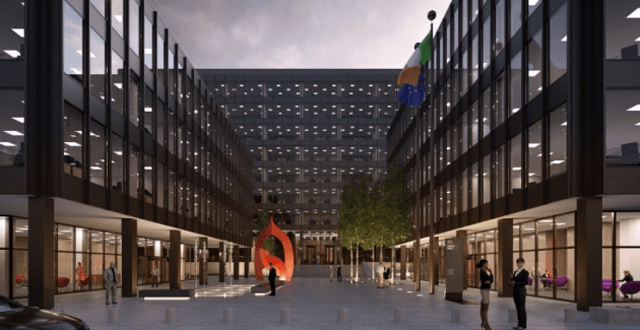 According to the Department’s timeline outlined last year, the Office of Public Works (OPW) had originally planned for the move to begin before the end of March. However, extensive work is continuing at the new building.

“The Miesian Plaza building is the second-largest acquisition that OPW has secured in Dublin in recent years,” an OPW spokesperson told the <strong><em>Medical Independent</em></strong> (<strong><em>MI</em></strong>).

The largest recent acquisition by the OPW was Spencer Dock in 2015.

“And, like Spencer Dock, [the Miesian Plaza] represents a substantial change in the type of accommodation traditionally acquired for civil service use,” continued the spokesperson.

“The layout has been designed to ensure the most efficient use of the floor, with an emphasis on open-plan working spaces and a substantial reduction in cellular offices.

“The building is currently undergoing an extensive fit-out that has been ongoing through 2017 and is now nearing completion.

“Occupation of the building will commence in Q2 2018 and, when fully occupied, will house nearly 950 civil servants.”

A source who works in Hawkins House told <strong><em>MI</em></strong> they understood that some staff working in IT and with the Minister for Health and Ministers of State are expected to be relocated first.

However, in response, the Department said there was no specific plan as yet finalised for the move.

“The Department’s staff will be moved when OPW has completed its fit-out of the building, which is ongoing,” the Department spokesperson told <strong><em>MI</em></strong>.

“No decision has been made on the order in which staff will move to the new building, but it is anticipated at this point that the entire Department will move to the new premises over a short time period, once OPW has completed its work and the building is ready for occupation.”

The completed building at Miesian Plaza will facilitate the relocation of two Government Departmental headquarters — the Department of Health and Department of Children and Youth Affairs. It will also provide accommodation for the Departments of Finance and Public Expenditure and Reform.

The move to Miesian Plaza will also release the Hawkins House site for redevelopment.