Shining a light on dysphagia 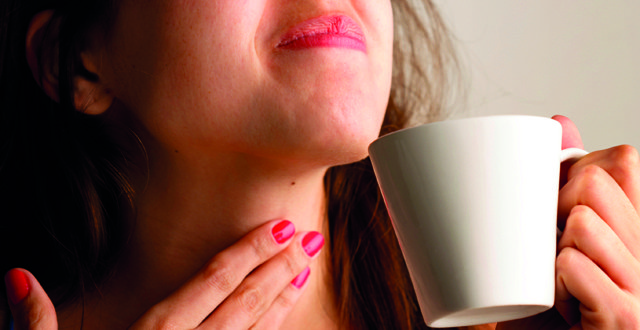 Dysphagia can have a “huge impact” on a person’s life, according to Dr Margaret Walshe, Associate Professor in Speech Language Pathology, Trinity College Dublin and Vice President of the European Society for Swallowing Disorders (ESSD).

Difficulty feeding and swallowing is a common problem in preterm infants, children with various neurological problems and craniofacial anomalies, such as cleft palate. It is also frequently associated with acquired neurological conditions, such as motor neurone disease; stroke; multiple sclerosis; Parkinson’s disease; dementia; as well as head and neck cancer.

Speaking to the <strong><em>Medical Independent</em></strong> (<strong><em>MI</em></strong>) from the ESSD Annual Congress in Dublin, attended by around 1,000 delegates on 25-29 September, Dr Walshe said that being unable to eat or drink normally has a profound impact on a person’s quality-of-life and can lead to depression and anxiety.

“It has huge implications socially but it also has implications in terms of aspiration pneumonia, which is the biggest consequence of a swallowing problem, and that is probably the biggest single cause of death in Parkinson’s disease and conditions such as motor neurone disease. It is also strongly associated with malnutrition, dehydration and choking. ”

Dr Walshe said there has been “a lot of focus” on early screening for dysphagia. However, in terms of patient access to stroke unit rehabilitation, Ireland is “lagging way behind” many other developed countries.

<em>The Burden of Stroke in Europe</em> published in 2017 suggests  that less than 30 per cent of patients had access to a stroke unit. Furthermore, according to the report <em>Irish Heart Foundation/HSE National Stroke Audit – Rehabilitation Units 2016</em>, bed access to rehabilitation units was age-restricted for patients in almost half of sites surveyed, while only around 40 per cent of sites had a stroke specialist responsible for the management of stroke patients’ rehabilitation.

According to Dr Walshe, another major issue is lack of access to specialised care following discharge from acute services.

“We have a dysphagia centre  in Trinity where, with postgraduate students, we can see patients intensively. With intensive therapy – the patients doing exercises daily and we could see them for four-to-six weeks – they can return to oral feeding. So change is possible and it is even possible a long time after stroke.”

There is a huge unmet need in respect of early supported discharge for patients with dysphagia and a lack of access to speech and language therapy services in the community.

“Some of  the acute hospitals in Ireland – including those  in the Dublin area – don’t have an outpatient speech and language therapy service, so [patients] go home and they get nothing if the community services can’t pick them up. They might have been on a thickened liquid diet in a hospital, and we see them a year or two later and they are still on a thickened liquid diet, and they no longer need to be. This is especially true for  people who have had a stroke or traumatic brain injury.”

Ireland’s only dysphagia research centre runs within the Department of Clinical Speech and Language Studies in Trinity College. The centre has a long history of clinical research in dysphagia, attracting international students to Trinity in order to develop specialist skills in swallowing disorders at a postgraduate level.

Speech and language therapists in Ireland are heavily involved in research around dysphagia, according to Dr Walshe, who feels the next step must be making these projects more multidisciplinary.

“In clinical practice, without a doubt, we have really good multidisciplinary teams; in our research [around dysphagia] we tend to be working in our silos a little more,” noted Dr Walshe.

She added that Dublin’s hosting of the ESSD conference should have a positive impact in this regard.

The Congress heard the latest topical news and views on swallowing disorder research from national and international speakers.