A new horizon for Covid treatment 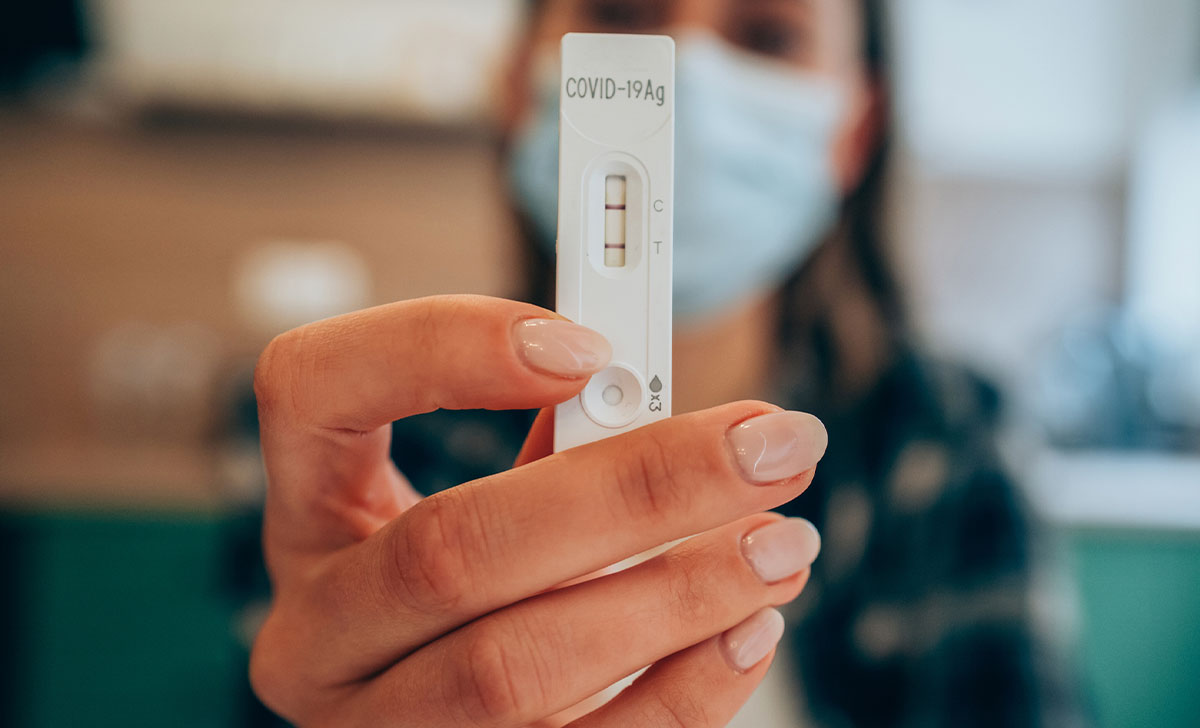 A recent trial has indicated a potential new and effective treatment option for critically ill Covid-19 patients. Prof Gerry McElvaney of the RCSI speaks with Pat Kelly about how this translational research can have a major impact in Ireland’s ICUs.

A s the evolving Covid-19 situation continues to move the ground under clinicians and researchers alike, a recent collaboration has provided hope for patients who have become critically ill with the virus, as well as their physicians. Working in partnership, the researchers from the RCSI and Beaumont Hospital in Dublin investigated the efficacy of an anti-inflammatory protein, alpha-1 antitrypsin (AAT), to treat Covid-19 patients who have progressed to acute respiratory distress syndrome (ARDS).

AAT is a naturally occurring human protein that is produced by the liver and released into the bloodstream. AAT normally acts to protect the lungs from the destructive effects of common illnesses. In this trial, the researchers used AAT that had been purified from the blood of healthy donors in an effort to reduce inflammation in severely ill patients with ARDS associated with Covid-19. Overall, the results showed that treatment with AAT led to decreased inflammation after just one week and was safe and well tolerated. In addition, the treatment did not interfere with the patients’ own protective response to Covid-19.

Prof Gerry McElvaney of the RCSI Department of Medicine and Beaumont Hospital, Dublin, is Senior Author of the new research, which has been published in Med. The Consultant Respiratory Physician spoke with the Medical Independent (MI) about the potential for this treatment approach to save lives and add a new option to the treatment armament of physicians dealing with these extremely vulnerable patients.

“From the very beginning of Covid, we had been working on trying to understand the inflammation in the lungs and the rest of the body that occurred because of Covid infection,” Prof McElvaney explained. “We got a good handle on that. We learned early on that there are certain pro-inflammatory proteins in the blood that were found in Covid infections. We worked on ways of understanding those, because rather than just taking a ‘blanket’ approach and inhibiting those proteins, we wanted to find out what they caused and whether there was a physiological way to inhibit them,” he told MI.

“We hit on the idea that although these individuals with severe Covid infection – we are talking about people who are on ventilators, for example – although they had a good, robust anti-inflammatory response, in some cases it wasn’t effective enough to save them. We were working with colleagues in the US initially, and we found that there was a lot more inflammation than we had thought,” he said.

One of the human body’s main anti-inflammatory agents is the alpha-1 antitrypsin protein, and this prompted Prof McElvaney and his colleagues to measure the levels of the protein in blood. They found that in people with severe Covid infection, whilst the levels of it were high, they were not sufficiently high to protect these patients’ lungs. “This gave us the impetus to design a study whereby we gave extra alpha-1 to people with Covid infection who are on ventilators. The idea was – because we weren’t 100 per cent sure it would work – that we wanted to compare it to placebo, so some people got placebo, and some got alpha-1,” he explained.

In the study, alpha-1 was given in two dosages: As a single once-off intravenous dose, followed by placebo once a week; and in the other group, once a week for four weeks. “We wanted to see whether giving this intravenous alpha-1 would decrease the inflammatory burden in people with Covid-19,” said Prof McElvaney. “Although it was a small study, we also wanted to see if it would have any physiological effect. It was a double-blinded, placebo-controlled trial with a relatively small number of patients, but we powered it; we knew how many people we would have to evaluate to see whether we would get an effect.”

“We found that the key parameter that we were looking at was the effect of alpha-1 on a specific pro-inflammatory protein called interleukin-6 [IL-6] at day seven,” he continued. “We showed that intravenous alpha-1 decreased IL-6 at day seven, whereas with people given placebo, the IL-6 continued to rise at day seven.” There were unexpected bonus findings associated with the study, Prof McElvaney pointed out. “We also found that alpha-1 had other anti-inflammatory effects too – it actually decreased other pro-inflammatory cytokines.

“There were two other interesting things arising from that,” he said. “When steroids are administered, they seem to have great effect in inhibiting everything, but alpha-1 seemed to be a bit more selective. It inhibited pro-inflammatory cytokines, but did not inhibit anti-inflammatory cytokines, so this was a quite interesting effect. It gave some indication, but which was not statistically significant, in having an effect on time to extubate.” Prof McElvaney also pointed out that the alpha-1 used in the study was plasma-purified alpha-1, a protein that has already been used for many years throughout Europe and the US to treat patients with alpha-1 deficiency. “Unfortunately, in Ireland, our health service doesn’t reimburse for that, so we only have a small number of people in Ireland receiving plasma-purified alpha-1 antitrypsin for alpha-1 deficiency; a very small number compared to other countries. But we had a good idea about how it works because of that.”

In addition to its promising potential for Covid treatment, Prof McElvaney’s research opens the door for clinical possibilities in a wider range of conditions. “What we really know is, it’s good in treating inflammation,” he said. “For example, in people with ARDS, even if it is not caused by Covid, theoretically, alpha-1 could work there too.

“There is good US data. Alpha-1 is effective in people with alpha-1 deficiency; it may also be very useful in people with bronchiectasis or even cystic fibrosis bronchiectasis, where there is a lot of inflammation in the lungs, and we have actually been looking at that. There are a few other conditions [it could be applied to] – there is a very interesting skin condition associated with alpha-1 deficiency called panniculitis. We know that intravenous alpha-1 melts that away; it just cures it straight away, so it could also be used for certain skin conditions. Also, there is a series of conditions called vasculitides, and we know that alpha-1 may have a role in treating some of these vascular diseases as well. So the big ones [conditions] as I see it are in alpha-1 deficiency; ordinary COPD; ARDS, be it Covid-or non-Covid related; bronchiectasis, either cystic fibrosis or non-CF bronchiectasis; and panniculitis or vasculitis.”

Taken on the whole, the results of this translational research should open the door to reimbursement for alpha-1 as a therapy, Prof McElvaney suggested. “We are falling well behind the rest of Europe in this regard; most European countries pay for this [therapy]. In fact, we are conducting a big study at the moment with alpha-1 groups in Switzerland and Austria and the difference between us and them is that perhaps 50-to-60 per cent of their patients are on intravenous augmentation therapy, and we have less than 5 per cent of our people on it.” This highlights the acute problem in Ireland of gaining reimbursement for rare diseases: “And if you put this in context, even with the super-drugs we have for cystic fibrosis, there was an inordinate amount of effort that went into getting reimbursement for those in this country, which to me is bizarre.”

In the context of Covid, is this treatment breakthrough effective across all variants? “The people we looked at specifically were the very sick people,” Prof McElvaney said. “We looked at people on ventilators, for example, but it could be even more effective in people who are not yet on ventilators. We have no data on this, but it may actually even prevent the need for ventilation in some people, if it is given early enough. At that stage, the ‘horse has bolted’ so to speak, so it doesn’t really matter what variant they have. At that point, you are in an extreme situation because your lungs are so inflamed so at that point, the variant is irrelevant.

“Interestingly,” he continued, “alpha-1 may have another effect on Covid – it may also affect the ability of the virus to get into cells. One of the ways by which the SARS-CoV-2 virus gets into cells is that it is modified by a protease inside the cell, and alpha-1 inhibits that protease. So in addition to its anti-inflammatory effect, it may also have an antiviral effect. It is the second-most common protein in the body and it changes according to certain inflammatory processes.

“We know that in Covid, the patients’ response to severe infection is not only to increase the amount of alpha-1 they have, but also to add certain sugars to it to make it more effective in being anti-inflammatory – there’s just not enough of it.”