Keeping an eye on progress in retinal diseases 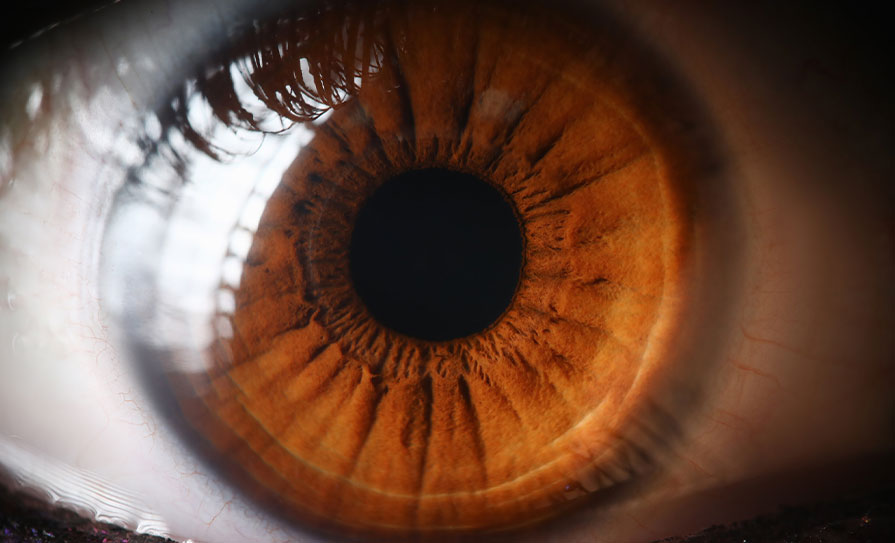 Leading international eye experts recently gathered in Ireland to share pioneering research outcomes and information in the field of ophthalmology.

Fighting blindness, an Irish-based patient-led charity founded almost 40 years ago, hosted the in-person event, titled Retina 2022, in Dublin for the first time since 2019.

Scientists and clinicians from across the globe shared advances in the specialty as part of ongoing efforts to find better treatments and cures for vision impairment and blindness, which affect about 272,000 people in Ireland.

The event began with a StarT symposium, focused on international and Irish Stargardt disease research developments.

Stargardt disease, also known as fundus flavimaculatus, is an inherited retinal degeneration that causes progressive loss of vision is a result of damage to the central region of the retina (the macula).

“The macula contains photoreceptor cells known as cone cells, which are responsible for fine, detailed, central (reading) vision and for colour vision. This condition in turn leads to a loss of central and colour vision, but peripheral (side vision) is usually preserved. Stargardt disease can be variable in that the age at onset and rate of progression of vision loss can differ between individuals,” according to the charity.

Trinity College Dublin (TCD) is one of the 14 StarT network project partners worldwide. StarT is a European integrated training network established to advance diagnosis, understanding, and treatment of the rare disease.

At the symposium, 14 early-stage research Fellows from the StarT network, which is EU-funded, presented their findings on areas including genomics, disease mechanisms, and therapeutics.

Among the speakers was Prof Mariya Moosajee, Francis Crick Institute, London, whose work ranges from developing new therapies for inherited retinal diseases to developing patient understanding with the creation of the Gene Vision online resource on rare genetic eye disorders.

The area is of particular interest to Prof Jane Farrar, Head of the School of Genetics and Microbiology at the Trinity Institute of Neurosciences. Prof Farrar is an official StarT partner and also took part in the symposium discussion.

Although referred to as a rare disease, Prof Farrar told the Medical Independent (MI) that it is the most common form of inherited juvenile macular degeneration, with a prevalence estimated at between one-in-8,000 and one-in-10,000 people.

Most people with the disease carry a mutation in the ABCA4 gene, which is inherited in a recessive way by both parents carrying a mutation, she explained.

In Ireland, different mutations in the Stargardt disease population are being examined as part of the StarT project.

“We found one or two really interesting things so far. The Irish population is enriched in some mutations. We’re also interested in what happens when you have a mutation in the ABCA4 gene and one of the things it seems is there is mitochondrial dysfunction… that happens in quite a number of diseases,” Prof Farrar told MI in advance of the conference.

Dr Sophia Millington-Ward (PhD), Senior Research Fellow in Genetics at TCD, made a presentation at the conference, which she described as the most important scientific meeting for eye specialists in Ireland.

Speaking to MI before her talk, Dr Millington-Ward said the work in this country aims to define the Stargardt disease mutations in the Irish population.

“We are very interested in Stargardt disease and defining the mutations in the Irish population. We’re also broadly, in terms of therapies, interested in an umbrella dysfunction, something that is affected in many retinal degenerations, particularly ageing diseases, which is mitochondrial dysfunction, when the mitochondria don’t produce enough energy over a long stretch of time,” she said.

“Globally, it’s felt the cells of the retina over time suffer and you begin to lose these important cells as you age. Age-related macular degeneration [AMD] is a very good example of that and I’ve been working on that for the past five years with my colleagues.”

AMD is very common and is caused by age, environmental factors, lifestyle, and smoking, among other factors. It affects about 10 per cent of people over the age of 65 and only increases further with age.

Prof Farrar described the research underway worldwide around eye diseases as “very exciting” due, in part, to the emerging medical discipline of genomic medicine.

“We are in the era of genomic medicine, understanding the cause of the disease and designing much more potent therapeutic solutions.”

As more therapies emerge, she underlined that the patient voice would become increasingly important in ensuring patients receive access to improved therapeutics.

“Those roles will be increasingly important. The first gene therapy has been approved in the US by the FDA [Food and Drug Administration] in 2017 and by the EMA [European Medicines Agency] in Europe in 2018. Patients need to get access to these therapies and there are a lot in clinical trials right now. The patient voice in terms of getting access to therapies will be really important.”

“Rare diseases are individually rare, but taken together they are common, even the group of eye diseases together are very common. There are a lot of people trying to use their voice to push the agenda on that.”

The Retina Conference highlighted the immense body of research at work internationally, with many exciting developments underway.

Other speakers covered topics including dysfunction in retinal pigment epithelial cells, emerging gene and optogenetic therapies, and adaptive optics in the study of AMD.

Prof Farrar congratulated Fighting Blindness for organising and funding the conference, which had scientists from the US, England, and Italy, among other countries, in attendance.

“What is unique about this conference is that it’s driven by patients. Most scientific conferences are driven by scientists. But this is driven by Fighting Blindness… who are trying to bring cutting-edge science to Ireland and also to channel that back to patients.”

A patient engagement day where patients could interact with organisations, scientists, and clinicians, “working together hand-in-hand to do the best for patients,” was a key part of the event, Prof Farrar added.

Dr Millington-Ward echoed Prof Farrar’s sentiments on the significance difference patients can make and thanked all eye research funders for their efforts.

“We could never do any of our work without our funding bodies and we are immensely grateful to all of them,” Dr Millington-Ward said.

“Fighting Blindness were our first funders in this lab and they have always supported us. There is no research without all the funders. We are very grateful.”