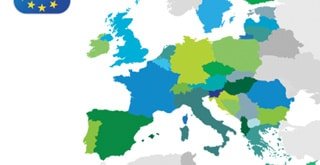 A review of staffing levels at the HSE’s CBD office is underway due to the huge increase in work activity at the office, it is understood.

The directive gives Irish patients the choice of receiving healthcare in another EU or European Economic Area (EEA) country. Demand has risen in the context of delayed access to public outpatient and inpatient care. As of December, the number of people awaiting outpatient appointments in public hospitals was over 516,000, while more than 70,000 people were on the inpatient/day case waiting list.

A HSE spokesperson told the Medical Independent (MI) the data supplied could change, as the CBD office was in receipt of about 1,500 pieces of post yet to be processed.

“The office is currently working on post received between 25/10/2018 and 07/11/2018. Our normal turnaround timeframe to issue a response within 20 days is now 50 days due to volumes of activity versus resources,” the spokesperson said.

In reply to a recent Parliamentary Question by Deputy Róisín Shortall, Minister for Health Simon Harris said the HSE had acknowledged “their target of processing CBD reimbursements within 20 working dates has been exceeded due to the continued increase in the number of applications for reimbursement being received since the CBD office was established in 2014”.

“Reimbursement applications have risen from 164 in 2015 (the first full year of the CBD) to in excess of 3,000 as of November 2018. Nevertheless, the HSE informs me that it remains committed to monitoring and reviewing this situation and providing reimbursement to CBD patients in a timely manner given the resources it has available.”

The CBD covers treatments that are publicly funded and available in Ireland, including inpatient and outpatient treatments. Some treatments are not included, including organ transplantation, long-term care, nursing home care and public health initiatives.