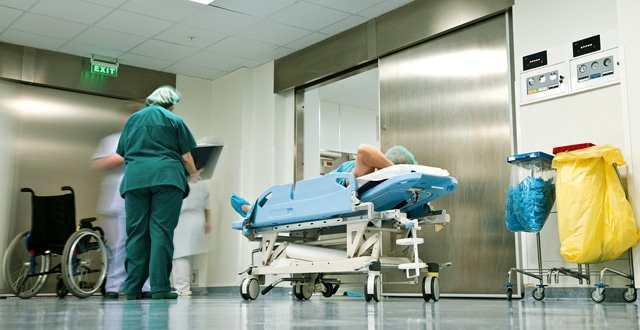 Dr Donal O’Hanlon, IHCA President, said the 2019 NSP does not provide the resources needed to address the two main capacity deficits in hospitals, “namely the insufficient number of acute hospital [beds] and the large number of permanent consultant posts that cannot be filled”.

He said the Government’s current pay policy “which is discriminating against new hospital consultants” has led to one-in-five permanent consultant post being unfillable.

The IHCA President said the “staggering deficits” in hospital beds and consultants are the root causes of tens of thousands of patients being treated on trolleys and the unacceptable waiting lists for surgery and outpatient appointments.

Dr O’Hanlon said there is a clear lack of urgency on the part of the Minister for Health Simon Harris and the Government in providing the required hospital beds and also dealing with a “seemingly intractable consultant recruitment crisis”. These key issues, highlighted in the Government-commissioned Capacity Review, the National Development Plan and the Public Service Pay Commission Report, have not been addressed in the proposed service plan, according to the Association.

Dr O’Hanlon said the extent of the current under-resourcing of public hospitals is such that essential surgery is being cancelled in many hospitals for large parts of January where theatre closures are the norm. He said in St James’s Hospital, the largest cancer hospital in the country, four of the 13 operating theatres are closed because of bed and staff shortages.

The IHCA President said that a fundamental capacity deficit is exacerbating wintertime hospital overcrowding because of a failure to replace the 1,400 inpatient beds, which were closed since 2006.

Furthermore, he said there was no realistic plan to commission the additional 2,600 acute beds recommended in the Capacity Review and funded in the National Development Plan.

He concluded that a plan is required to put the 2,600 public hospital beds in place over the next five years and fill the 500 or more permanent consultant posts without delay.

Meanwhile, in a statement yesterday, the NAGP said it was “shocked” by the contents of the NSP.

Dr Maitiú O Tuathail, President of the NAGP, said the service plan “is nothing short of a disgrace, when you put it against the backdrop of the Sláintecare plan but is unfortunately what we have now come to expect on an annualised basis.”

He said 2019 will be the year when waiting lists for GP appointments will “reach crisis levels never seen in this country in the past, and where an ever increasing number of patients will be unable to access a GP”.

The Association said the chapter on primary care “provides no detail as to what level of resources will be made available for general practice in the coming year”.

This service plan is based on an increased budget of over €848 million over the revised allocation for last year and brings the total HSE budget for the 2019 financial year to over €16 billion.

According to Minister Harris: “This is the largest ever financial allocation provided to our health services and will enable us to continue to improve services for our patients and for the Irish public who want to see continued investment in public services. It represents the fifth year that the Health Budget has increased significantly and shows the continued commitment Government is making in this area. ”

However, calculations in the service plan indicate that the HSE will be under-funded to the tune of €50 million in 2019, excluding the cost of additional service activity from 1 January 2019 to deal with demographic, technology, unmet need and other pressures on the system. The matter was highlighted by senior HSE officials yesterday at the launch of plan.