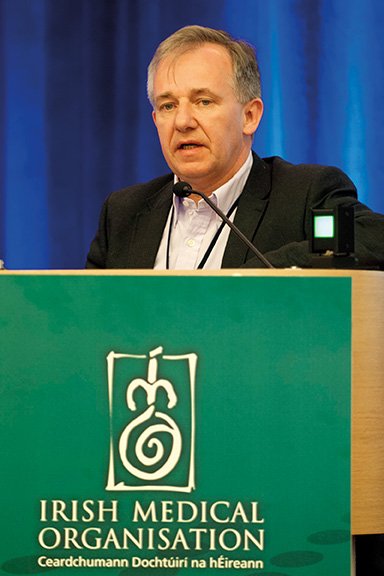 Concern has been raised by GPs regarding available capacity within general practice to rollout the influenza vaccine to around 750,000 children this winter.

In May, the Government announced plans to extend provision of the vaccine to children aged 2 to 12 years without charge.

A total of 600,000 doses of Live Attenuated Influenza Vaccine (LAIV) intranasal vaccine have been contracted by the HSE for children, which is sufficient for an estimated uptake of 80 per cent. The nasal vaccine, which is 83 per cent effective, will be available in mid-October.

The move is supported by GPs but concerns have emerged around the logistics of how such large numbers will be accommodated in busy practices amid a pandemic.

Many GPs feel safe delivery of the vaccine in general practice is not possible given the large volume of patients.

GPs have suggested ‘GP car parks’ as an alternative site for administration, while some have called for separate clinics to be established.

However, according to a spokesperson for the HSE, this year’s HSE flu vaccination programme will be delivered “as usual through GPs, community pharmacists and occupational health services”.

“Children between ages 2 and 12 are the only additional group and are expected to be vaccinated similarly.”

Discussions on the fee paid to GPs to provide the service are continuing with the IMO, IMO President Dr Pádraig McGarry told the Medical Independent (MI).

Many GPs believe the fee currently paid, €15 per vaccine administration, is inadequate.

Monaghan-based GP Dr Illona Duffy said there was a lack of understanding regarding the existing workload in general practice.

She said there was a sense of frustration and anger among GPs regarding plans and that GPs were “exhausted”. She suggested Covid-19 community assessment hubs as a possible alternative to facilitate vaccinations.

GP Dr Maitiu O Tuathail described the fee paid to GPs for providing the flu vaccine as “derisory” and argued a lot of work was involved in its administration.

He said huge effort was required to increase vaccine uptake in the community and maintained this required increased resources.

A HSE spokesperson said around 750,000 children between two and 12 years of age are eligible to receive the vaccine.

Up to 10 per cent of children attend their GP with flu in an average season and younger children are more at risk of serious complications.

“Children can also transmit the infection to other children, their family and others at risk. Vaccination of this group will reduce both their rates of influenza infection and flu-related complications and also lower transmission to others in the community,” said the spokesperson.

“Data from the Public Health England, where the seasonal influenza programme for children is well established for a number of years, shows a national uptake of 60.8 per cent for school-aged children and 44.9 per cent for pre-school children.”