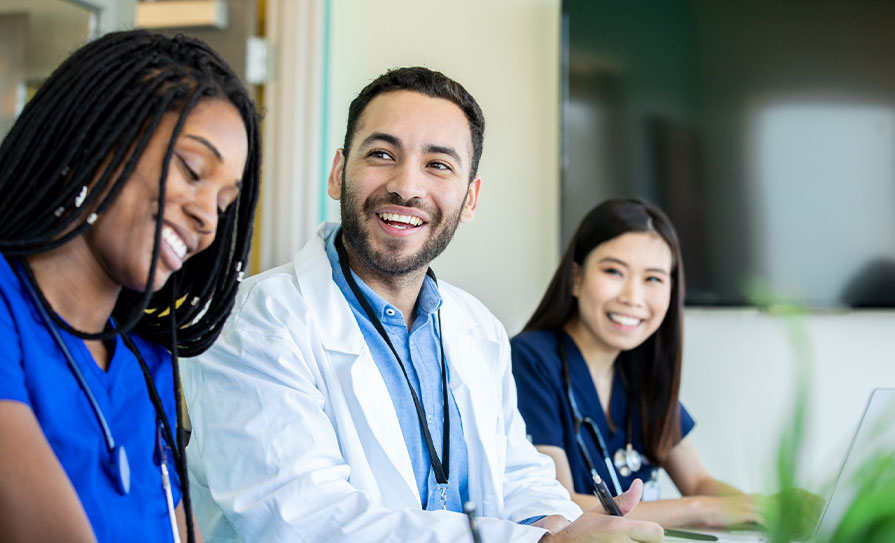 The plight of young doctors does not differ greatly from when the difficult decision was made to strike in 2013.

I recently walked out of my hospital for the final time as a trainee, nine years on from the day I began. I was a little emotionally incontinent on both days, although for different reasons. Churning insides and hot flushes of new responsibility had me at the start. Now though, it was the sense of unmooring that, I think, affects most trainees when they finish in Ireland. We complain a lot about the chaos of rotations and NCHD life, but it is a familiar, predictable chaos and a constant in our lives. It’s our chaos. Being institutionalised is problematic both when you’re in the institution and when you leave it.

It reminded me of how much the world has changed since 2013 – the end of the recession, Brexit, rise of Trump, and the sucker punch of Covid. The callow bunch I started with have become grizzled husks, progressing through mortgages, marriages, and babies. And yet, in medicine, some things have never changed.

In 2013 we struggled with thin rotas and pandemonium at time of changeover; we still do today. We seem no closer to reversing the 30 per cent consultant pay cut of the financial crisis. Perhaps as a result of this, the annual migration of trainees to Australia continues, with fewer and fewer returning each year. I could continue in this vein, but you get the idea. Looming over us then was the question of what next, and it looms again now.

In the NCHD strike of 2013, the first since 1987, the main focus was to end shifts of greater than 24 hours. We went on strike, with some success, and relatively quickly too – medical on-call shifts in most hospitals I have worked in since were being kept to 13 hours. However, it is far from universal: 40 per cent of trainees still report working shifts in excess of 24 hours. And another main goal from that campaign, to enforce the European Working Time Directive of 48 hours’ work per week, is near-universally breached.

Nobody should be expected to take this lying down. The IMO has entered negotiations with the Department of Health, but anyone having a smidge of familiarity with the Department’s attitude to doctors would hold off on popping the champagne corks. Which brings focus on the ‘what next’? Strike action, the nuclear escalation that nobody wants, is at the edge of our attention and the back of our mind.

For most of us, this sits uneasily, and rightfully so: Doctors should have an instinctive scepticism about anything that prevents them caring for patients. I am still uncomfortable when I read about it. But this unease doesn’t automatically mean that it’s wrong: Doing the right thing is often uncomfortable.

Hostility may come from unexpected places. I have not forgotten the prominent commentator who appeared on RTÉ News on the day of our last strike to describe it as “morally reprehensible”. He suggested that we not attend hospital committee meetings as a protest instead. It is hard to take these on as serious suggestions for change.

The President of the UK’s Royal College of Physicians similarly said in a recent newspaper interview that she did not agree with British trainee plans for industrial action because “you’re talking about patients here”.

It is a truism to say that, in doctors’ labour relations, we are ‘talking about patients’. We’re part of a weave in the same tapestry. We talk about patients constantly. The mistake is to presume that the safe approach is doing nothing. All of our choices have consequences and not acting is a choice too. Negotiations and demands during the years leading up to 2013 had led to little. If we had not gone on strike in 2013, we probably would have lived through nine more years of 36-hour shifts and fatigued doctors unable to look after their patients and themselves. While it was a difficult decision at the time, I do not have regrets about how we acted then, and I don’t believe anyone should.

None of this is to say that a strike is an inevitability or desirable. There is always room for pragmatism and thaw in negotiations, even over the frostiest divides, and everybody wants to avoid that escalation. I am optimistic because I have seen extraordinary talent and energy from so many people I’ve worked with over the past nine years. This has been from doctors, but also, yes, from management. The capacity is clearly there to achieve progress and it just requires some goodwill from the right quarters. I’m no longer around to experience what happens next – I’ve moved (for hopefully my second-last rotation ever) abroad on Fellowship. But I will owe a lot to the people who work the hours of their free time to finally settle this, for patients, doctors, and their long-suffering families.

One response to “What next for NCHDs?”