The hazards of barbecue season 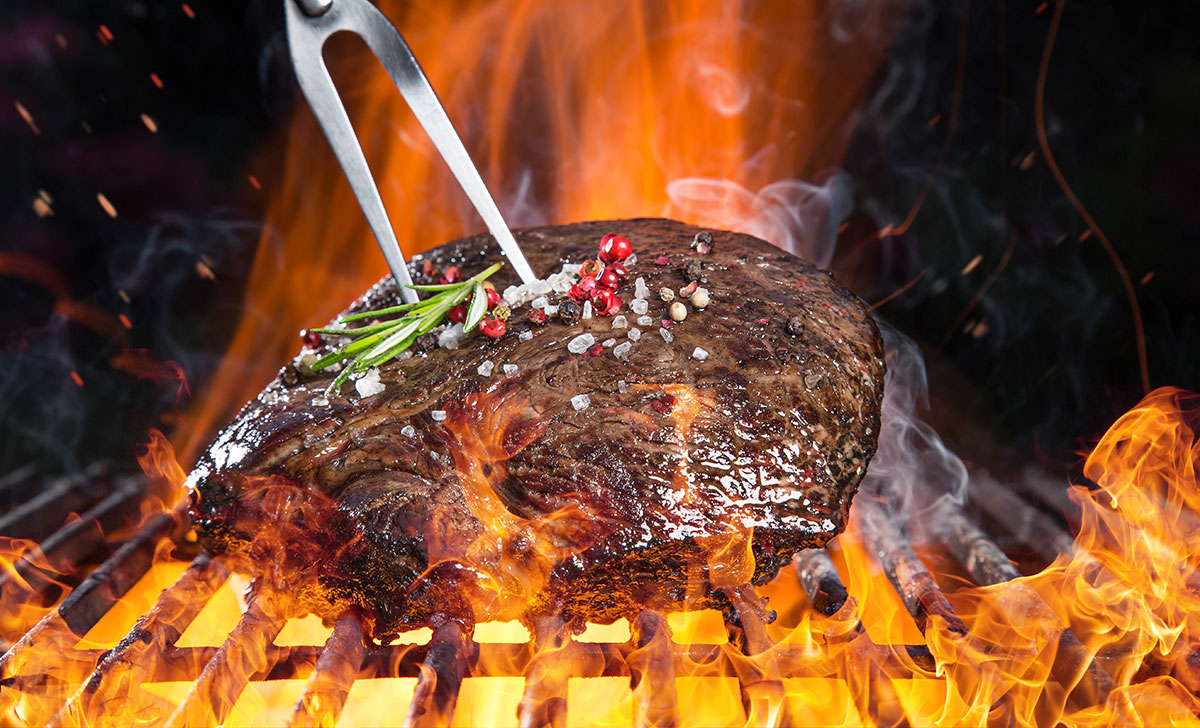 Research highlighting the health dangers posed by barbecues is not a case of smoke without fire.

With spring merging into summer, a switch is thrown in the brains of all adult males throughout the land, and an as-yet-undefined physiological mechanism generates a primal impulse whose ominous portent will all too soon be unleashed when that dreaded trigger phrase is uttered: “Let’s have a barbecue.”

First, there is the ritual donning of a back-to-front baseball cap, a pair of multi-pocketed shorts, and an amusingly captioned apron; next comes the thunderous clatter of a freezer being ransacked for burgers, steaks, and diverse meaty provender; and finally, the barbecue appliance is trundled into place like a mobile howitzer.

Although Western supermarkets offer fun-sized barbecue trays that can accommodate a free-range dormouse, serious roasters with a licence to grill favour chrome-plated contraptions that shoot flames like fast-jet afterburners and have enough capacity to feed an infantry division.

Contrast this with Sue Shephard’s Pickled, Potted and Canned (2000), where she describes what the Arawak and Carib natives of the Caribbean did when they wanted to dry and smoke meat: They made “green-wood lattices erected over fires made of animal bones and hide”.

The technique was called “boucan” by the Caribs, with the Spanish naming the green-wood lattice “barbacoa”, from which the word “barbecue” derives. Maybe TS Eliot anticipated this cultural difference when he wrote: “We had the experience, but missed the meaning.”

Evolutionary biologists suggest that men oversee meat grilling because it harks back to our days on the savannah. Perhaps because I was born and raised in North Belfast – where no savannah interrupted the urban vistas I scanned, and “green-wood lattices erected over fires made of animal bones and hide” were shunned in favour of burning buses – barbecues hold scant allure for me.

“He put her in a ranch house on a hill/She could see the valley barbecues/From her window-sill,” Joni Mitchell observes in the title song of her album The Hissing of Summer Lawns (1975). Well, down here in the valley I stare with envy at Joni’s ranch house, free of heady zephyrs bearing the vapourised remains of scorched beef prepared by over-confident males.

If I must attend a barbecue, I prefer my meat to be cooked by a female, since females tend not to be distracted by the task of swilling large volumes of lager while turning chops and telling jokes. Such behaviour courts the risk of duodenal havoc, as Dedania et al note in Case Reports in Gastroenterology (2016;10:800–807), where they describe how a 58-year-old Caucasian male presented, complaining of “halitosis, not improving after oral care and dental hygiene measures”.

Further investigation revealed a bristle of a barbecue grill-cleaning brush embedded in his duodenum, and “[i]n retrospective questioning, our patient reported an avid interest in outdoor food grilling”.

And as Kim et al report in the Annals of Occupational and Environmental Medicine (2015; 27:13), in Europe and the United States, using a “charcoal barbecue grill is considered hazardous due to the potentially hazardous levels of carbon monoxide produced”, citing one case in Australia who “died of carbon monoxide poisoning after using charcoal for cooking purposes”.

The case described by Kim et al was a 47-year-old male whose “primary duty was to ignite and manage the charcoal used for barbecuing meat at the restaurant. He worked 10 hours a day six days a week.” Within a fortnight of starting “he suddenly collapsed and lost consciousness while on duty”.

The patient recovered, but this is the first report from South Korea of “a worker from the restaurant sector of the service industry, who handled charcoal and suffered from carbon monoxide poisoning, with a complication of cardiomyopathy”.

Meanwhile, in the less formal settings of back gardens, for example, kitchen hygiene protocols may not always be followed with appropriate rigour, as Mertens et al highlight in ‘Severe infections caused by Salmonella Enteritidis PT8/7 linked to a private barbecue’ in Epidemiology and Infection (2013; 141: 277–283). They describe 11 cases from a barbecue attended by 14 healthy young adults, all in their 20s.

The barbie lasted from about three in the afternoon until after midnight and all 14 “became ill with gastroenteric symptoms that night or the day after the party. Guests started to eat between 15:00 and 22:00 hours. The food and drinks were brought by the guests and were laid on the buffet table without cooling.”

But, neither undercooked poultry nor dodgy pork was the culprit. Rather, “the most likely vehicle was the vegetable pasta salad, as all cases had eaten it and the person who had prepared it was infected with the same strain” …and “[s]toring the salad at room temperature for 23 hours allowed a substantial increase of bacterial load, which can explain the severe infections of all barbecue guests”.

It’s probably just me, but I fail to see why, when a perfectly usable kitchen is located adjacent to a garden, food can’t be cooked inside and brought outside to eat. Peering through the smoke haze at a hunk of beef that’s been seared black on its surface yet remains deep-frozen within does little to get my tastebuds zinging with anticipation.