The benefit of plant-based diets 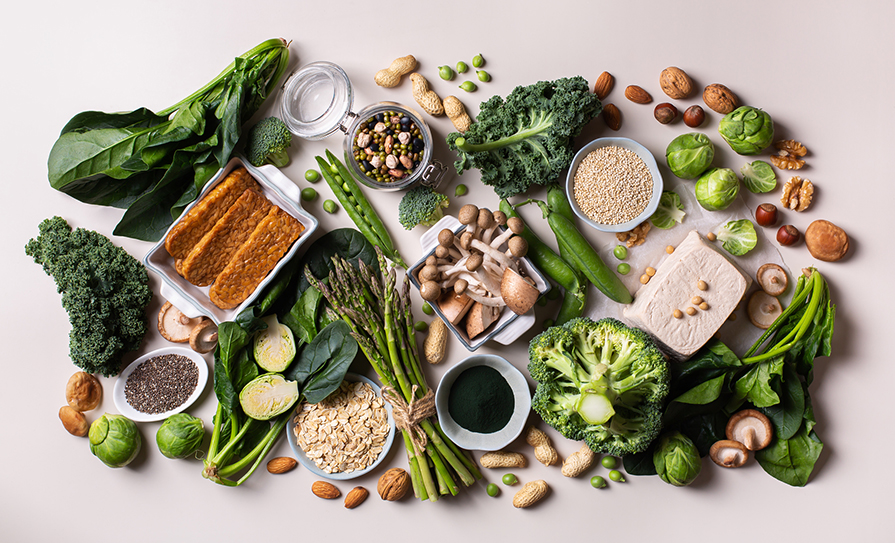 Readers of the Medical Independent are no strangers to the daily groans and strains from our increasingly frail healthcare system. Despite pandemics, supply chain shortages, intermittent staffing, and winter surges, Irish healthcare continues to deliver to the needs of our population.

Yet it may be our aging population which may overwhelm capacity in the coming years. The Central Statistics Office estimates there will be one million additional over 65-year-olds living in Ireland by 2050, and the Irish Longitudinal Study on Ageing estimates there may be 100,000 adults living with dementia.

The current prevalence of diabetes is conservatively estimated to be 6.5 per cent, already accounting for 10 per cent of the health spend, and with further predictions that Ireland will soon top the EU for rates of obesity. While lifespan has increased in previous decades, health span has simultaneously decreased.

The question we must ask ourselves is where the capacity is to be found to manage increasing rates of chronic disease. Lifestyle factors, in conjunction with advances in therapeutics and other health technologies, may mitigate or prevent many of the chronic diseases that have the potential to overwhelm Ireland’s healthcare system.

With respect to the climate crisis, “code red for humanity” was the grim summation of the most recent intergovernmental panel on climate change climate reports by the UN. It has also been described as the greatest health threat of the 21st Century by The Lancet. We are also living in uncertain times with respect to climate tipping points, when changes in the climate system becomes self-perpetuating beyond certain thresholds, leading to positive feedback and further planetary breakdown. Several of these tipping points may have already been passed, eg, loss of Greenland and Antarctic ice sheet, with loss of their reflective properties, which may lead to more rapid warming, which in turn may increase permafrost cooling with subsequent release of methane, itself a greenhouse gas with a much higher warming potential than carbon dioxide.

Ireland now has legally binding carbon reduction targets, and as an EU member state these will be enforced. It is estimated that the healthcare we deliver today is adding to the climate crisis of tomorrow, such is our resource and carbon intensive healthcare system. Healthcare will soon be included in the path to ‘net zero’, and the HSE will soon announce its own sustainability strategy. This context, with eight years to halve our national emissions, leads us to the role of plant-based diets to protect human and planetary health.

We often make health decisions on evidence that is of moderate or weak strength, eg, prescribing antibiotics for self-limiting respiratory infections. So when we find strong evidence we should pay close attention to that signal. The European Society of Cardiology recently updated their guidance for primary prevention of Ireland’s number one cause of death: Cardiovascular disease. Their class I, level A evidence is to limit animal foods and eat towards a plant-based diet, in addition to advice on smoking cessation, alcohol moderation, and exercise.

With respect to the relationship between meat and cancer, the International Agency for Research on Cancer monograph includes hundreds of studies with specific inclusion-exclusion criteria, cohort studies with wide contrasts in meat intake, sufficient event rates and participant numbers, etc, and found a dose-dependent relationship between high intake of red and processed meat with increased risk of colorectal, colon and rectal cancers.

The World Health Organisation, and many other guidelines, recognise this relationship, and while they still recommend animal products in their official healthy diet guidelines, the overall evidence of prospective studies supports limiting red and processed meat consumption for the prevention of colorectal cancer.

Finally, the American Gut Project, the largest microbiome study ever conducted, has reduced its key recommendations to state that the greatest predicator of a healthy gut is the diversity of plants in our diet. The sheer abundance of longitudinal evidence, from petri dish to population study, is why the recommendation to consume a diet mainly consisting of plants, remains a consistent
signal from the literature and subsequent dietary guidelines.

The most recent estimate of livestock global emissions is 9.9Gt CO2 per year, which equates to 20 per cent of total global emissions (compared global transportation at 7.2Gt). Global food production is also responsible for half of all habitable land used for grazing and 70 per cent of global freshwater use. Global wildlife has been almost completely replaced with 94 per cent of all mammal biomass, excluding humans, now livestock and
71 per cent of the global bird biomass now poultry.

There are consequences to the eradication of natural systems and biodiversity. H1N1/ swine flu was spill over from our dietary choices. Outbreaks of avian flu are blamed on wild birds, but the breeding ground is factory farming. Antimicrobial resistance is simultaneously a future threat and current disaster, yet the majority of antibiotic consumption is used in animal agriculture (In Ireland approximately 100 tonnes every year). Such is the antibiotic footprint of animal products, our dietary choices and recommendation could be considered forms of antimicrobial stewardship.

Simultaneously, Ireland has one of the highest rates of groundwater contamination of E.coli; a function of septic tanks, herd number, and perhaps that Ireland has the least tree coverage in Europe. In the 1990s Ireland had hundreds of rivers in pristine condition; the Environmental Protection Agency now estimates the number has plummeted to 20, the main pressure being intensive agriculture. These are just some of the reasons animal agriculture receives so much attention from environmental reports time and again, particularly in Ireland, which has such an intensive export driven business model.

We have managed to convince ourselves that to grow old is to acquire chronic diseases and to become ill. Yet studies of the world’s longest living populations, the ‘blue zones’, has shown a number of traits that link these disparate global areas, one of the most powerful is that of a plant-based diet. The co-benefits of adding more plants to our plates is not only to reduce future rates of heart disease, frailty, and cognitive decline, it also one of the most powerful ways of reducing our carbon, water, antibiotic, and
waste footprint.

There is nothing less controversial in medicine than increasing your consumption of plants and recommending same for your patients. As evidence-based healthcare professionals, it is our role to bring this strong signal from the evidence-base into our curriculum, our consultations and conversations and crucially into our kitchens. The power of adopting noncontroversial ideas, such as meat-free Mondays or giving simple plant-based recipes to patients, has a potentially powerful effect, not only in enhancing holistic and preventative care, but also showing leadership in the climate crisis. At a time of pending ecological collapse, the ethical onus for plant-based diets now extends far beyond animal welfare and into the protection of the very natural systems that our health depends.