The complex ethics of clinical publication 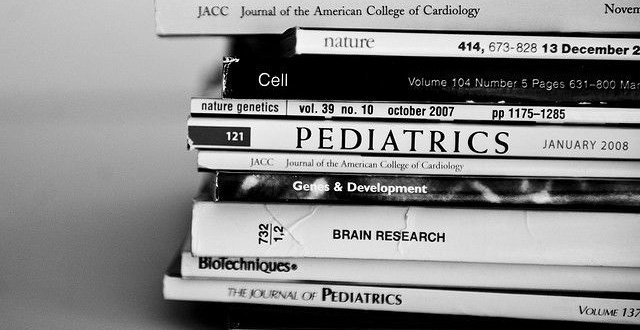 Everyone needs an editor”, observed London-born American writer Tim Foote (1926-2015), pointing out that Hitler’s original title for <em>Mein Kampf </em>(1925) was <em>Four-and-a-Half Years of Struggle against Lies, Stupidity and Cowardice</em>.

Leaving aside the thought that what Hitler needed more than an editor was an early demise, his rise to power and the collapse of the Weimar Republic enfeebled Germany’s hitherto vibrant medical press. For example, in his <em>Racial Hygiene: Medicine Under the Nazis</em> (1988: p70), Robert N Proctor notes how, in December 1933, Germany’s leading medical journal, the <em>Deutsches Ärzteblatt</em>, drooled over the benefits conferred by Nazism: “Never before has the German medical community stood before such important tasks as that which the national socialist ideal envisions for it.”

This “national socialist ideal” included human experimentation of appalling depravity. Decades later, the ethical backwash of those crimes stimulates contemporary debate in the biomedical community. For example, Dr Robert L Berger, in the <em>New England Journal of Medicine</em> (17 May 1990), considers ‘Nazi Science — The Dachau Hypothermia Experiments’, finding that some scientists insist on banning citations of these tainted data, while others advocate their dissemination, claiming that they might save lives.

Yet the assumption that the lessons of publishing and/or citing ethically-suspect experimental results might not have been lost on those who exercised medical editorial clout in the post-war era is mistaken. For example, published results acquired from the infamous 40-year Tuskegee Syphilis Study in Alabama evidently met editorial and ethical standards of scrutiny.

But in what other ways might patients’ lives be risked for the want of moral and editorial rigour? In a recent paper in the <em>Journal of Medical Ethics,</em> the philosopher Prof Thomas Ploug asks: ‘Should All Medical Research be Published? The Moral Responsibility of Medical Journal Editors’, contemplating the permissibility of conducting research but not publishing results. One example Ploug cites in support of his contention that publishing certain studies may harm patients is the analysis by Abramson et al in the <em>BMJ</em> (22 October 2013), titled ‘Should People at Low Risk of Cardiovascular Disease Take a Statin?”, where they note that “[t]he side-effects of statins… occur in about 20 per cent of people treated… ”

Ploug cites one study’s claim that “as many as 200,000 people in the UK have stopped taking statins” following media coverage, apparently increasing the likelihood of harmful effects to these people.

Ploug’s faith in editors’ ability to foresee “the potential harmful effects of publishing research” is evident because “[m]ost if not all editors have a background in research and therefore must be expected to be able to understand and critically engage with the content of research publications. And, very importantly, they are aided in these efforts by the reviewers, who may have a firmer grasp of specific areas within a particular field of medical research.”

So, did the editors/reviewers of the <em>British Journal of Sports Medicine</em> (online 21 January 2018) act irresponsibly in publishing ‘Statin Wars: Have we Been Misled About the Evidence? A Narrative Review’, a challenge to the efficacy of statins from Dr Maryanne Demasi, stating that “[d]octors and patients are being misled about the true benefits and harms of statins, and it is now a matter of urgency that the raw data from the clinical trials are released”?

Conversely, the notorious Naudé review raises questions about the extent to which certain editorial boards and reviewers are “able to understand and critically engage with the content of research publications”. In July 2014, the journal <em>PLoS One</em> published Naudé et al’s ‘Low Carbohydrate versus Isoenergetic Balanced Diets for Reducing Weight and Cardiovascular Risk: A Systematic Review and Meta-Analysis’. It reported that when the energy consumed by people following low-carbohydrate and balanced diets was similar, there was no difference in weight loss. This conclusion was crucial in Prof Tim Noakes — a leading promoter of low-carbohydrate, high-fat diets — being charged with “disgraceful conduct” by the Health Professions Council of South Africa two months later; a charge which he defeated… twice.

In ‘Lore of Nutrition: Challenging Conventional Dietary Beliefs’ (2017) by Noakes and Sboros, Noakes describes how his and UK researcher Dr Zoë Harcombe’s reanalysis of the review uncovered 15 material errors. Harcombe and Noakes corrected these errors, repeated the meta-analysis and found that the lower-carbohydrate diet “produced significantly greater weight loss than did the balanced diet”.

Harcombe and Noakes reported their findings in the <em>South Africa Medical Journal</em> (2016, 106: 1,179-1,182), asking whether the Naudé review was “mistake or mischief?”, with Noakes commenting in ‘Lore of Nutrition’ (p 128) that “the reluctance of the editors of <em>PLoS One</em> to properly investigate the nature of the material errors raises questions of who the journal is protecting, and why”. To date, the Naudé review remains unretracted. A correction that was issued on 2 July 2018 fails to address many remaining substantive issues raised by Harcombe and Noakes.

Scientific facts and human values are intertwined, entailing a moral responsibility on researchers and editorial boards to promote a spirit of genuine enquiry and constructive criticism based on ethically-acceptable content, but not unsubstantiated opinion nor authorial reputation.