Debates on deafness and education 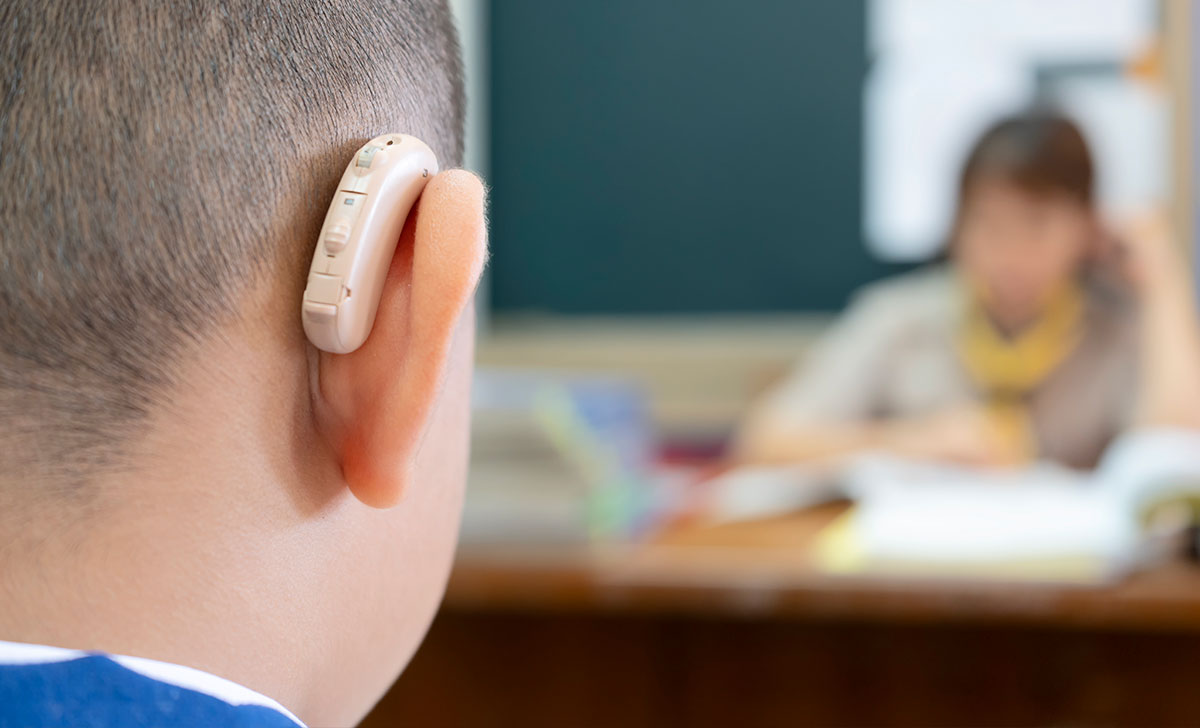 There have been differing views on addressing the educational needs of those with impaired or absent hearing.

Growing up in Belfast, I enjoyed visiting Granny; not only for fireside bread-toasting sessions, but also because Uncle Bobby was fun. Bobby – who lived with and cared for Granny – did card tricks; he let me spread over the floor his collection of cheap paperback Westerns to luxuriate in colourfully illustrated cover images of gun-toting cowboys; and I’d pester him into demonstrating his lightning-fast knife-sharpening skills on a honing steel, a tool of his trade as an abattoir worker.

After graduating to long trousers, I began to appreciate the daily burden that Bobby shouldered: He had been stone deaf since the age of 12 (around 1930), after contracting bacterial meningitis. When people enunciated properly, Bobby’s lip-reading skills helped him understand, but at family gatherings, when lively conversation precluded correct articulation, he floundered. Occasionally, he mimed. At one birthday party we caught each other’s eye across the room and I followed Bobby’s discrete gaze towards a tipsy aunt. He swayed imperceptibly on his seat, crossed his eyes, and looked decidedly queasy; a performance just for me that lasted about three seconds. I burst out laughing, my mother told me not to behave like an eejit, and Bobby stared out of the window, the shadow of a smile crossing his face.

The role of miming in the education of the deaf is explored by Jonathan Rée in I See a Voice: A Philosophical History (1999), explaining how in 1799 Joseph-Marie de Gérando published a treatise promoting gestural language, and speculating as to whether such languages might achieve a par with spoken language. De Gérando considered it a “vulgar prejudice” that the proper expression of thought depended on the production of sounds.

Yet in 1880, at the Second International Congress on Education of the Deaf, in Milan, sign language was declared inferior to speech, prompting the suppression of sign language in many deaf schools worldwide. In 2010, however, the 21st International Congress on the Education of the Deaf, in Vancouver, rejected the 1880 motions passed in Milan, and on 14 December 2017, the Irish Sign Language (ISL) Act was passed by the Dáil, recognising ISL as the native language of Deaf people and used by the Deaf community.

Rée also lays bare the opinionated fault lines that have developed among those who have sought to address the communication and educational needs of those with impaired or absent hearing. It is a theme that is expanded upon by Elizabeth S Matthews of the National University of Ireland in the journal Population, Space, and Place (2011, 17: 361–376), where she cites evidence highlighting “the need for a socio-cultural perspective on deafness, breaking away from the traditional medical view of hearing impairment”. In the socio-cultural model of deafness, ‘Deaf’ is capitalised, indicating membership of “a cultural and linguistic minority group”, whereas lowercase ‘deaf’ signifies a hearing deficiency, and those identifying with the socio-cultural model of deafness do not necessarily consider themselves disabled. Indeed, the Irish Deaf Society (IDS) www.irishdeafsociety.ie observes: “The Deaf community sees itself as a linguistic and cultural minority group as opposed to being disabled.”

Similarly, in Everyone Here Spoke Sign Language (1985), anthropologist Nora Ellen Groce describes her investigation of hereditary deafness on the island of Martha’s Vineyard, Massachusetts. For around 300 years, up until the early 20th Century, the population contained a relatively high number of profoundly Deaf people. Groce notes how almost everyone, hearing and deaf alike, used an efficient sign language, and writes: “The most striking fact about these Deaf men and women is that they were not handicapped, because no one perceived their deafness as a handicap.”

In this context, well-meaning individuals who look forward to the future eradication of deafness may be guilty of discrimination through inadvertence. For example, writing in the Journal of Deaf Studies and Deaf Education (2006; 11: 102–111), Hyde and Power consider ‘Some ethical dimensions of cochlear implantation for deaf children and their families’, finding that “parents of newly diagnosed deaf children are not provided with access to all the possibilities for their children, including that of a ‘Deaf life’.” Those responsible for implantation programmes, say the authors, should take care to address such issues when discussing the implantation counselling process with Deaf people. I cannot help thinking, however, that if Bobby could have had a cochlear implant that might have improved his hearing he would have jumped at the chance. Back then, Bobby was not part of a deaf (or Deaf) community; he was part of a family who struggled with, but largely ignored, his needs, and I for one feel no small measure of guilt that I could have done more to repay the many small kindnesses he bestowed on me.

The IDS states that ISL “is the first and/or preferred language of 5,000 Deaf people in Ireland and approximately 40,000 people in general will communicate in ISL (family, friends, co-workers, etc)”. Sometimes I wonder how Bobby – now long gone – might have fared in a society such as today’s where he could have enjoyed a proper education that extended his horizons beyond those bounded by the landscapes of cheap paperback Westerns.