The costs of healthcare reform 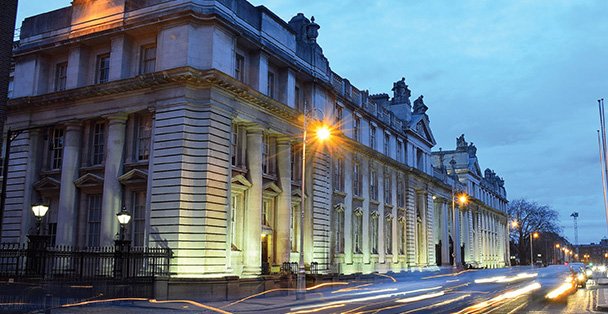 In the previous issue of the Medical Independent (MI), we revealed how the Department of Public Expenditure and Reform (DPER) said it would not support a draft memo for the Government on the regional division of the health service prior to discussing the HSE’s deteriorating financial situation with the Department of Health.

The position was taken due to the realisation that the Executive’s financial woes were worse than previously thought.

This issue’s MI contains further details from correspondence between the DPER and the Department of Health concerning the former’s doubts about the regional division plan.

Even prior to revelations about the HSE’s budget struggles, the DPER was not fully convinced by the proposal.

The DPER was unsure how the new regions would lead, for instance, to better financial planning. It also doubted whether there has been “sufficient reflection” on previous attempts to reform the health service.

The Department of Health said it acknowledged that the HSE’s finances need to be addressed. However, it stated this should not prevent the reform of the health service.

The DPER was concerned that the Government was going to have to commit to a proposal for which the cost and benefits were unclear. It was eventually agreed that the Government would sign-up in principle to the plan, but a business case would be required to work out the final details. This business case will not be completed until next year. Though the Department of Health resisted the DPER’s suggestion that the regional boundaries would be called ‘provisional’, it did concede that the boundaries could change if sufficient evidence was provided.

The commitment of the Government to Sláintecare has been questioned in some quarters due to the slow and uneven pace of implementation. The argument goes that the focus has been placed on the minor recommendations, rather than the major reforms. The delay in publishing the de Buitléir report on the removal of private practice from public hospital lends credence to this opinion. One cannot imagine that the DPER is keen for approximately €600 million in additional funding to be provided to public hospitals to make up for the shortfall in private income as outlined in that report.

The recommendation that the health service is divided into regions was another recommendation in the Sláintecare report. The DPER’s doubts about the plan, of course, focused largely on financial issues. It is interesting that the correspondence obtained by this newspaper took place across May and June, very shortly before the plan was announced in July. The back-and-forth between the Departments highlights the difficulty of getting any major health reform proposals over the line. Even when a proposal is mostly agreed upon, there is usually the requirement to produce a business case, which delays the matter further. The success or failure of Sláintecare will depend upon whether the DPER can be convinced about the financial costs of the reforms. The unfortunate reality is that the cost to patients of continuing under a dysfunctional health service is not foremost in its mind.