Treating type 2 diabetes and obesity: How to treat a twin pandemic 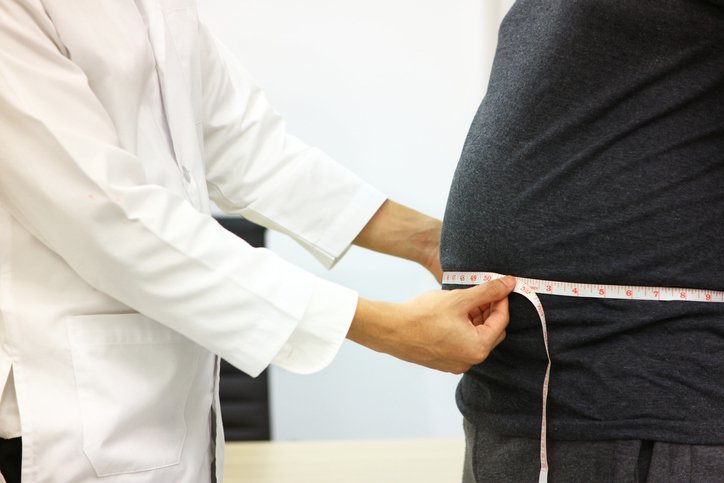 Type 2 diabetes and obesity commonly coexist. In fact, these two conditions can be considered as a twin pandemic affecting increasing numbers of people in Ireland. Many of the treatments for type 2 diabetes can inadvertently exacerbate concurrent obesity. In theory, the exacerbation of obesity can result in worsening insulin resistance which would make managing type 2 diabetes more difficult, potentially creating a vicious cycle of weight gain and suboptimal glycaemic control.

Therefore, when treating type 2 diabetes, it is important to consider the effect of this treatment on concurrent obesity. It is also important to select therapeutic interventions that can offer synergistic effects on both glycaemic control and body weight. Insulin, sulphonylureas and pioglitazone can all exacerbate obesity when used to improve glycaemic control in type 2 diabetes. Other agents such as DPP4 inhibitors and metformin are weight neutral and can be safely used in people with both type 2 diabetes and obesity. However, some pharmacological agents used to treat type 2 diabetes can also be used to help treat obesity. Therefore, these agents should be considered second-line after metformin in people with obesity-associated type 2 diabetes.

In this short article, we will outline the three major interventions which can be used to treat both type 2 diabetes and obesity. Two of these, SGLT2 inhibitors and GLP-1 receptor agonists, can be prescribed safely in primary care. The third, specialist dietary interventions, should only be offered within a specialist multidisciplinary pathway.

Most people who use these agents to treat obesity will achieve greater than 10 per cent weight loss at 12 months. However, there is a variance in effect, and some people will have little or no weight loss. The weight loss effect will be obvious within four months of treatment (presuming that dose titration has occurred and that the patient has received at least three months of full dose therapy).

Therefore, if people have not achieved greater than 5 per cent weight loss after four consecutive months of treatment, then the therapy is unlikely to be effective and should be discontinued. The doses of GLP-1 receptor agonists used to treat type 2 diabetes are covered by the GMS, Long-term Illness Scheme, and DPS in Ireland. Higher doses of liraglutide (3mg daily) are licensed for use in the treatment of obesity in people with or without concurrent diabetes. However, at the time of writing, this dose is not covered by any of the drug payment schemes.

Liraglutide 3mg daily is associated with greater weight loss than lower doses. Patients taking the highest doses of liraglutide lose significantly more weight than those taking lower doses, or other anti-obesity pharmacotherapy. An average of 8kg weight loss is expected with the 3mg dose, but there is a variance of effect. Some people will lose less than this, and some people will lose significantly more.

While it is impossible to predict the treatment response prior to initiation of therapy, the effectiveness of the therapy will become obvious within four months of treatment. At that stage, if the patient has not lost more than 5 per cent of their bodyweight, then they are unlikely to have a significant weight loss response and the treatment should be discontinued. However, if they have achieved greater than 5 per cent bodyweight loss then it should be continued for as long as is tolerated.

SGLT2 inhibitors are currently available for the treatment of type 2 diabetes either as monotherapy or in combination with other established pharmacotherapy. This class of agents act via the proximal tubule where mediation of glucose filtration occurs. SGLT2 inhibitors prevent resorption of glucose in the nephron and facilitates glycosuria. Given that SGLT2 inhibitors can only lower plasma glucose by inhibiting reabsorption of renally filtrated glucose, they are not expected to produce hypoglycaemia.

Glycaemic control can be improved with SGLT2 inhibitors, but as with GLP-1 receptor agonists, there is a variance of effect. Reductions in HbA1c concentrations range from between 0.5-to-1 per cent (6mmol/mol to 11mmol/mol). When assessed with active comparators, there is no clinically significant difference between SGLT2 inhibitors and commonly used therapies such as sulphonylureas or DPP4 inhibitors. However, there are some additional benefits associated with SGLT2 inhibitors, which would promote their use as a second-line agent in certain populations.

In patients with established diabetic kidney disease, as defined by albuminuria with or without reduced estimated glomerular filtration rate (GFR), the use of SGLT2 inhibitors reduces the rate of progression of chronic kidney disease and prevents the onset of end-stage kidney disease, therefore reducing the need for dialysis and/or renal transplantation. This is particularly obvious in those with estimated GFRs of 30-60mL/min. Therefore, SGLT2 inhibitors
should be considered as second-line agents in people with type 2 diabetes with established diabetic kidney disease, including those with a GFR of greater than 60mL/minute with microalbuminuria.

In patients with type 2 diabetes and obesity, there is also a benefit with respect to weight management. SGLT2 inhibitors are associated with modest weight loss. A mean weight loss of 3kg is reported in randomised controlled data when compared to placebo. This can be more obvious in clinical practice when SGLT2 inhibitors are compared to the use of sulphonylureas or insulin, both of which are associated with weight gain. Therefore, in patients presenting with type 2 diabetes and obesity, SGLT2 inhibitors should be considered second- or third-line after metformin with GLP-1 receptor agonists.

The Diabetes Remission Clinical Trial (DIRECT) was completed in a primary care setting in the UK. This landmark study demonstrated that low-calorie dietary intervention, delivered in a primary care setting with specialist support from dieticians and GPs, could deliver weight loss of 15kg or more in almost 25 per cent of participants. Full remission of diabetes could be achieved in almost half of participants.

Very low-calorie diets and low-calorie diets are usually delivered as specially formulated food products, usually in the form of milkshakes, soups or nutritional bars. There are several studies showing that in people living with obesity, the use of low- and very low-calorie diets can result in significant weight loss in the short- to medium-term. In most studies, there is a significant drop-out rate as people find the restriction in energy intake difficult to tolerate, and can find associated side-effects, such as constipation, to be intolerable.

However, in those who do tolerate the intervention, obesity can be successfully treated with a weight reduction of between 10-to-15 per cent body weight over 12-to-20 weeks of treatment. Weight maintenance following cessation of treatment can be challenging, but is achievable. Weight regain appears to be mediated by physiological changes and metabolic adaptations that result in increased hunger and reduced basal metabolic rates following a period of reduced energy intake.

However, despite these physiological and metabolic adaptations that promote weight regain, clinical studies have shown that weight loss maintenance is possible with ongoing dietary modification, the addition of pharmacotherapy, and concurrent exercise programmes. It should be noted that while exercise therapy may not be proven to significantly enhance weight loss during obesity treatment programmes, exercise therapy has been shown to assist with weight maintenance in the medium to long-term, which is why it is an integral element of obesity treatment programmes.

As well as being effective obesity treatment in selected patients with obesity, low-calorie and very low-calorie diets can also be effective in the treatment of type 2 diabetes. In the landmark Counterbalance study, the investigators proved the concept that reducing fat mass in general would reduce fat infiltration of the pancreatic islet cells and result in an improvement in islet cell function. Counterbalance was completed in 30 subjects who had type 2 diabetes for more than eight years. In this group, 50 per cent achieved fasting blood glucose concentrations of less than 7mmol/l within eight weeks of use of a very low-calorie diet. Following the use of this very low-calorie diet, patients returned to an isocaloric diet and maintained the improved glycaemic control for up to six months.

In DIRECT, the aim was to induce remission or improve control of type 2 diabetes using a low-calorie diet. In this study, the intervention was a low-calorie diet of between 800kcal and 900kcal per day which was prescribed for at least 12 weeks and continued for up to five months. Following this intervention, the participants progressed to a staged reintroduction of an isocaloric diet. A structured weight maintenance programme was then introduced and continued for up to 12 months. This intervention was compared with standard diabetes and obesity treatment that was based on lifestyle advice and diabetic pharmacotherapy.

Almost 50 per cent of people in DIRECT achieved remission of their type 2 diabetes. This cohort had a diagnosis of type 2 diabetes within six years of recruitment to the study. Type 2 diabetes remission was defined as HbA1c of less than 6.5 per cent (48mmol per mole) when all diabetes pharmacotherapy had been discontinued for at least two months. Concurrent treatment of obesity was associated with greater glycaemic control and those who lost most weight generally achieved greater glycaemic control and were more likely to achieve diabetes remission. In DIRECT, 24 per cent of people achieved more than 15kg of weight loss as compared to the control group. Overall weight reduction in the intervention group was 10kg.

While DIRECT demonstrated that such an intervention could be safely delivered in the primary care setting, it is relatively resource intensive. Therefore, in the current Irish healthcare system this would not be an option for most people outside of hospital-based obesity clinics. However, given the reduction in requirements for pharmacotherapy, and the likely reduction in long-term microvascular disease as a result of improved glycaemic control, these interventions may prove to be cost neutral in the long-term and so the cost-benefit implications would result in wider application of specialist dietary interventions.

When treating patients who have concurrent type 2 diabetes and obesity, we need to be careful about how we proceed with treatment. Metformin should be the foundation of diabetic pharmacotherapy. However, in patients with both type 2 diabetes and obesity, we would suggest that GLP-1 receptor agonists and SGLT2 inhibitors would be considered as second- and third-line pharmacotherapy. As in all diabetes care, pharmacotherapy should be applied in the context of lifestyle modification including balanced healthy eating and regular exercise.

Specialist dietary interventions are proven to be effective treatments in both type 2 diabetes and obesity, and recent studies have shown them to be safely deliverable in a primary care setting. While this is currently not available in Ireland, it should be a goal that we work towards, in the context of a wider obesity treatment strategy that works via integrated care networks across hospital and community clinics.