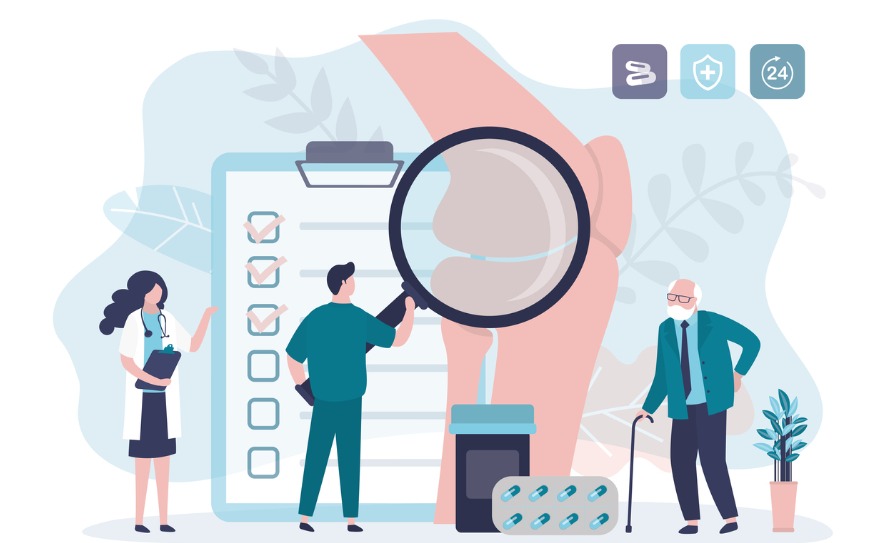 The concept of applying a treatment target to osteoporosis care is still contested, but there is
growing evidence to support this approach

The concept of using a target to guide treatment, determine effectiveness, and compare options is not new. Examples include HbA1c values in diabetes, blood pressure and cholesterol control, and closer to home for rheumatologists, using disease activity scores in rheumatoid arthritis. In each case, the idea is that the purpose of the treatment is the prevention of some event or other outcome – but the event is not inevitable, so if it does not happen, are we sure this indicates the treatment is working, or only that the outcome has not happened yet, and the treatment is actually failing?

However, the idea of applying a treatment target to osteoporosis is still contested. First proposed around 2013, the idea has generated some debate, editorials, and a number of studies have been published. These are the focus of this review, bringing the debate to a wider audience of those involved in osteoporosis treatment.

Generally, any target to be used as a measurable objective of treatment must satisfy a few conditions. There must be a strong correlation between the measured parameter and the condition we are seeking to treat – not all parameters are causal, but might nonetheless reflect deterioration and improvement in risk.

Secondly, the target must be responsive to treatment, within a useful time frame (relative to the rate at which the outcome happens). Within the academic and later the healthcare professionals involved in the area of care, there should be broad agreement on how different interventions can be used to modify the target, to what extent the target is expected to change if the intervention is having a significant impact on the outcome of interest, and how treatment can be escalated – in other words, how do we reach the target?

And finally, though less important perhaps, whether the target represents a guide that the patient is on the right journey, or have they arrived at a therapeutic destination where treatment can be withdrawn or at least interrupted.

So, can some parameter be found in osteoporosis that meets these requirements? The Fracture Risk Assessment Tool (FRAX) and other risk assessment tools have identified the key factors that lead to fragility fractures. It is certainly agreed that some lifestyle and other background factors add to the risk, as do falls. However, we would aim to address these additional factors in the overall strategy of reducing fracture, but not instead of osteoporosis treatment. Age and bone mineral density (BMD) are the most significant risk factors. Age is not treatable, so we must focus on BMD. Does it reflect risk? Can it be measured repeatedly, and do changes reflect changing risk? (Bone turnover markers are used very expertly in some centres. Unfortunately, these markers are unlikely to become widely available in hospitals or in primary care, and I have not reviewed their value as targets here).

The correlation between BMD and fracture risk is well known, and will not be reviewed here. What is more contentious is the degree to which BMD improves when fracture risk is reduced by osteoporosis treatment. A study by Austin et al (Journal of Bone and Mineral Research 2012) examined the percentage change in hip BMD, in relation to the incidence of vertebral and non-vertebral fractures, in the active and placebo-comparator arms of the FREEDOM study of denosumab in post-menopausal osteoporosis.

Interestingly, there was a significant number in the placebo group in whom BMD improved, and this was also associated with a reduction in fractures. However, the proportion in whom BMD improved, and the degree of increase, was greater in those receiving denosumab (a median of just under 5 per cent increase in hip BMD, compared with a median of 1 per cent decline in the placebo group). In non-vertebral fractures the decrease in fracture risk was the same whether the improvement in BMD occurred in placebo or active treatment. In contrast, the risk of a vertebral fracture was lower in those receiving denosumab, even in patients where treatment only produced the same change in BMD as a placebo-treated person. In other words, it seems that being on denosumab improves some property of bone other than BMD. This is not new, and the concept of bone quality, to refer to ‘everything about bone that is not captured by BMD’ is well recognised, if not well measured in usual practice.

Without labouring the point, two other large systematic reviews with meta-analysis (Black et al, Lancet Diabetes Endocrinol 2020) have confirmed the observation that improvements in BMD account for much, but not all, of the effect of treatment on fracture risk reduction. The relationship is strongest between hip BMD and all fractures (as opposed to spine BMD), and more so between hip BMD and non-vertebral fractures (including hip) than between hip BMD and vertebral fractures. The difference probably reflects that some element of bone structural improvement, reduced numbers of active remodelling sites, and trabecular connectivity are relevant.

So far, we have looked at correlations between large groups of patients (all of the FREEDOM study patients, and the even larger dataset of the systematic reviews). Furthermore, the difference in BMD is between the treatment and comparator (usually placebo) group over time. But the whole idea of treating-to-target is for individual treatment decisions – so ideally, we need to have absolute rather than comparative targets. This has recently been considered by another analysis of the FREEDOM data, this time over the 10 years of the combined placebo-controlled and open-label extension studies. Again, worth noting that these were postmenopausal women with a mean age of 72 years, mean lumbar spine BMD of -2.8, and only one-in-four had a prior vertebral fracture. The new analysis has found that the reduction in fracture risk is less evident in those who have a T-score at the hip of -1.5 or better after three years of treatment. This flattening of the curved relationship between achieved hip T-score and fracture risk was evident in those younger or older than 75 years, and whether they had a prior fracture or not (although those with a prior fracture remained at higher risk than their peers without fracture). Furthermore, they noted that in groups whose T-score improved by one, the reduction in fracture risk was significant except in those with hip BMD better than -2 at entry into the study.

Taken together, then, the recent studies have indicated that we can use a repeated measurement of hip BMD to determine if the patient has had a BMD-response that is similar to those in whom fracture risk was reduced in response to treatment in key clinical trials. We can use a change in BMD between two scans of the patient, with caution that this is not exactly what has been reported in the studies, or we can use a T-score objective, with the caution that this has only been reported for denosumab, and the pattern may not be the same for bisphosphonates.

At this point we would like to know how to use treatments in sequence when a target, however defined, is not met. Again, we have to extrapolate somewhat from the clinical trials that have been done – the majority of the studies of treatment Y after exposure to treatment X have been new treatments (ie, inclusion in the trial has not been based on some ‘target failure’). We generally note that the impact of anabolic therapy is attenuated if there has been prior exposure to bisphosphonates. So if we think our patient might benefit from an anabolic option, it will be best given before the anti-resorptive. There is data supporting combined use of anabolics with an anti-resorptive, and I do so especially where there is a worrying risk of hip fracture in a person with multiple vertebral fractures. Again, these are clinical decisions that are not target-driven.

Finally, I would reflect that some of the most important and effective ‘targets’ are still at the population rather than individual level. We will have a greater impact on the number of people who suffer needless fractures if we assess fracture risk and advise patients on prolonged steroids, frail older people who are frequently falling, and those who do present with a fragility fracture. If we then focus on explaining treatment, assuring patients about the very low risk of adverse effects, we have learned that correct and sustained use of treatment can be achieved, which we will then expect to see translate into the achievement of the targets outlined above.