The pathways to improved outcomes 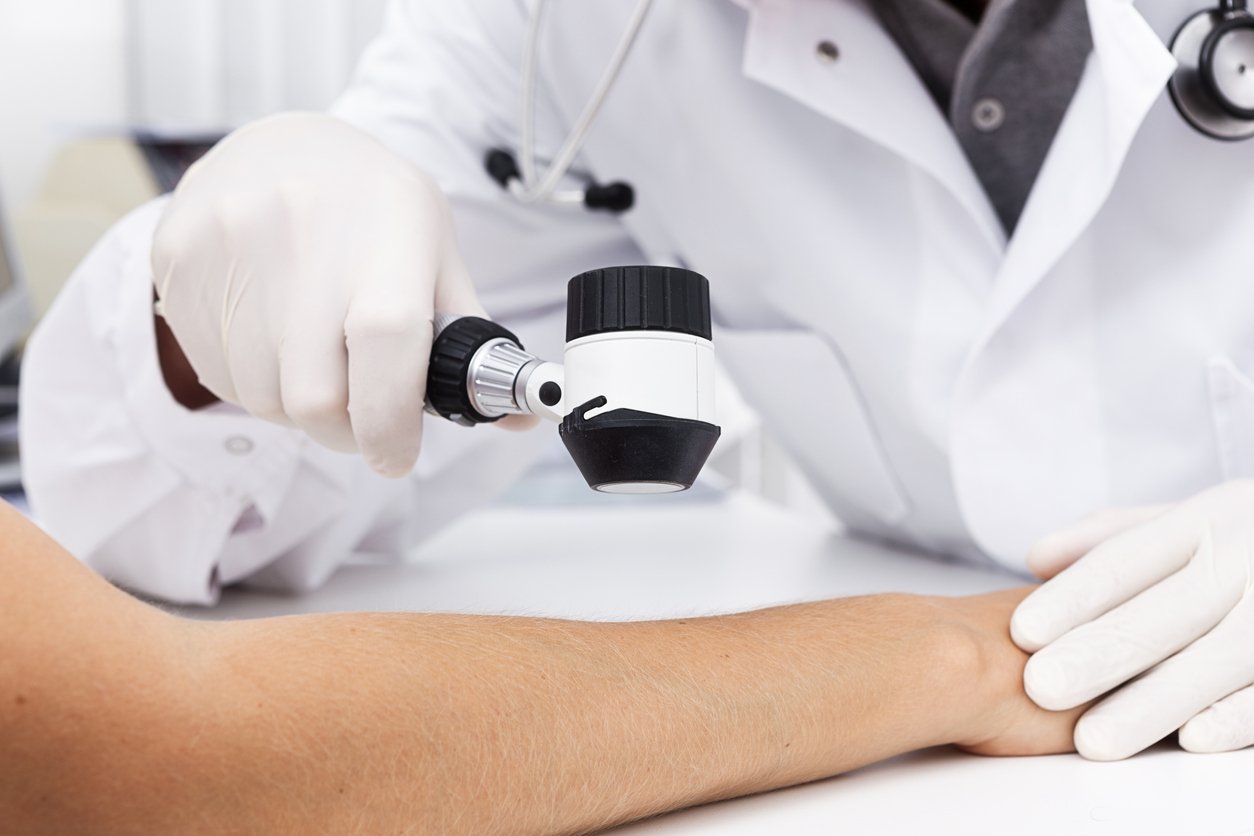 dermoscopy is a technique that is used worldwide to improve the accuracy of melanoma diagnosis. It is used extensively for mole screening and skin cancer diagnosis.

The seminars are broadcast to attendees with a special interest in dermatology and cutaneous science in other locations, who access the talks remotely via an audio-visual link. Attendees heard a presentation from Dr Jürgen Müller, Reader at Bradford University in the UK, titled ‘Dynamic Regulation of ERK1/2 MAPK Signalling: Implications for Skin and Other Tissues’. Dr Müller has amassed a wealth of research experience in the molecular pathways of gene regulation and associated signal transduction pathways. His current research is focused on the dynamic regulation of cellular signalling, with an emphasis on MAPK pathways. One aim of his work is to gain more insight into how cells maintain homeostasis under normal conditions, and the molecular mechanisms that underlie the development of disease.

The MAPK pathways, Dr Müller explained, are key cellular signal transduction cascades that are central to the maintenance of homeostasis in healthy cells. However, he explained, dysregulation of MAPK pathways contributes to the development and progression of a range of diseases, including malignant melanoma and a number of other cancers. Stressing the importance of MAPKs, he explained: “MAPKs regulate physiological processes in many cells and tissues”. “This has relevance in terms of proliferation, development, metabolism, learning and memory, differentiation, angiogenesis, epithelial polarity and adaptation to exercise.” MAPKs in the skin also influence the development and growth of nevi and subsequent melanoma, he said, and he described the importance of MAPK signalling dynamics, and the determination of cellular fate by the scaffold protein KSR1.

Changes in MAPK signalling also play a role in the development of nevi, squamous cell carcinoma, skin ageing, and a number of RASopathies that affect the skin. Dr Müller briefly discussed MAPKs in the skin and cutaneous SCC (cSCC). “cSCC is the second-most common skin cancer,” he told the seminar. “cSCC affects epidermal keratinocytes and ultraviolet light is the strongest risk factor for cSCC.” He also described how RAS is frequently activated in cSCC, but is not normally mutated.

cSCC is also a common side-effect of B-Raf first-generation inhibitor treatment for melanoma, at a rate of
approximately 20-to-30 per cent, and this is caused by a paradoxical activation of the ERK1/2 MAPK pathway,
he explained. Dr Müller also briefly discussed RASopathies, which are relatively rare conditions resulting from
mutations in the Ras-ERK1/2 MAPK pathway. RASopathies include Noonan syndrome, Leopard syndrome,
Cardiofaciocutaneous (CFC) syndrome, neurofibroblastoma, and Costello syndrome.

Scaffold proteins Dr Müller provided an overview of his work in the laboratory and described scaffold proteins in MAPK regulation. “Scaffold proteins assemble the pathway components into a functional complex to enhance signalling efficiency,” he told the attendees. “They isolate the proteins from related pathways to increase signalling specificity and target signalling molecules to specific sub-cellular compartments. Importantly, they play an active role in the regulation of cellular signalling,” he added.

Dr Müller then talked about KSR1 (Kinase Suppressor of Ras 1), a specific scaffold protein for the ERK1/2
MAPK pathway, that binds to ERK1/2 and MEK1/2. Dr Müller’s research work with colleagues has shown that
KSR1 is strongly expressed in the brain, specifically the neurons of the hippocampus area, and that KSR1
localisation is regulated by neuronal activity. On the effect of scaffold proteins and negative feedback on
MAPK signalling dynamics, he said: “Scaffold proteins like KSR1 change the signalling dynamics of cellular
systems and allow specific adjustments for different cellular contexts. Loss of negative feedback contributes to resistance towards B-Raf of MEK1/2 inhibitors.”

He also briefly discussed Schwannomas, which is a rare type of tumor that forms in the nervous system
and grows from cells called Schwann cells, which protect and support the nerve cells. “Schwannomas are
caused by a loss of Merlin/NF2,” he explained. “KSR1 is over-expressed in Schwannomas at both the mRNA
and protein level and activated KSR1 translocates to the plasma membrane and the nucleus in Schwannoma cells, supporting the growth of the cancer cells.”

However, his work has shown that knockdown of KSR1 reduces proliferation and enhances apoptosis in
Schwannoma cells. “If we can inhibit proliferation and enhance apoptosis by inhibiting KSR1, then I think
this is a promising time for this research to develop novel treatments for schwannoma,” he said. Medications
“Misregulation, such as mutation and amplification of MAPK signalling, leads to the development of a range
of cancers, including melanoma, breast cancer, pancreas, thyroid, colorectal, lung and liver cancers, as
well as a range of other cancers,” said Dr Müller.

He then spoke about cancer medications and told the seminar: “Feedback mechanisms are very important
in cancer such as melanoma. There is feedback to Raf, there is feedback to KSR1; there is feedback to basically
every single component, including the growth factor receptors,” he said. “When you use inhibitors of either
B-Raf or MEK1/2, there is a very efficient down-regulation of ERK1/2 MAPK activity, and that is why many
of the targeted drugs work very well initially.

But then you lose negative feedback and that drives more signal through the pathway, overwhelming the inhibitors, which means you have to give higher doses, and at some point the dose becomes toxic.” During an interactive Q&A session, Prof Tobin spoke about the turnover rate of scaffold proteins. “Are these regulated in a different way than the turnover rate of MAK kinase proteins?” he asked. “How do you maintain that level of co-operation in that structure in terms of the dynamics of the scaffold architecture, versus the ‘accidental tourists’ that join the scaffolding?”

Dr Müller replied: “There were some studies a while ago that looked at the quantity of scaffold proteins in the cell. In most cells, they are expressed at a relatively low level, so I would argue that a specific scaffold protein such as KSR1 only regulates part of the whole signalling in the cell. In addition, there is a range of scaffold proteins present in each cell, so the regulation is not exclusive. Because of this, changes in signalling dynamics can be achieved relatively easily by regulating the concentration of individual scaffolds.” RELIFE has had no input into the content of this article or series of seminars