Unravelling the genetics of rheumatoid arthritis 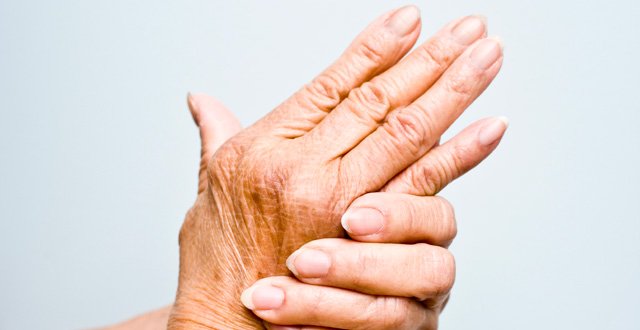 Rheumatoid arthritis (RA) is a multisystem autoimmune disorder affecting 0.5-to-1 per cent of the population. It has a host of extra-articular manifestations contributing significantly to the increased morbidity and mortality observed in RA. It is a heterogeneous disease and its course is variable and unpredictable.

The pathogenesis of RA is multifactorial and poorly understood. Notwithstanding this, genetics have been shown to play a key role in disease susceptibility and progression.

In this article, we will discuss the heritability of RA, the pathogenic and prognostic role of HLA and non-HLA genes and briefly explore the role of epigenetics in RA.

This was compared to 1 per cent in the general population. These figures suggest that genetic factors account for approximately 60 per cent of an individual’s susceptibility to RA.

In contrast, a Danish study in 2012 found a heritability of only 12 per cent.

This was based on an observed concordance rate of 9.5-to-13 per cent in monozygotic twins and at 6.4-to-11.7 per cent in dizygotic twins. However, there was a background population risk of only 0.37 per cent. The observed discrepancy in heritability between the UK and Danish studies does suggest that genetic contribution to the disease prevalence may vary significantly across population subsets.

Some of the differences observed can depend on whether the population studied is from a community or a hospital cohort, with the latter having patients with a more severe and potentially more genetic phenotype.

In humans, the major histocompatibility complex (MHC) is a highly gene-dense area containing about 220 genes that encode proteins primarily involved in immune function.

The MHC is divided into three regions: Classes I, II and III. The Class I region, at the telomeric end of the MHC, contains the HLA Class 1 genes HLA-A, -B and -C and extends over 2,000kb. In the HLA Class II region are the HLA-DR, -DP and -DQ loci, encoding the a and b chains of the various HLA Class II molecules. The Class III region lies between the Class I and II regions.

The human MHC is synonymous with the human leucocyte antigen system, which lies on the short arm of chromosome 6 at position 6p21.

The first association of RA with HLA Class II alleles was identified in the 1970s by Peter Stastny and colleagues when the frequency of HLA Dw4 serotype was found to be increased among RA patients compared with healthy controls. HLA Dw4 represented a set of alleles at the HLA-DRB1 gene locus.

Countless studies, both linkage and association, have subsequently shown that the HLA-DRB1 gene is the major susceptibility locus for RA and, hence, provides a key clue to RA pathogenesis. These studies demonstrated that all associated alleles had one of three amino acid sequences within the third hyper-variable region of the DRB1 gene at amino acid position 70 to 74, which were either QRRAA, QKRAA or RRAAA — these sequences became known as the ‘shared epitope’. The position of theses amino acids in the peptide-binding groove of the HLA-DRB1 protein strongly implicates antigen presentation in the disease pathogenesis.

The strength of the association of HLA susceptibility alleles is as follows:

The hypothesis of the shared epitope has been further strengthened by the observation that even among ethnic groups in which the DRB1 *04 alleles are rare, the alleles associated with RA still continue to have the shared epitope. One subset of the Nation American population, the Yakama Nation, had an uncharacteristically high prevalence of RA. It was demonstrated that this increased prevalence of RA was most likely associated with the DRB1*14:02 allele, which had an amino acid sequence from position 67-to-74 that is identical to the shared epitope. Further large-scale genotyping identified other amino acids and their positions with a strong link to RA susceptibility. Position 11 (and equivalently position 13, which is closely linked to it) modulates more RA risk than any other position in the genome. For example, the amino acid valine at position 11 or histidine at position 13 of the HLA-DRB1 gene is associated with high RA susceptibility. Furthermore, the amino acids carried at each position can be ordered hierarchically based on the size of their effect.

Data on the impact of the shared epitope on disease severity in RA is contradictory. A number of studies have demonstrated a correlation between HLA-DRB1*04 alleles and more severe erosive disease based on the degree of radiographic changes. Conversely, studies have also observed an increased frequency of HLA-DRB*01 among patients with milder disease. However, the clinical benefit of genetic stratification systems remains uncertain, particularly as ACPA remains a better predictor of erosions than HLA alleles or the SE status.

The presence of the amino acid valine at position 11 in the HLA- DRB1 gene was a strong predictor of disease severity in terms of development of erosions, radiographic damage and mortality. This effect was also noted in relation to disease susceptibility. More recent studies also have suggested that HLA-DRB1 amino acids may regulate the level of lab and clinical inflammation measured by CRP and DAS28 (disease activity score at 28 joints) and swollen-joint count through pathways that are independent of ACPA.

Patients with RA are at a 50 per cent increased risk of developing cardiovascular mortality compared with the general population. A number of studies have demonstrated that the carriage of two copies of SE alleles is associated with a two-fold increase in mortality due to cardiovascular events, mainly due to ischaemic heart disease.

It is widely accepted that HLA contributes to less than 50 per cent of the overall genetic susceptibility. Data has shown at least 100 other genes are involved but for the most part, the causal variant has not been identified. The most common are outlined below.

The protein tyrosine phosphatase N22 gene is located on chromosome 1p13. It is involved in the regulation of both T and B cells. A missense single nucleotide polymorphism (SNP) has been shown to be increased in patients with rheumatoid arthritis in North American and European Caucasian populations. The SNP encodes an amino acid substitution at position 620 (R62OW), which effects binding to an intracellular protein called Csk. Other studies have demonstrated the association of PTNP22 SNP polymorphism with the development of ACPA RA. Interestingly, this polymorphism is associated with many autoimmune diseases, including type 1 diabetes mellitus, juvenile idiopathic arthritis, systemic lupus erythematosus and Addison’s disease.

The TRAF 1 gene encodes tumour necrosis factor receptor associated factor 1 and the C5 gene encodes complement component. A number of polymorphisms have been shown to be associated with susceptibility to RA in different populations. One large meta-analysis with 22,682 RA patients demonstrated that TRAF1-C5 rs10818488, rs3761847, rs2900180 and rs10760130 polymorphisms are associated with RA susceptibility in Europeans.

A genome-wide analysis of North American and Swedish patients revealed the SNP rs3761847 increased the risk of ACPA-positive RA.

The PADI-4 gene encodes enzymes that are responsible for the conversion of arginine residues to citrulline residues. A significant association was observed between the presence of PADI 4 and the presence of RA in a Japanese population. However, there is conflicting evidence of its significance in a European population. One study found that even though PADI-4 was over-expressed in patients with RA, it was a significant risk factor for the development of RA in Caucasian patients.

CTLA-4 (cytotoxic T-lymphocyte-associated protein 4) is a protein receptor which, functioning as an immune checkpoint, down-regulates immune responses. Multiple studies have reported the association of CTLA-4 gene variants and RA susceptibility. Of note, abatacept, used in the treatment of RA, mimics the physiological role of CTLA-4.

A number of studies have identified 6q23 as an important susceptibility locus for RA with risk alleles at three single nucleotide polymorphisms (rs6920220, rs13207033, and rs502993) combining to give an effect size greater than that of these markers individually. The presence of these markers is also associated with radiographic severity in ACPA-positive RA patients.

Epigenetics is the study of potentially-heritable changes in gene expression (repression versus expression) that does not involve changes to the underlying DNA sequence. They play a role in regulating the chromatin state and gene transcription. The discordance rate seen in monozygotic twins supports a significant role for environmental factors in determining RA susceptibility. Epigenetic factors may provide the link between external stimuli and the genetic information harbouring DNA in RA. Three key mechanisms reported to be related to RA susceptibility are DNA methylation, histone modification and microRNA.

DNA methylation in RA synovial fibroblasts has been closely studied. One large genome-wide study on RA synovial fibroblasts identified a number of hyper- and hypomethylated genomic regions. These genomic regions related to inflammation, leucocyte recruitment and immune response are all central to the perpetuation of RA pathophysiology. Furthermore, analysis of DNA-methylation in T-cells has demonstrated global hypomethylation in cells derived from patients with RA, compared with those from healthy controls.

The role of miRNAs as gene modulators may also be important. One study demonstrated the increased expression of miRNA 115 and miRNA 203 in RA synovial fibroblasts compared with OA fibroblasts. This increase correlates with an elevated level of matrix metalloproteinase-1 and IL-6.

Genetics plays an important role in the development of RA. There are a number of mechanisms at play, namely HLA and non-HLA genes, as well as epigenetics, contributing to an estimated heritability of 60 per cent. Further research is necessary to translate the genetics of RA into biological pathways that can be targeted with pharmacological agents.

At present, only ACPA predicts severity but with further genetic research, one should be able better to determine those patients who will do worse and thus benefit from the earlier introduction of biologic therapies. Ideally, genetics will also give us insights into which patient will respond best to certain drugs, thus leading to more tailored and personalised effective therapies.