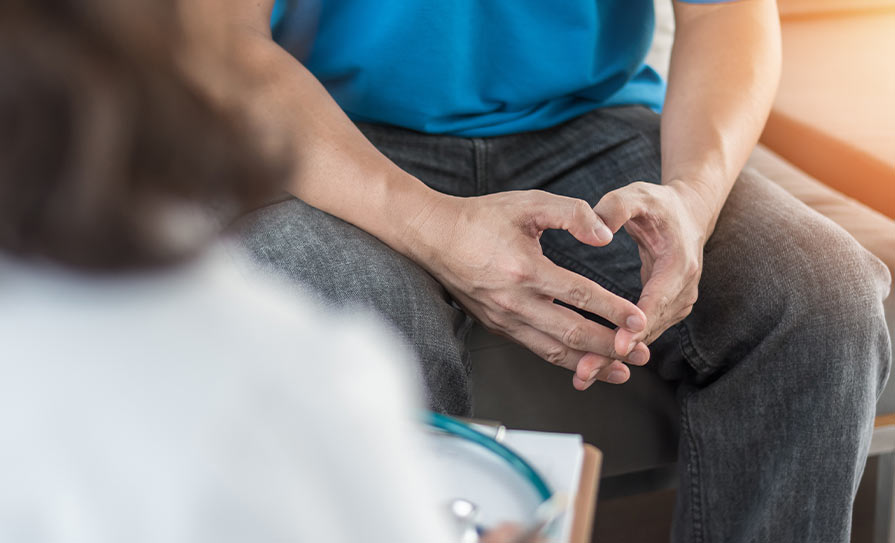 Scientists have discovered the cause of specific changes in a protein that drive the growth and spread (metastasis) of prostate cancer. Prostate cancers remain localised in the majority of cases, giving affected individuals a good chance of survival. However, about 20 per cent of patients develop incurable metastatic prostate cancer, and up until now it was not known why metastases occur in some people and not in others.

In this ground-breaking study, recently published in the prestigious journal Molecular Cancer, researchers investigated the role of the protein KMT2C, a genetic component that essentially functions as a regulator of central cellular processes, in prostate cancer. If KMT2C loses this regulatory ability due to typical cancer-related mutations, this encourages the proliferation of the cancer gene MYC, which in turn causes cells to divide at an increased rate, driving both growth, and spread of the cancer.

KMT2C mutation status can be measured via a blood test, allowing early diagnosis of potentially aggressive progression in prostate cancers. In addition, MYC inhibitors could be used to prevent increased cell division, and hence metastasis, and it is hoped that further scientific studies will substantiate this. MYC inhibitors have already been tested in clinical oncology trials and – if further studies confirm this – could also be used in metastatic prostate cancer in the next few years. “Since a high level of KMT2C mutation characterises many types of cancer, such as breast, lung, colorectal, bladder and even skin cancer, our study results have a great deal of potential in the research, diagnosis and treatment of malignant cancers in general,” said Prof Kenner.

A separate study from researchers at MedUni Vienna, published in the journal Cancers, identified novel cancer markers in patients with aggressive prostate cancer that indicate poorer survival and can therefore be used in future to help assess risk.

Back in 2015, a research team led by Prof Kenner recognised, using a mouse model, that the protein STAT3 has a surprising tumour-suppressing role in prostate cancer. It was shown at that time that patients with low levels of STAT3 in cancer cells experience significantly worse disease progression than patients with high levels. A follow-up study showed that there was a higher metabolic rate in prostate cancer tissue as against healthy prostate tissue, which provides the tumour with extra energy to grow and metastasise.

The latest study by PhD student Robert Wiebringhaus from Prof Kenner’s team and molecular biologist Brigitte Hantusch builds on these findings. For the study, prostate cancer tissue was separated from healthy tissue using a laser microscope and the proteome was then analysed using mass spectrometry (proteomics analysis). This facilitated the analysis of thousands of different peptides and proteins. There was found to be a higher concentration of proteins of the intracellular mitochondrial respiratory chain in the more aggressive cancer tissue. Mitochondria are organelles, ie, structurally delimited cell areas with a specific biological function and are also referred to as the ‘powerhouses of the cells’. In a machinery consisting of enzyme complexes, the so-called respiratory chain or ‘oxidative phosphorylation’ produces energy-rich degradation products via the breakdown of sugar and, in a final step, these generate the universal energy carrier adenosine triphosphate (ATP). This is an important regulator of cellular energy-producing processes. Those cells with a particularly high energy requirement such as cancer cells, can cover this demand via oxidative phosphorylation.

Two proteins of interest from proteomics analysis – NDUFS1 and ATP5O – were studied in more depth in a collection of samples from patients with associated clinical data. Using immunohistochemical staining and data analysis, these two proteins were shown to be associated with a lower probability of survival in more aggressive forms of prostate cancer.

Further analyses of the transcriptome also showed a rectified shift in the concentration of mRNA (messenger ribonucleic acid); meaning that there is a direct correlation between the genetic transcripts and the proteins produced.

The current study represents an important step in establishing a link between NDUFS, ATP5O and cancer aggressiveness. NDUFS1 and ATP5O could therefore serve as additional immunohistochemical markers for aggressive prostate tumours and, at the same time, as new targets for cancer treatment.