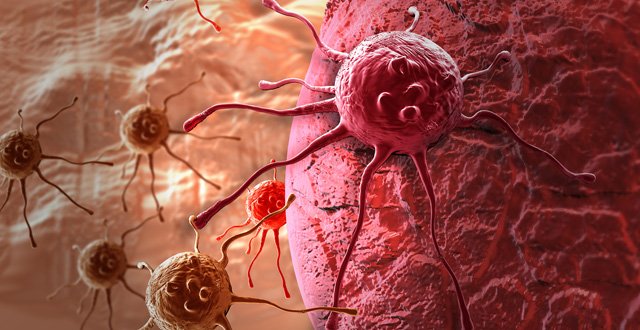 The development and implementation of national clinical guidelines related to cancer care are underpinned by recommendation 37 in the National Cancer Strategy 2017-2026. The guidelines were developed by multidisciplinary groups supported by the HSE’s National Cancer Control Programme (NCCP) and quality assured by the Department of Health’s National Clinical Effectiveness Committee (NCEC).

Dr Eve O’Toole, Lead for Guidelines in the NCCP, said these two new “evidence-based guidelines integrate the best current evidence with clinical expertise and patient values to provide recommendations for the delivery of care”.

Recent SURVMARK-2 study results, comparing five-year survival across seven high-income countries for seven cancers with poor to moderate survival prospects, found for oesophageal cancer, Ireland showed the greatest improvement in survival rates, with five-year survival rising from 10.9 per cent in 1999 to 21.9 per cent in 2014 and ranking second out of the seven countries for the best survival rates in the most recent analysis. However, in the case of ovarian cancer, Ireland had the lowest survival rate after five years at 36 per cent (this compares to Norway’s survival rate of 46.2 per cent) and the fourth highest improvement rate over the analysed time period.

Ovarian cancer was ranked the fourth most common cause of cancer deaths among women in Ireland 2014-2016, with an average of 279 deaths annually, according to the latest National Cancer Registry Ireland (NCRI) data. Ireland has one of the highest rates of ovarian cancer in Europe at 441 cases on average a year. Figures from the European Cancer Information System for 2018 estimate that in Ireland the incidence rate (European old age-standardised rate) of ovarian cancer is 16.1 per 100,000, compared with an average of 11.8 across the EU28.

Dr Ó Riain, Consultant Histopathologist, St James’s Hospital, Dublin, commented: “Ovarian cancer may be the first indication of two of the most common inherited syndromes that predispose to development of a number of different cancer types. This guideline recommends offering appropriate subgroups of women testing for presence of a mutation in the BRCA gene. This provides an opportunity to engage in true shared decision making and offer patients an informed choice to manage their own health risks according to their wishes and values. It provides us with an opportunity to take a visionary approach to the health of women with ovarian cancer and their families.”

The Chair of the Guideline Development Group for Oesophageal/OGJ cancer, Prof John Reynolds, noted that the incidence of oesophageal cancer has markedly increased in Ireland and the Western world, with obesity, tobacco, and severe acid reflux the main predisposing factors. “A diagnosis of oesophageal cancer is greatly feared, as it commonly presents at a late stage and treatment, in particular surgery, is a major complex undertaking. These guidelines represent a major multidisciplinary undertaking by the NCCP between oesophageal specialists and patient representatives. It details advances in staging, diagnosis, and treatment that define and underpin a modern standard of care across all designated centres in Ireland. Encouragingly, the guidelines highlight recent significant advances in prevention, early diagnosis and treatment that provide real optimism for improved cure rates.”

Speaking at the launch of the two guidelines in August, Minister Harris said cancer survival rates in Ireland have improved significantly in recent years, with good progress on the National Cancer Strategy, clear evidence-based policy direction from his Department and strong implementation by the National Cancer Control Programme. “Rigorously developed national clinical guidelines like the ones we are launching today are a means of ensuring that our citizens receive the best possible care, no matter what their medical condition might be or where in the country they are being treated. Importantly for me, they are a means of empowering patients to be informed decision-makers about their own care.”

All national clinical guidelines can be downloaded from:
www.gov.ie/en/collection/c9fa9a-national-clinical-guidelines/