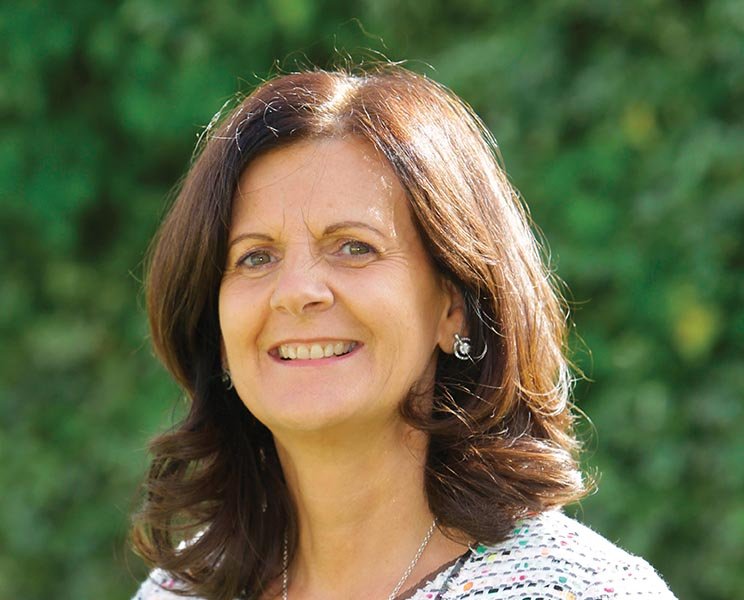 The Irish College of Ophthalmologists (ICO) Annual Conference 2019 will take place at the Galway Bay Hotel from Wednesday 15 to Friday 17 May. As ever, the programme features a busy line up of leading national and international experts speaking on a selection of topical issues, with a very high standard of submitted research.

Symposia on nutrition and age-related macular degeneration (AMD), ocular emergencies, paediatric ophthalmology and cataract services are among the highlights of this year’s programme, while the 2019 Mooney Lecture will be delivered by Prof Nicholas Jones, Consultant Ophthalmologist and Clinical Director of the Uveitis Service, Manchester Royal Eye Hospital and Honorary Professor of Ophthalmology, MAHSC, University of Manchester, UK.

The first session at the conference will focus on nutrition and AMD. “We need good nutrition for our patients and for ourselves and this symposium is very timely given the recent launch of a new nutrition policy by Healthy Ireland,” according to Dr Blake.

The Thursday morning of the conference will be dominated by the paediatrics symposium. Currently, waiting lists for paediatric ophthalmology patients remain excessively long, which is a disappointment to the College given the extensive work put into coming up with practical solutions to this issue through its work on the Primary Eye Care Services Review.

“When I started as President-elect four years ago I was on the review group to look at, in particular, the waiting lists for children,” Dr Blake said.

“We put a huge effort into that [the review report] and it was published two years ago. We had a meeting with the Minister [for Health Simon Harris]. It was everybody on the same page, everybody wants this done. We have met everybody we can – the strategy managers, the operations managers, assistant [HSE] directors, national directors, the Department [of Health], the HSE, the Minister. We have done everything we can to push it as far as we can as doctors, but really now the HSE and the Department have got to put actions behind their words, and stop talking about it. They appreciate it is low hanging fruit, it is not big money and that those children are growing up without the care they should have had and you can’t get back that time.

“The other thing that the Primary Eye Care Services Review said it could do was look after medical retina in the community and if the resources are there it certainly can and it fits with Sláintecare, ie, integrated care. As the Minister said himself, if ophthalmology can’t be fixed, Sláintecare won’t work because we should be the poster boys/girls for Sláintecare. It is all about integration and we are already totally integrated but we need to have aged-related macular degeneration, which is also a time sensitive condition, dealt with [moved from hospital clinics to the community].

“The one thing they have started to do is cataracts, but we need more of that. [The new dedicated cataracts theatre in] Nenagh, needs to be working at full strength and the Eye and Ear hospital the same,” she stated, acknowledging the significant cataract waiting lists around the country.

Speaking of cataracts, the closing symposium at the annual conference will be on ‘Lean thinking in cataract delivery – An integrated care model’, which Dr Blake said will look at “how we can learn from the experiences from home and abroad and the mistakes not to make”.

“You can’t sacrifice accuracy and expertise for efficiencies. In doing things in an efficient way we must still do them in the best way. Sometimes managers like to talk about ‘high volume’, but we say be careful about that as a lot of complicated cataracts aren’t complicated until you are in there so it is not like we can say ‘these will be easy, and these will be difficult’. You can say it sometimes, but the supposedly easy ones can turn out to be complicated, so the system that has started is good, but it will succeed or fail on the ability to get the patient to the operating theatre door, appropriately ready, with all the i’s dotted and the t’s crossed. Again that is something that should be happening in the community, because there is no reason a lot of that pre-op work can’t be done locally, by the multidisciplinary team that the Primary Eye Care Services Review report recommended.”

This year the College is launching a new medal at the Annual Conference for the best laboratory science-based research paper. This has a very special significance for Dr Blake as it is in honour and memory of her father, the pioneering Consultant Ophthalmic Surgeon Mr John Blake.

“My family have given a bequest to the College to initiate this new medal in honour of my father, who was an ophthalmologist in St Vincent’s and the Eye and Ear hospital. In the 1980s he took a two-pronged approach to what he saw as the huge problem of road traffic accidents and the eye injuries that came from them. At that time seatbelts were not compulsory and the glass in window screens was toughened… as an SHO I remember not getting through a weekend on call without having to deal with perforating road traffic eye injuries. There were about 100 of those a year.”

These accidents happened to people who should have walked away from their car accidents – slow speed accidents where the vehicle was travelling between 30-45 miles an hour. However, because of the way bodies bend during impact and the fact that seat belts were not compulsory drivers and passengers were hitting their eyes on the shattered glass from the edge of the shattered windscreen, she explained.

“So basically, Dad did the research and lobbied the Government and managed to get seatbelts made compulsory, number one, and then number two, toughened glass was changed to laminated glass in all new cars from then on. So almost overnight we went from 100 perforating injuries annually to now where it is exceptional for a junior to see a perforating road traffic injury in the course of their training.”

During the meeting, Dr Blake will hand over the Presidential chains of office to her successor Dr Patricia Quinlan, but she will remain on as the Vice President for two more years. While there have been many highlights to her Presidency, such as the publishing of the long delayed Primary Eye Care Services Review report, the 100th anniversary of the founding of the Irish Ophthalmological Society, the forerunner to the College, in 2018 is one that really stands out for Dr Blake. To mark the occasion, the College created a special commemorative booklet, providing an overview of the evolution and delivery of ophthalmic services to patients in Ireland over the last number of decades. “That was absolutely a highlight. It was a real joy to look back at the 100 years, to produce the book, and I didn’t realise how old the Society and the College was before I started doing my research. After the two Royal Colleges of Surgeons and Physicians, we are, I think, the oldest specialty college that there is… Before this country was a country we had separated from the UK and had a college, a society of our own. So to look back at all the achievements there have been in ophthalmology during that time has been fantastic. But it also makes you look forward – what are we going to achieve in the next 100 years? We want to achieve at least as much and more, and at this turnover in a new century to be still talking about some of the issues like waiting lists and delays in patients being seen is really not acceptable in 2019. These things can clearly be fixed without huge investment –they need to be fixed.

“But the actual celebration of the centenary was very joyous, very well supported by the membership of the College and also by our colleagues in other specialities, so it gave a much greater visibility to ophthalmology, which is a good thing. Sometimes because we work in outpatients in our own area, we don’t go around the wards, and people come down to see us, we maybe get forgotten about a little bit by our colleagues so this was a nice way socially to increase our visibility…”

The College held two recent meetings with Minister Harris where they again discussed the slow progress in rolling out the Primary Eye Care Services Review.

Dr Blake said all parties expressed frustration at the delays in progressing the roll-out of the multidisciplinary teams and community eye care centres. She confirmed that the Minister reiterated his support for the plan and that he wants to see it rolled out as soon as possible. However, she pointed out that the HSE has to put up the money and give the go ahead for the necessary staff hiring and infrastructural development.

“So they [HSE and Sláintecare office] all know what the Minister is saying; he wants it done, and they know we are saying that it can and should be done and we want it done so it needs to happen now and it is out of our control as we have done all the talking to all the people who have said they are going to do it. They need to stop talking about it and just do it,” Dr Blake maintained.

Next year will see a date that has particular significance to the international ophthalmology community – 6/6 2020 (referring of course to 6/6 vision, the USA equivalent of which is 20/20 vision). Dr Blake hopes that on that date Minister Harris could announce to the world that: “I have sorted out ophthalmology and it is working as it should be – cataracts are now done in a timely fashion, children are seen at the age they should be and patients with AMD are being seen in the timeframe where their disease can be managed and controlled.”