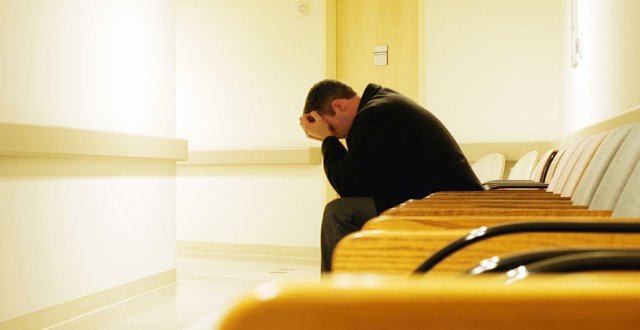 The Mental Health Act 2001 governs civil (non-criminal) involuntary psychiatric admission and treatment in Ireland. The key principles of the legislation centre on ‘the best interests of the person’ (Text Box 1). The term ‘mental disorder’ is used throughout the legislation and includes ‘mental illness, severe dementia or significant intellectual disability’ (Text Box 2).

For the purposes of the 2001 Act, a child is ‘a person under the age of 18 years other than a person who is or has been married’. The involuntary admission of children involves the District Court and is beyond the scope of the present article.

Under the 2001 Act, a relative is ‘a parent, grandparent, brother, sister, uncle, aunt, niece, nephew or child of the person or of the spouse of the person whether of the whole blood, of the half blood or by affinity’. For the purposes of making an application for involuntary admission (see below), the term spouse ‘does not include a spouse of a person who is living separately and apart from the person or in respect of whom an application or order has been made under the Domestic Violence Act 1996’.

Step 1: Application for involuntary admission of an adult

The involuntary admission procedure for adults is essentially a three-step process, involving a series of assessments which need to be recorded on a series of forms, all of which can be downloaded from the website of the Mental Health Commission (www.mhcirl.ie, under ‘For Health Professionals’, ‘Forms’, ‘Statutory Forms (1-18)’).

The first step is an ‘application’ for involuntary admission and this can be made by a spouse, civil partner, relative (Form 1); ‘authorised officer’ (member of the health service who can be reached through a community mental health team) (Form 2); member of the Garda Síochána (Form 3); or anyone else (‘member of the public’) who fulfils certain conditions outlined in the Act (Form 4) (eg, in circumstances where no one in the other categories can be found to make an application). Most importantly, the ‘applicant’ must have observed the person within 48 hours of making the application.

The applicant should fill out the application form in clear, direct language and use legible hand-writing. There are spaces to enter various personal details and to explain why the applicant thinks that the person named in the form requires involuntary admission and treatment. It is also necessary to know the name of the ‘approved centre’ to which the person is to be admitted. This information is available from a mental health team or the website of the Mental Health Commission (www.mhcirl.ie, under ‘Registration of Approved Centres’, ‘Register of Approved Centres’).

Step 2: Recommendation for involuntary admission of an adult

It is the responsibility of the applicant to arrange assessment of the person by the doctor, most commonly the GP. The required ‘examination’ can occur at the GP surgery if the applicant can persuade the person to go there or it can occur elsewhere if, for example, the GP visits the person’s home. The Act defines an ‘examination’ as ‘a personal examination […] of the process and content of thought, the mood and the behaviour of the person concerned’. If the person will not attend the GP and if the GP cannot gain access to the person to perform an ‘examination’, the entire involuntary process might come to an end at this point. In this case, it might be worth trying again later that day or the next day, or seeing if the patient would see another GP.

If none of this works, then the only other option is to involve the gardaí, but this is usually only possible under certain circumstances involving ‘a serious likelihood’ of ‘immediate and serious harm’. More specifically, ‘where a member of the Garda Síochána has reasonable grounds for believing that a person is suffering from a mental disorder and that because of the mental disorder there is a serious likelihood of the person causing immediate and serious harm to himself or herself or to other persons, the member may either alone or with any other members of the Garda Síochána (a) take the person into custody, and (b) enter if need be by force any dwelling or other premises or any place if he or she has reasonable grounds for believing that the person is to be found there. Where a member of the Garda Síochána takes a person into custody under [this section of the 2001 Act], he or she or any other member of the Garda Síochána shall make an application […] to a registered medical practitioner for a recommendation’.

Therefore, the gardaí generally only become formally involved when there is ‘a serious likelihood’ of ‘immediate and serious harm’. This higher threshold for involvement of gardaí compared to other potential applicants reflects the fact that gardaí have greater powers than any other applicant: Gardaí can enter someone’s home by force if needed and take the person to the Garda station in order to have them examined by a doctor there. This leaves, however, a gap in the legislation in a situation where a family either cannot do an application or cannot get the person to see a GP (eg, because the person will not admit anyone to the house), but the person does not appear to present ‘a serious likelihood’ of ‘immediate and serious harm’ sufficient to merit Garda involvement (eg, certain cases of chronic self-neglect without overt threats or violence). In this circumstance, it is possible that involuntary admission simply cannot proceed at that time because the person does not fulfil criteria for the involuntary admission process under the 2001 Act, despite being possibly very mentally ill.

Presuming that the doctor (eg, GP) does gain access to the patient following an application, the doctor’s examination ‘shall be carried out within 24 hours of the receipt of the application and the registered medical practitioner concerned shall inform the person of the purpose of the examination unless in his or her view the provision of such information might be prejudicial to the person’s mental health, well-being or emotional condition’.

The key question faced by the doctor on the recommendation form (Form 5) and (later) by the consultant psychiatrist on the ‘admission order’ (Form 6), is whether the person has a ‘mental disorder’ as defined in Section 3(1) of the legislation (Text Box 3).

If the doctor concludes that the person fulfils criterion (a) or (b) or both, the doctor can make a ‘recommendation’ for involuntary admission (Form 5) and a copy of the recommendation ‘shall be sent by the registered medical practitioner concerned [eg, GP] to the clinical director of the approved centre concerned [ie, psychiatric inpatient unit or hospital] and a copy of the recommendation shall be given to the applicant concerned’. Such a recommendation ‘shall remain in force for a period of seven days’ (ie, there are seven days to bring the person to the psychiatry inpatient facility named on the forms).

If the doctor concludes that the person does not fulfil criterion (a) or (b), then the doctor does not complete the recommendation for involuntary admission. If the applicant is unhappy with this decision, the applicant can seek to have the person seen by another GP, but must inform the second GP (on a new application form) about the decision of the first GP to decline to complete the first ‘recommendation’.

Step 3: The admission order at the approved centre

If the psychiatrist and GP believe ‘there is a serious likelihood of the person concerned causing immediate and serious harm to himself or herself or to other persons, the clinical director or a consultant psychiatrist acting on his or her behalf may, if necessary, request the Garda Síochána to assist the members of the staff of the approved centre in the removal by the staff of the person to that centre and the Garda Síochána shall comply with any such request’.

After the completed application and recommendation forms are received by the consultant psychiatrist, and the patient has arrived at the ‘approved centre’, the third and final step in the involuntary admission process can occur: ‘a consultant psychiatrist on the staff of the approved centre shall, as soon as may be, carry out an examination of the person’ and shall either (a) complete an ‘admission order’ if ‘he or she is satisfied that the person is suffering from a mental disorder’ (Form 6) or (b) ‘refuse to make such order’. The patient cannot be detained for more than 24 hours without such an examination taking place.

If an admission order is made, it authorises ‘the reception, detention and treatment of the patient concerned and shall remain in force for a period of 21 days’. This period may be later extended by a ‘renewal order’, under certain conditions.

(1) In making a decision under this Act concerning the care or treatment of a person (including a decision to make an admission order in relation to a person), the best interests of the person shall be the principal consideration with due regard being given to the interests of other persons who may be at risk of serious harm if the decision is not made.

(2) Where it is proposed to make a recommendation or an admission order in respect of a person, or to administer treatment to a person, under this Act, the person shall, so far as is reasonably practicable, be notified of the proposal and be entitled to make representations in relation to it and before deciding the matter due consideration shall be given to any representations duly made under this subsection.

(3) In making a decision under this Act concerning the care or treatment of a person (including a decision to make an admission order in relation to a person) due regard shall be given to the need to respect the right of the person to dignity, bodily integrity, privacy, and autonomy.

• Mental illness is ‘a state of mind of a person which affects the person’s thinking, perceiving, emotion or judgment and which seriously impairs the mental function of the person to the extent that he or she requires care or medical treatment in his or her own interest or in the interest of other persons’.

• Severe dementia is ‘a deterioration of the brain of a person which significantly impairs the intellectual function of the person thereby affecting thought, comprehension, and memory and which includes severe psychiatric or behavioural symptoms such as physical aggression’.

• Significant intellectual disability is ‘a state of arrested or incomplete development of mind of a person which includes significant impairment of intelligence and social functioning and abnormally aggressive or seriously irresponsible conduct on the part of the person’.

(a) Because of the illness, disability or dementia, there is a serious likelihood of the person concerned causing immediate and serious harm to himself or herself or to other persons;

(b) (i) Because of the severity of the illness, disability or dementia, the judgment of the person concerned is so impaired that failure to admit the person to an approved centre would be likely to lead to a serious deterioration in his or her condition or would prevent the administration of appropriate treatment that could be given only by such admission, and (ii) the reception, detention and treatment of the person concerned in an approved centre would be likely to benefit or alleviate the condition of that person to a material extent.