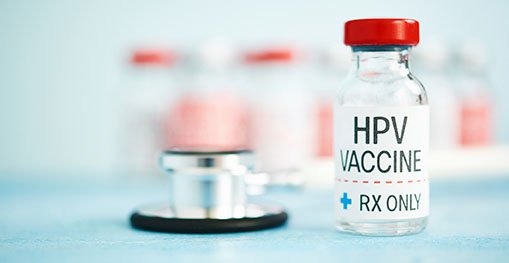 There are more than 100 known varieties of human papillomavirus (HPV) and approximately 80 per cent of people will get a HPV infection during their lifetime. Globally, HPV is the most common sexually-transmitted infection. Most HPV infections cause no symptoms and resolve spontaneously, however sometimes the infection can give rise to cancer. HPV types 6 and 11 cause more than 90 per cent of genital warts. Most HPV infections are low risk and do not lead to cancer, however, there are at least 12 high-risk strains, of which two cause the majority of HPV-related cancers. HPV types 16 and 18 can cause cancer of the cervix, vagina, vulva, anus, penis and oropharynx. These infections are often transmitted sexually or through other skin-to-skin contact. Vaccines can help protect against the strains of HPV most likely to cause genital warts or cervical cancer.

Nearly all cervical cancers are caused by HPV infections, but can take 20 years or longer to develop after a HPV infection. There is currently no specific treatment for HPV infection, so vaccination is paramount in the prevention of HPV-related illnesses.

Safer sex practices are also typically a first line of HPV defence for most people and should always be a part of HPV prevention plans. Condoms are central to reducing risk of HPV, however it is important to understand that they do not protect potentially vulnerable areas of tissue, such as those in and around the scrotum, vagina, vulva, or anus.

HPV infection and early cervical cancer typically do not cause noticeable symptoms, so it is very important that women have regular screening tests to detect precancerous changes in the cervix that might lead to cancer.

In 2008, the Nobel Prize in Physiology or Medicine was part-awarded for the discovery of HPV causing cervical cancer. This discovery made it possible to develop a vaccine against cervical cancer.  Against the prevailing view during the 1970s, German doctor Harald zur Hausen proposed a role for HPV in cervical cancer. He realised that HPV-DNA could exist in a non-productive state in tumours, and should be detectable by specific searches for viral DNA. He figured that if tumour cells contained an oncogenic virus, they should harbour viral DNA integrated into their genomes. The HPV genes promoting cell proliferation should therefore be detectable by specifically searching tumour cells for such viral DNA. Dr zur Hausen pursued his idea for over 10 years by searching for different HPV types, a search made difficult by the fact that only parts of the viral DNA were integrated into the host genome. He found HPV-DNA in cervical cancer biopsies, and discovered the tumourigenic HPV16 type in 1983. In 1984, he cloned HPV16 and 18 from patients with cervical cancer. The HPV types 16 and 18 were consistently found in about 70 per cent of cervical cancer biopsies throughout the world. His great discovery led to characterisation of the natural history of HPV infection, an understanding of mechanisms of HPV-induced carcinogenesis, and the development of prophylactic vaccines against HPV acquisition.

The first HPV vaccine was initially licensed for use in 2006. The HSE HPV vaccination programme was introduced in Ireland in 2010 using the HPV4 vaccine to protect young women from HPV infection and the risk of developing cervical cancer later in life.

Of the 538 cancers associated with HPV diagnosed in Ireland each year, a quarter are diagnosed in men. The number of oropharyngeal cancers caused by HPV is increasing in men. Vaccinating boys against HPV is now widely recognised as offering greater protection to everyone by preventing the spread of the HPV virus, which will reduce the burden of cervical cancer further.

Following good practice guidelines and successful use in other countries, from September 2019 the HSE began to offer the HPV9 vaccine to both boys and girls in first year in second-level schools on the recommendations of the National Immunisation Advisory Committee (NIAC), to protect them against cancers caused by HPV virus and genital warts in adulthood. The HPV vaccine is available free of charge and is given through a school-based programme to ensure high vaccine uptake. If a student misses the vaccine in school, the HSE will arrange for the student to be vaccinated at a HSE clinic.

HPV9 vaccine is offered to this age group before sexual contact occurs and they are exposed to HPV and because the response to the vaccine is best at this age. Research has shown that receiving the vaccine at a young age is not linked to an earlier start of sexual activity. Once infected with HPV, the vaccine might not be as effective or might not work at all but, if given before someone is infected, the vaccine can prevent most cases of cervical cancer. Under the age of 15, two doses of the vaccine are required, but at 15 years and older, three doses are necessary for full protection.

HPV vaccines have been endorsed by national and international regulatory bodies and proven to be very safe. The safety of the HPV vaccine has been strictly monitored for more than 12 years and is frequently reviewed by: The European Medicines Agency (EMA); the Global Advisory Committee on Vaccine Safety of the World Health Organisation (WHO); and the Centres for Disease Control and Prevention (CDC) in the US. The HSE is guided by the recommendations of the NIAC and the WHO. All vaccines used by the HSE are licensed by the Health Products Regulatory Authority (HPRA) and the EMA.

Since the HPV vaccine was first licensed in 2006, research conducted all over the world shows that the vaccine is safe and prevents cancer. There is no scientific evidence in Ireland or any other country that the HPV vaccine causes any long-term medical condition.

Some short-term side-effects can include: Pain; swelling and redness at the injection site; and/or headache in one-in-10 vaccinated people and one in 100 report nausea, pain in the vaccinated arm and/or mild fever. These can be treated effectively with paracetamol or ibuprofen. Occasionally, fainting can occur after getting the injection.

Sitting down for 10-to-15 minutes after the vaccination helps prevent the possibility of fainting. Rarer side-effects include wheezing in more than one-in-10,000 or an itchy rash or hives in more than one-in-1,000. Like most vaccines, severe allergic reactions to HPV vaccine are extremely rare (one per million).

The HPV9 vaccine is currently used in over 80 government-funded HPV immunisation programmes globally. Over 244 million doses of Gardasil’s HPV vaccines have been distributed worldwide and it is currently used in over 25 European countries, the US, Canada, Australia and New Zealand. In Ireland, over 750,000 doses have been distributed and more than 240,000 girls have been fully vaccinated against HPV.

Since the introduction of HPV vaccine in Ireland in 2010, reports of ano-genital warts have continued to decrease.

A study published in February 2019 in Cancer Epidemiology, Biomarkers & Prevention using data from the US CDC provides evidence that the HPV vaccine is effectively reducing the numbers of cervical cancer pre-lesions that can become cervical cancer.

The decline was biggest among women who had been vaccinated, but unvaccinated women also benefitted due to herd immunity.

Because HPV vaccines do not protect against all HPV types that can cause cancer, screening continues to be essential to detect pre-cancerous changes in cervical cells before they develop into cancer. In addition, cervical screening is critically important for women who have not been vaccinated or who are already infected with HPV.

The message from the HSE NIO is that the HPV vaccine is safe and effective and does not cause any long-term medical condition. HPV vaccine protects against seven out of 10 cervical cancers.

Countries with high vaccine uptake rates have seen the best impact, ie, in Scotland, where 90 per cent of girls have been vaccinated since 2008 there has been a dramatic fall in HPV infections.

Pre-cancerous growths of the cervix have been reduced by up to 75 per cent in countries such as Australia, Sweden and Scotland.

The uptake of the HPV vaccination against cervical cancer in Ireland has risen to over 70 per cent, a rise of 20 per cent in the past two years.

These figures mark a welcome recovery in demand for the vaccine, which was the subject of a campaign of opposition by some parents’ groups and the anti-vax movement, led by misinformation through negative social media. Despite the absence of any scientific basis for claims linking the vaccine to chronic illness among some girls, uptake of the vaccine in Ireland fell from 87 per cent in 2014 to just 50 per cent in 2016/17.

It is important that people are aware of the pitfalls of relying on ill-informed and unreliable sources for healthcare advice and receive the facts and reliable information and data about the benefits and safety of HPV vaccination from regulatory Government bodies, the HSE and healthcare professionals.

The HPV vaccine saves lives. Thanks to recent targeted campaigns, including the positive use of social media by the HSE NIO, HPV Alliance, the Irish Cancer Society and HPV vaccine advocates, including the late Laura Brennan, Ireland is now seeing a reversal of these negative trends, and levels of HPV vaccine uptake are once again increasing and continue to rise.

Dedicated to the late Laura Brennan who, despite her own illness, campaigned bravely and tirelessly as a leading advocate for the HPV vaccine. Thank you Laura. Míle buíochas duit.