The MAIT cells connection in HS 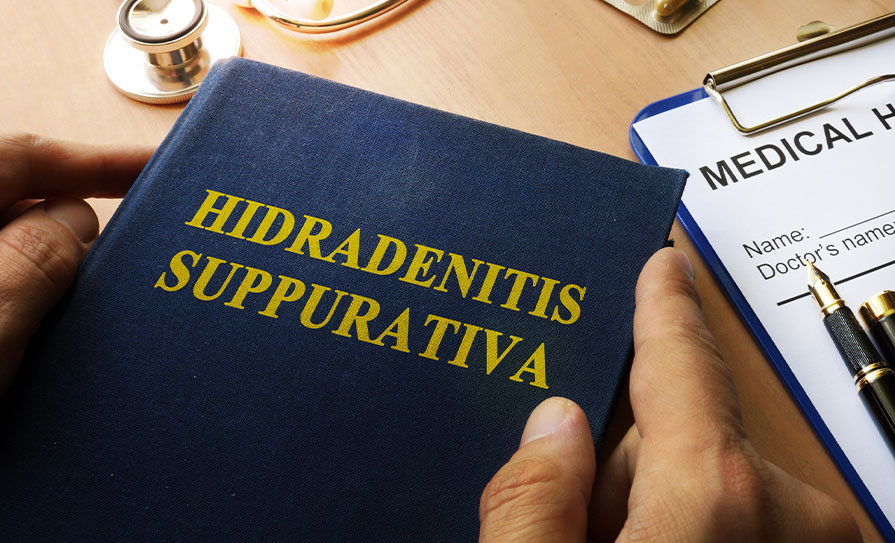 The Charles Institute, Ireland’s national dermatology research and education academic centre, played host to a range of guest speakers who covered a variety of topics ranging from skin cancer to psoriasis, among others. The series, which was sponsored by RELIFE (part of the A.Menarini group), was designed to provide expert advice from a range of distinguished national and international experts in their respective fields and was chaired by Prof Desmond Tobin, Full Professor of Dermatological Science at UCD School of Medicine and Director of the Charles Institute of Dermatology. The seminars were broadcast to attendees with a special interest in dermatology in other locations, who accessed the talks remotely via an audio-visual link.

Attendees heard a presentation from Andrew E Hogan (PhD), Associate Professor and Principal Investigator at the Lonsdale Human Health Institute in the Department of Biology, Maynooth University. Dr Hogan provided an overview of hidradenitis suppurativa (HS), a chronic inf lammatory skin disease with an initial focus on the hair follicle that has a severe impact on quality-of-life for the sufferer.

The inflammation results in painful lesions of apocrine-gland bearing skin, explained Dr Hogan, and several inflammatory cytokines have been implicated in the pathogenesis of HS, including IL-17. He described Mucosal Associated Invariant T (MAIT) cells, a population of unconventional ‘innate’ T-cells that are capable of robust cytokine secretion in a T-cell receptor-dependent or independent manner.

Upon activation, these MAIT cells can rapidly excrete a milieu of cytokines, including IL-17, Dr Hogan explained. MAIT cells have been reported in the gut, periphery and skin, and recent research has shown their involvement in a number of inf lammatory diseases, such as psoriasis, rheumatoid arthritis, and obesity, he said.

Dr Hogan brief ly outlined how his research into the immunometabolism of obesity led to his interest in HS. His research group, the Metabolic Immunology Research Group, spans four sites, including Maynooth University, St Vincent’s University Hospital, CHI Crumlin, and Tallaght University Hospital. He provided an overview of the complications of obesity in terms of comorbidities and explained that HS is recognised as one of these complications.

Dr Hogan presented case studies and some background on his previous research and how it led him to specialist work on immunology, and specifically the chronic inf lammatory disease HS. “What we have found from our current working models is that MAIT cells are reduced in HS blood and accumulate in lesions,” Dr Hogan told the attendees. “Whether they are actively trafficking there or not we don’t know, but we do have evidence that MAIT cells traffic via a CCR6-CCL20 axis in a forward-feeding loop,” he said. “In both the blood and lesions of people with HS, there is elevated IL-17, and this IL-17 is promoting chemokine production by dermal fibroblasts. We are really focused on whether we can target and modulate the functional responses of these MAIT cells.”

He explained that he and his team have discovered that MAIT cells are heavily dependent on glucose metabolism, and told the seminar: “MAIT cells definitely utilise exogenous glucose metabolism upon activation and this is required for MAIT cell proliferation and IFNÿ production,” he said. “We have also found out that MYC acts as a master regulator of MAIT cell metabolism. This is all having similar effects as in obesity,” he added. “MAIT cells from PWO display defective MYC, underpinning altered metabolism and function.”

His studies, along with colleagues, have shown that IL-17 producing MAIT cells (termed MAIT17 cells) are extremely rare in healthy controls, despite high rates of glycolysis, whereas in obesity, MAIT17 cells are expanded, but glycolysis is reduced, said Dr Hogan. “We are working to find out what supports IL-17 metabolism, because we think that the changes in the environment, through inf lammatory signals and changes in nutrient availability, start to result in stressed mitochondria and changes in the potential of the mitochondrial membrane.”

He continued: “We found that when we take MAIT cells from people with obesity, we get more reactive oxygen species [ROS]-related genes expressed and when we look within the mitochondria of those MAIT cells, we see we get far more ROS. There is a link between ROS and inflammation – in macrophages, a lot of IL-1 is being driven by ROS, but in conventional T-cells, there are links between ROS and Th17 [cells].” He gave a brief outline of efforts to remove ROS from the process with different compounds: “We don’t quite know the signals yet, but the altered mitochondria accumulate ROS, and that ROS supports IL-17 production – if you get rid of the ROS, you get rid of the IL-17,” he explained.

“So we have this very strong link between IL-17 and stressed mitochondria,” Dr Hogan summarised. “Currently, we think there is an external signal… that leads to a stress response between mitochondria and ROS, and somehow that ROS drives IL-17. We don’t yet know all the answers [to that process], but we know that if we scavenge that ROS, we lose all that IL-17 and we showed we could achieve that using over-the-counter supplements. We are working on developing a good mouse model where we can further observe these effects.”

Dr Hogan concluded: “MAIT17 cells are expanded in people with HS, obesity, as well as in ankylosing spondylitis, multiple sclerosis, among other conditions,” he said. “Dysregulated mitochondria with elevated ROS expression is consistent across MAIT17 cells, and scavenging ROS limits MAIT cell production of IL-17. This is also consistent across multiple prime diseases – this is not an obesity-driven phenotype, this is a MAIT17 phenotype.”

During an interactive clinical discussion and Q&A session, Prof Tobin commented: “We hear that it can often take up to seven years for some HS patients to be formally diagnosed with the condition – that there can be a big delay at time to diagnosis,” he said. “There would appear to be ‘bombs’ going off everywhere in HS tissue [over time], and potentially most if not all immune cell types becoming implicated eventually, as well as myriad cytokine types.

“In terms of the disease course, if MAIT cells are innate immune cells, rather than from the adapted arm of the immune system: Are they more important early in the onset of HS? Where would you place these cells within the domino cascade of HS, given that IL-17 is quite common in inflammatory skin disease?” asked Prof Tobin.

Dr Hogan replied: “MAIT cells are unusual, in that they are part of both the innate and adaptive systems – they bridge the two, so this immune cell type somehow sits in the middle; that said, we do suspect that they kick-in early on in HS disease,” he said. On the question of whether MAIT cells continue their activity during the entire course of a HS lesion that proves difficult to repair, Prof Tobin remarked that with time, tissue affected by HS may become extremely problematic and involves scarring, sinuses, tracts, and other very difficult-to-treat clinical symptoms. “They [MAIT cells] are obviously unable to prevent that level of damage, so do they maintain their presence throughout the course of a lesion?” he asked.

Dr Hogan responded that one of his collaborators recently received an advanced grant to examine exactly this area of MAIT cells and tissue repair. “Tissue repair happens in a normal homeostatic environment,” he told the meeting. “But in HS, these cells receive a signal to become inflammatory. What we are trying to establish is what those signals are, how do you stop them, or what is it in the environment that is promoting that inflammation, and can we then take that away.”