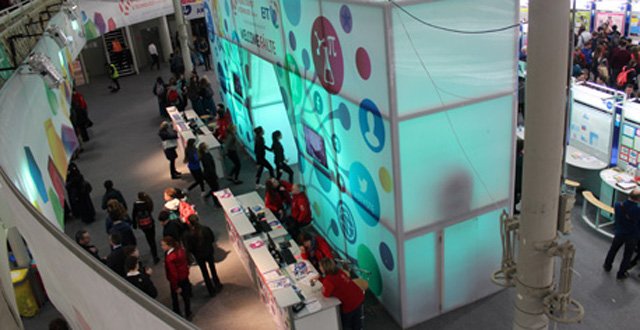 I was telling my wife about my day at the BT Young Scientist and Technology Exhibition (BT-YSTE), particularly about the enthusiasm of the students. After 10-to-15 minutes of continuous talking, it occurred to me that I probably sounded like one of the excited young teenage students. That’s what this exhibition does to you. It fills you with a good feeling, with knowledge, and with more confidence in the future.

So what specifically was on show? Projects included overcoming bacterial resistance, reducing accidental death, safer leisure activities, genetic reprogramming, evaluating disease treatments, disease awareness, and literally hundreds of others. In this article, I am only able to bring you a small flavour of the health-related articles I visited.

Diabetes mellitus (DM) is a disease that affects the young and the not-so-young and is a topic that features every year. This year, I talked to a number of students who had type 1 DM or had a close family member with the condition. Emma Buckley, a transition-year student from Presentation Secondary School in Thurles, was one such student. Emma was diagnosed with diabetes at age 13. She was on multiple daily insulin injections (MDI) for two years when she was offered a chance to move to continuous subcutaneous insulin infusion (CSII), also called insulin pump therapy. Although she did have some difficulties with MDI, she considered “this is diabetes; that’s the way it is”. Initially, she told me, she didn’t see any need to change to CSII from MDI as “no need to fix what isn’t broken, and MDI was okay”.

I love finding out what brought the students to the project they are presenting. Emma decided she would try the change and, after a very demanding few weeks setting it up, was delighted with the outcome — “I didn’t realise how easy life could be until I was on the pump”. She wondered how other young people with diabetes feel, so she and her two project partners, Rachel Sweeney and Leah Ryan, decided to investigate.

They surveyed 56 young people with T1DM (aged <19 years; 38 CSII, 18 MDI) using a questionnaire comprising a mix of five physical and five social and psychological questions. One physical problem affecting CSII users specifically was that of lumpy injection sites if CSII sites were not rotated every two days. For all the other questions in their survey, those on pumps were, on average, happier than those using MDI.

Chemoresistance is a big factor in cancer treatment, a fact noted by Conleth Aspel while pursuing his interest in medicine, and particularly in cancer research. Conleth is a fifth-year student in Coláiste Treasa in Kanturk, Co Cork, and he told me that while reading-up about cancer, he came across fasting as one proposed mechanism to improve response to therapy. He drew-up a plan to treat cancer cells in vitro with short-term fasting; he chose oesophageal cancer, as its prognosis is poor. The next step, as with many Young Scientist projects, was to make contact with, and seek help from, experts in the field. In this case, help came from the Cork Cancer Research Centre (CCRC) which, as well as expertise, provided the type of equipment and materials not available in a school lab.

Conleth worked with CCRC from late in transition year, through the summer, and into fifth year. He found that the process of fasting cells after application of 5FU chemotherapy gave consistent sensitisation, from which the cells were not able to recover. One morphological feature he observed, and which I must confess I was not aware of, was ‘cell-in-cell’. Untreated oesophageal cancer cells rarely had cell-in-cell structures, 5FU-treated cells had small amounts, but cells treated with both 5FU and fasting had a big increase (p<0.001) in cell-in-cell for both the cell lines he studied. The cell-in-cell phenomenon has been proposed as a mechanism of cell death, where one tumour cell ingests another to recover nutrients, and possibly DNA. Conleth stressed to me that his findings are not promising an imminent treatment in humans, but are helping to lay the foundations for the future. The judges were obviously as impressed as I was, since they awarded him first place in his category.

Although some of the medically-related projects involved sophisticated technical and biological investigations, others dealt with equally important everyday features of disease and treatment. One such project was Brian Lyons’s award-winning project on the readability of public health resources. Brian, a fiifth-year student in Lanesboro Community College in Longford, began thinking about health literacy upon hearing some of the jargon his pharmacy student brother was using. He assessed different categories of health literature against three readability scores to ensure they fitted in to an appropriate score range — simple enough to be understood, yet not so simple they failed to impart the required information.

Of course, as the FDA guideline states, readability and understanding depend on some qualitative factors as well as the quantitative factors studied for this project. Nevertheless, it was interesting to note that Brian found only a few of the patient information leaflets/inserts he tested scored in the appropriate range. Product information provided with over-the-counter (OTC) medications scored better on readability than information accompanying prescribed medications. This is not unexpected, given that OTC medications are often bought from supermarkets, but it may also place more importance on availability of person-to-person advice from pharmacists or medical practitioners.

Uptake of the HPV vaccine is certainly an important point of discussion at the moment. I noted five projects on the topic, of which Isobel Moloney’s award-winning ‘What’s the deal with the HPV vaccine?’ was one I got to visit. Isobel is a fifth-year student at St Andrew’s College in Dublin. She distributed three different surveys (to children, lay-adults and medics) via email and web links and received 1,432 responses from nine different counties.

Among the interesting findings from this survey was that over 50 per cent of lay adults and medics ‘agreed’/‘strongly agreed’ with the suggestion that HPV vaccine be mandatory, with strong legal measures to enforce. On a more general front, Isobel told me access to reliable information was seen as a problem and she herself found it difficult. She suggested a HSE-supported database would help. She also suggested that for this important topic, a parent evening pre-vaccination could be a big help. At such a meeting, information could be given to parents and children, while also facilitating interaction and discussion of all the arguments.

We all know how important blood tests are; well, I would say that, wouldn’t I? The very first project I headed for, once I had my media badge, was titled ‘The investigation and the correlation of the importance of blood tests for all age groups in today’s modern society’. Mary Moloney and Niamh Murphy, transition-year students in Laurel Hill Secondary School FCJ in Limerick, talked to 600 members of the public using a 10-question survey, having first performed a pilot study on 200 people. Their preliminary study showed a mere 2 per cent of the over-40s never had a blood test. They then focused on those with health conditions, asking whether the condition was diagnosed by blood test, scan, or other. Overall, 62 per cent of respondents and 70 per cent of over-40s stated they were diagnosed by a blood test. Of those aged over 40, some 56 per cent had a blood test in the previous six months, and a total of 79 per cent in the past year.

I have some concerns about the volume of GP blood tests we see in our lab, particularly the frequency of repeat testing. However, in respect of this project, the students’ own interest arose from very appropriate testing by Mary’s GP. When she presented with tonsillitis and her GP was aware of a family history of markedly-elevated cholesterol, he tested Mary; that led to diagnosis of familial hypercholesterolaemia and the start of life-saving treatment. Small wonder the girls believed everyone should have a blood test.

Interesting as all the health-related projects were, I also found time to indulge my personal interests. I compete in Masters Athletics (for over 35s, for which I am well qualified); I found projects relating to my warm-up (dynamic versus static exercises), my races (effect of competition on speed when sprinting) and getting me home safely when the competition-induced adrenalin wears off (driver fatigue). On a different topic, we won’t mention how highly I scored on the MQ (Messiness Quotient) devised by Ava Lehane of Coláiste Muire in Crosshaven. My creative advertising daughter Susan, who took the accompanying photographs in this article, found her own diverse array of projects that focused on her personal interests, including Photoshop use, the advertising industry, and the fate of the Irish language.

I hope this brief taste of the 2018 BT-YSTE will inform you a little, and inspire you a lot — inspire you because at this exhibition, there are so many young people who see a problem, want to help fix it, and then start to do something about it. The 550 projects which qualified for the 2018 exhibition were the cream of 2,031 projects from 4,251 students submitted to the competition. If you’ve been to BT-YSTE, you’ll know what I mean. If you haven’t, resolve to go next year. You will be the better for seeing our bright future and you will learn new things, plus you will see old things in a new light.