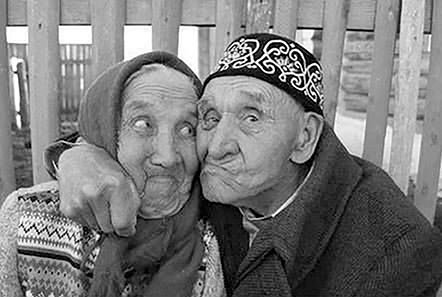 Happy New Year, readers. For many of us, it simply means another year further away from the time we were born, while for many of our medical students, it’s simply ‘another day older and deeper in debt’. Either way, as each year passes, we get closer to targeted therapies and personalised medicine thanks to the efforts of researchers. I am neither a geneticist or a researcher, but I do take an interest in any research that might shed light on how we can live longer, and better. Therefore I took an interest in some research that was released towards the end of last year.

As a population, the Japanese are renowned for their longevity and some of them are actively trying to find out why. Therefore Dr Kosuke Hashimoto of the Riken Centre for Integrative Medical Science in Japan decided to take a closer look at the genetic make-up of seven ‘supercentenarians’, people who live beyond 110 years and older. These people are of course rare, but their immune systems may provide important clues for the rest of us.

Dr Hashimoto and his team looked at more than 40,000 circulating immune cells from these supercentenarians and compared them to those of younger controls aged between 50-to-80 years. The findings were published in the Proceedings of the National Academy of Sciences, but for the purposes of this whistle-stop version of the results, the super-aged had a very high level of cytotoxic cells, sometimes up to 80 per cent of all their T-cells, compared to only 10-to-20 per cent in the controls.

That was kind of to be expected but in addition, they found that most of these cells had been cloned from one single ancestor cell. That’s an unintended but very nice inheritance to leave behind.

Of course, CD4 T-cells acts as ‘sentinels’ that seek out intruders and when they find them, the T-cells send out the chemical signal to attract immune cells to step up and wipe out any invading organisms. However, in the supercentenarians, these T-cells don’t wait for the cavalry to arrive, but take up arms and attack the invaders themselves. While the average person typically has less than 10 per cent of these cells overall, super-agers usually have around 25 per cent.

Dr Hashimoto and colleagues wrote: “Our study reveals that supercentenarians have unique characteristics in their circulating lymphocytes, which may represent an essential adaptation to achieve exceptional longevity by sustaining immune responses to infections and diseases.” As always, ‘further research is needed’. However, this is a fine start.

As I wrote this, I was reminded of a 100-year-old doctor who was approached some years ago by US TV network NBC for his advice on how to live into old age. His wisdom included comments such as “exercise, to me, is totally unnecessary. I think it’s mostly overrated.” He also weighed-in on nutrition, stating: “The use of vitamins? Forget it. And I don’t encourage going to a lot of doctors, either.”

And finally: “Fall in love, get married. Sex is to be encouraged.” At the time of the interview, the grand old doc was still running his own practice. So, digest the clinical research and the doctor’s advice and draw your own conclusions!

In with the new…

Wishing all our readers a happy, healthy New Year with a brief offering to finish off this issue’s instalment. I am always glad to receive any comments, opinions or contributions to info@mindo.ie.

For the year ahead, a husband decides to turn over a new leaf and inject some much-needed romance into his marriage. The couple had been out shopping for most of the day, however suddenly, the wife realised that her husband had disappeared. Somewhat irate, she called his mobile phone and demanded, “where are you?”

The husband replied: “Darling, do you remember that little jewellery shop where you saw that beautiful diamond necklace and totally fell in love with it, but I didn’t have the money at that time and I said ‘darling it’ll be yours one day’?”

His wife tremulously purrs, “yes, I do remember that, my love!”

It’s New Year’s Eve and Paddy is in no shape to drive, so he sensibly leaves his vehicle in the car park and walks home from a party. As he is wobbling along, he is stopped by a guard.

“What are you doing out here at 4 o’clock in the morning?” asks the police officer.

“I’m on my way to a lecture,” replies Paddy.