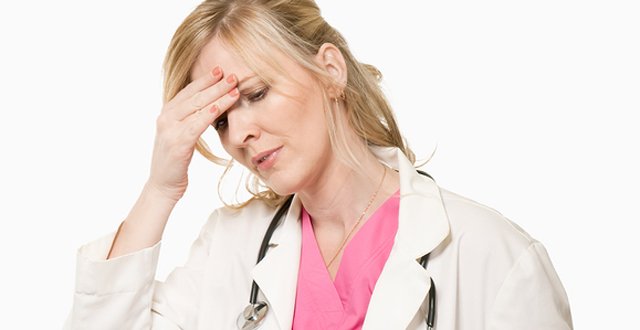 It seems that women can do no right these days. There are not enough of us in politics and too many in medicine. In politics, this means that men make all the decisions, while women whinge and complain. Too many female doctors has led to the ‘feminisation’ of medicine.  The dictionary definition of feminisation is “the development of female characteristics in a male because of hormonal disorders or castration”, so I am not sure how it came to be used in this context. Nevertheless, feminisation, we are told, will inevitably lead to the destruction of medicine as we know it, as a consequence of women taking time off for childcare and refusing to work the long hours required of our male predecessors. These are not my views. They are views I have heard expressed publicly and privately, by educated, experienced men and women who seem to have little understanding of the complexities of being a woman in today’s world.

Hillary Clinton has been criticised for not asking Donald Trump to back off when he stalked her on stage during a US Presidential debate. In her new memoir (being released this month), What Happened, Hillary says that she frequently returns to this incident, asking herself that same question. Why did she not call him out on his behaviour? Perhaps this would have won her the US election, or perhaps it would have been an earlier nail in her coffin. Who knows? The astonishing thing is that the man who stalked and intimidated her in front of millions DID get elected President, so she is not the only one who ignored his behaviour. Meanwhile, she is continually criticised for her voice, appearance and age, illustrating just some of the difficulties experienced by women who want to succeed in the political world. Politics is a challenging choice for women.

Female doctors also expend a lot of energy swimming against the tide. My daughter, a final-year medical student, recently attended a career seminar. The seminar consisted of hospital consultants talking about a typical working day. Of the 10 consultants present, one was female. All described working long hours and busy daily schedules. At the end of her presentation, the female consultant paid tribute to her husband, without whom, she said, she would be unable to do her job, as he took full responsibility for the children and the household. No male consultant felt the need to reassure others that their children were not abandoned street urchins without a parent to care for them. The message to the female students was clear: ‘Of course, you are capable of doing any job you choose but think now about how you will manage your house and children.’ Male medical students are free to choose careers based on interest and ability, unencumbered by such domestic considerations. Women are expected to choose careers that will not interfere unduly with their role as wife and mother.

Pregnancy and childcare are regarded as having a negative effect on a woman’s career. Women, in many occupations, are not expected to advance to senior level and therefore, they do not. Rebecca Solnit, writing for The Guardian recently, stated that there are less women in CEO posts in the US than there are CEOs named John.  A recent US study found that while five-year-old children believed that both boys and girls could be “really, really, smart”, by the age of seven this thinking had changed, with both sexes identifying boys as likely to be much smarter than girls. Stereotypes are formed early and influence all of us throughout our lives, making women’s attempts to be taken seriously in careers that require high intellectual ability, a constant battle with an invisible enemy.

As women, we must challenge our beliefs about ourselves.  We must not apologise for taking time out for family commitments. We must demand true recognition in the workplace when we return. Scott Sonenshein, in his book Stretch: Unlock the Power of Less and Achieve More Than You Ever Imagined, quotes research that shows parenthood brings lots of benefits to professional life. Patience, dealing with chaos, perspective and improved interpersonal skills, sharper managerial skills and increased life satisfaction are but a few. It appears that the more diverse a person’s roles, the more they enhance each other and improve performance in both personal and professional lives. This is true for both men and women.

So, when my daughter asked me if I thought general practice would be a good career choice for her, I responded as I would to any intelligent, committed, hard-working female embarking on any career. Choose what you think you will enjoy. Choose based on your abilities. You will have many roles throughout your lifetime.  If motherhood is one of them, it will be a much greater help than a hindrance to whatever career path you choose.