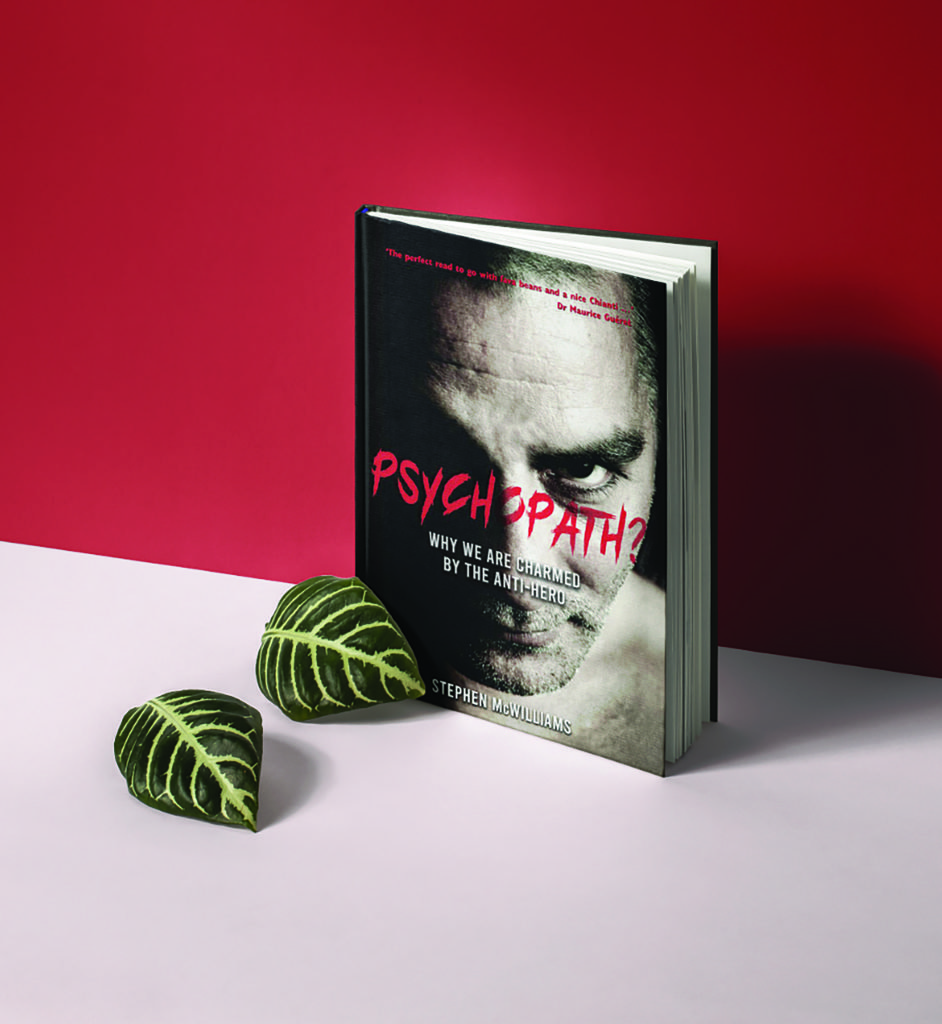 In an extract from his new book, Dr Stephen McWilliams argues that despite his reputation for arrogance and coldness, Baker Street’s famous fictional resident often displays empathy and warmth

Sherlock Holmes is a firm favourite among aficionados of detective yarns. The obsessional sleuth with a penchant for cocaine and opiates was first introduced to readers in A Study in Scarlet (1887). As the novella opens, our hero is first acquainted with Watson as narrator, recently wounded in Afghanistan and in search of someone to share rooms with as he convalesces. Through the eyes of Watson, we first witness the singular empirical skills of Holmes as he solves a case that has otherwise confounded the local constabulary.

Holmes was, of course, created by the Scottish physician and writer Sir Arthur Conan Doyle, who originally wrote short stories to supplement his income, while also killing time between consultations. The character is thought to be a composite of Prof Joseph Bell (Doyle’s former university lecturer), Edgar Allan Poe’s Detective Dupin, and a former criminal named Eugène François Vidocq (who became the first chief of the Surété in Paris on the principle that ‘it takes a thief to catch one’). Of note, Watson is thought to have been based on Doyle’s personal secretary, Major Alfred Wood. Indeed, there may well be a bit of Doyle himself in Holmes’s side-kick.

The success of A Study in Scarlet led to a series of 56 short stories in the Strand Magazine that appeared between 1891 and 1927. These were subsequently published in book form, ultimately comprising five volumes. Four additional novels were published but alas, Doyle felt that his literary ambitions were being thwarted by Holmes. He once complained that “I feel towards him as I do towards pâté de fois gras, of which I once ate too much, so that the name of it gives me a sickly feeling to this day”. This subjective sense of tedium led to The Final Problem and that infamous scene at the Reichenbach Falls in which Holmes wrestles with his arch-nemesis Prof James Moriarty (‘the Napoleon of crime’) and the two men plummet to their supposed deaths.

Doyle’s broad readership were none too impressed, and showed limited interest in his more literary endeavours. He succumbed to public pressure some 10 years later by penning the novella, The Hound of the Baskervilles (1902).

Holmes has served as the blueprint for virtually every fictional detective, from Agatha Christie’s Poirot to Colin Dexter’s Morse. Holmes has been portrayed time and again on stage, radio, television and the silver screen; indeed, Guinness World Records lists him as the most portrayed fictional character of all time. By 1916, the actor Harry Arthur Saintsbury had played him over a thousand times on stage. Basil Rathbone was cast as Holmes in 14 American films — 12 for Universal Pictures and two more for 20th Century Fox. And the interest in Holmes has not waned since. Robert Downey Jr recently played Holmes in two films directed by Guy Ritchie, while perhaps the most notable television portrayal belongs to Benedict Cumberbatch in the recent BBC series, which is simply entitled Sherlock.

The novelty of this latest adaptation is that it is set in modern-day London. The plots are cleverly updated to ensure that Holmes’s deductive powers are still as essential as ever, notwithstanding the age of forensic science. Martin Freeman plays a plausible Watson, while Cumberbatch seems made for the role of principal protagonist. Holmes is such a singular character that at least some commentators have asserted that he might be a psychopath, even if only to a technical degree. Apparently included among these ranks are the scriptwriters of Sherlock. In one episode, Holmes (in response to a policeman who suggests he is a psychopath) declares with some annoyance, “I’m not a psychopath, Anderson; I’m a high-functioning sociopath; do your research!” Some critics, quite rightly, have cast doubt on whether he is either.

Psychopath, sociopath or neither?

Despite Sherlock’s self-diagnosis, psychopaths and sociopaths do not tend to diagnose themselves. How can a person incapable of empathy decipher their lack of it? Moreover, there is considerable overlap in the characteristics of a psychopath and a sociopath. In many ways, they are two different terms arrived at separately to describe a similar phenomenon, even if clinicians and academics continue to argue about the subtle differences. Moreover, Holmes may have a high intellect and a demeanour that is frosty at times, but he clearly does not lack a conscience.

Holmes is ‘good’ by nature. Yes, he is eccentric, but certainly not a psychopath. To illustrate this, we could be guided by the Psychopathy Checklist (PCL-R), developed by Prof Robert D Hare and colleagues and containing 20 items, categorised into interpersonal, affective, lifestyle and antisocial traits. Starting with the affective traits given the apparent accusation of coldness, we must ask, is Holmes really cold or has he simply trained himself to become temporarily dispassionate in order to remove as much bias as possible from his empirical reasoning? Many professionals — doctors, for example — do this in daily practice. So, can we say this of Holmes?

Holmes might pretend to be cold, but there is curious warmth in his wisdom. We can see that he experiences true emotion, showing a consistent affection for his housekeeper Mrs Hudson, his older brother Mycroft, his sidekick Watson and various other characters during the course of his many adventures. He has even been known to let minor criminals off the hook purely out of kindness when he feels their otherwise-inevitable punishment is undeserved. A man who lacks empathy would never do this. Holmes displays a clear sense of guilt and remorse in The Adventure of the Three Garridebs when Watson is wounded. He apologises profusely (which psychopaths never do) when he startles Watson in The Adventure of the Empty House. Holmes is also a man who accepts responsibility for his own actions. In A Scandal in Bohemia, he falls in love with Irene Adler, the only villain to ever truly outwit him. Again, such emotion seems implausible in a cold and calculating psychopath.

So, what about the interpersonal traits? Okay, so it could be said of Holmes that he has a somewhat grandiose sense of self-worth. When we meet him for the first time in A Study in Scarlet, he is in his laboratory perfecting a scientific test to detect blood, which he refers to as “the most practical medico-legal discovery for years”. This might give us the initial impression of grandiosity, but hindsight suggests that such a breakthrough would indeed transpire to be revolutionary. Moreover, Holmes is quick to point out his own shortcomings to his prospective new room-mate, namely that he gets “in the dumps” at times, doesn’t open his mouth for days on end and can be sulky. Holmes knows his limitations. In The Disappearance of Lady Frances Carfax, he implores Watson (who regularly publishes his dramatic accounts of Holmes’s mysteries): “Should you care to add the case to your annals, my dear Watson, it can only be as an example of that temporary eclipse to which even the best-balanced mind may be exposed”. By this, he presumably means that it took him longer than usual to solve the case.

Holmes’s charm is not superficial; it is usually heartfelt. He is not glib in his remarks, but rather calculatedly reserved and precise. He does lie, con and manipulate at times (as do we all) but never for personal gain, always in a quest for the truth.

In terms of lifestyle, yes, Holmes has a clear need for excitement. When he runs out of cases to solve, he succumbs to his cocaine addiction and even dabbles in the use of morphine. Perhaps he takes advantage of Watson at times, but the reverse is also the case; their relationship is clearly as symbiotic as it is rich. Moreover, Holmes is not impulsive, irresponsible or unrealistic in his long-term goals. Indeed, he is man of honour with an ethical code he adheres to. He does not involve himself in promiscuous sexual behaviour and he has not had a series of short-term marital relationships. If anything, Watson is guiltier of this.

And with antisocial traits, we move even further from the fundamental character of Holmes. Although we know little about his childhood, we are unaware of any early behavioural problems or juvenile delinquency. He is well behaved in general and, although prepared to bend the law, he rarely breaks it. As he has never been convicted of a crime and sent to prison, revocation of conditional release does not even apply. So, as we can see, Sherlock Holmes falls far short of the requirements for psychopathy.

Indeed, part of the reason Holmes is so compelling is that he is likeable, with a hint of vulnerability, notwithstanding his intellect. His sleuthing abilities attract the unwanted attentions of numerous villains and arch nemeses, while he is outwitted by Irene Adler and almost killed by Prof Moriarty. Occasionally, we feel privileged as he takes us into his confidence, narrating two of the short stories, namely The Adventures of the Gloria Scott and The Musgrave Ritual. He is always courageous, often charming, never boring and he clearly has a wealth of deductive skills and talents that we admire. His only ‘victims’ per se are criminals who deserve their comeuppance and make Holmes look good. Finally, the dark and Bohemian backdrop of Victorian London makes Holmes look all the more noble and true.

So, despite rumours to the contrary, Sherlock Holmes is certainly not a psychopath.

Dr Stephen McWilliams is a consultant psychiatrist and author. His latest book, Psychopath? Why We Are Charmed by the Anti-hero, is published by Mercier Press. ISBN: 978-1-78117-590-3