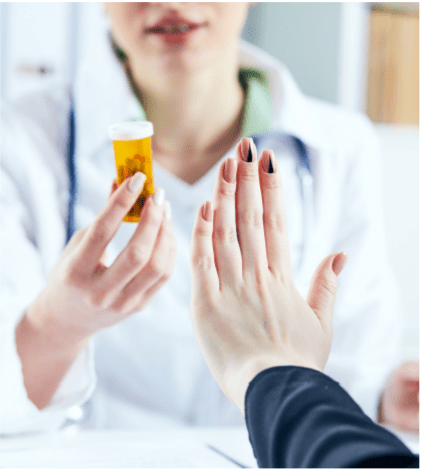 Time is generally of the essence in any situation where a patient refuses life-saving treatment for religious or cultural reasons. It may be helpful to practitioners to be aware of the position in Irish case law, of their ethical obligations, and of imminent legislation which could assist in such situations.

Beginning with relevant case law, President of the High Court Joseph Finnegan took what has been described as a ‘social approach’ in 2003 by considering the patient’s situation and her culture. The social approach
seems to allow latitude for considering patients’ situations on a case-by-case basis.

In this case, the patient had become a Jehovah’s Witness when she married her husband. She fell critically ill and needed life-saving blood transfusions and a liver transplant, but declined to sign the consent forms. Her husband then made an application to Court seeking a blood transfusion for her. President Finnegan, in the High Court, admitted the patient to wardship and directed that the necessary medical treatment should be provided to her. He held that the patient’s decision to refuse treatment was uncertain as she appeared more focused on her husband’s culture and religious views, and her desire not to displease him, than focused on her own wellbeing. He concluded that the patient would agree with her husband’s decision to go ahead with the transfusion, given that she had become a Jehovah’s Witness because of him.

This later High Court judgment, from 2007, clarifies a medical practitioner’s responsibilities regarding informed consent, defines the test for capacity and prompted amendments to the Medical Council’s Guide to Professional Conduct and Ethics for Medical Practitioners (the ‘Guide’). In this case, Ms K lost an estimated 70-to-80 per cent of her blood after giving birth in the Coombe Women and Infants University Hospital, but stated that she was a Jehovah’s Witness and refused an emergency blood transfusion.

There were genuine doubts about the validity of Ms K’s refusal for several reasons including her very poor clinical condition, a language barrier causing communication difficulties, and the fact she had originally confirmed to the hospital that she was a Roman Catholic. In discussion with the Master of the Coombe, Ms K had proposed a transfusion using a mixture of cola and tomatoes instead of blood, which suggested that she did not
understand how serious her situation was.

Within a matter of hours, the hospital applied for and obtained an emergency court order to permit the transfusion, which was then carried out. Ms K made a full recovery. The hospital later litigated the matter, seeking confirmation that it had proceeded appropriately. Ms K counter-sued and alleged assault. Judge Mary Laffoy heard the case, which ran for 37 days. The main issue was whether, and when, a court could intervene when an adult patient lacking capacity had
refused medical treatment.

Judge Laffoy ruled in favour of the hospital and found that it was objectively justified in doubting Ms K’s capacity to consent. She set out the following principles regarding the matter of consent:

A. Has not understood the medical information and the consequences of refusing the treatment.

C.Has not factored in the medical information, options, and likely outcomes in making their decision.

4. The clinician is under a duty to explain the recommended and appropriate treatment at the time, the
options and alternative, the risks and benefits, and the likely consequences of each course of action.

5. Misunderstanding information may point towards a lack of capacity, but irrational decision-making is not
relevant to assessing capacity.

6. An assessment of capacity must take account of gravity of the likely consequences of accepting/refusing treatment.

Judge Laffoy recommended maternity hospitals should ask women at the booking stage if they will consent to blood transfusion in an emergency and introduce clinical guidelines on treating obstetric haemorrhage if a transfusion is declined.

Judge Laffoy also recommended that the Medical Council should give ethical guidance on assessing capacity to refuse treatment in its Guide.

The ethical guidance, which was incorporated in paragraph 10 of the subsequent edition of the Medical
Council’s Guide as a consequence of the Fitzpatrick case, states that:

“Every adult patient is presumed to have the capacity to make decisions about their own healthcare. As their doctor, you have a duty to help your patients to make decisions for themselves by giving them information in a clear and comprehensible manner and by ensuring that they have appropriate help and support. The patient is also entitled to be accompanied during any such discussion by an advocate of their own choice.”

The Medical Council advises that a functional approach should be taken when considering capacity and
that it is necessary to assess:

The patient’s level of understanding and retention of the information they have been given.

Their ability to apply the information to their own personal circumstances and come to a decision.

Their ability to communicate their decision, with help or support where needed.

The provisions outlined above clearly echo the judgment of Judge Laffoy in the Fitzpatrick case.

The considerations for a clinician to take if the patient has no other person with legal authority to make decisions on their behalf are:

Which treatment option would provide the best clinical benefit for the patient?

The patient’s past and previous wishes if they are known. (This would include any valid advanced healthcare directive that might exist, which is discussed further in this article).

Whether the patient’s capacity is likely to increase.

The views of other people close to the patient who may be familiar with the patient’s preferences, beliefs, and values.

The views of other health professionals involved in the patient’s care.

Clinicians should remember that friends and family may not share the patient’s religious views. Therefore,
subject to capacity, any known wishes of the patient should take precedence.

The Act provides a legal framework for AHDs in Ireland. The Act was signed into law on 30 December 2015,
but it has not yet been commenced. It seems the delay is largely due to the time required to establish the systems,
which will underpin the provisions in the legislation. The Decision Support Service created by the Act is apparently targeting “go live” in mid-2022, so we may see commencement within a year.

Pursuant to the legislation, AHDs will allow patients to specify their preferences about medical treatment in advance, and be relied upon in a situation where they need medical treatment but lack capacity to consent. An AHD may include details of what treatment a patient would like to receive or refuse. “Treatment” includes all diagnostic, therapeutic, life-saving and palliative interventions. Requests for treatment will not be legally binding although they will be taken into account when decisions are being made about a patient’s care. Valid refusals will be effective and respected as long as there is absolute clarity around the treatment to be refused and an express statement that the refusal applies even in life-threatening circumstances.

This means that when this legislation is commenced, it will be an option for all patients with capacity to create an AHD specifying their preferences in terms of accepting or refusing medical treatments. Adult patients who would have a preference to refuse medical intervention on religious or cultural grounds will have the option of recording this preference in an AHD. Also, practitioners treating patients, who report such preference, can encourage patients to consider the utility of making an AHD. To be effective, it appears that an AHD will have to be very carefully drafted in precise detail. Any lack of clarity is likely to result in it not being considered binding