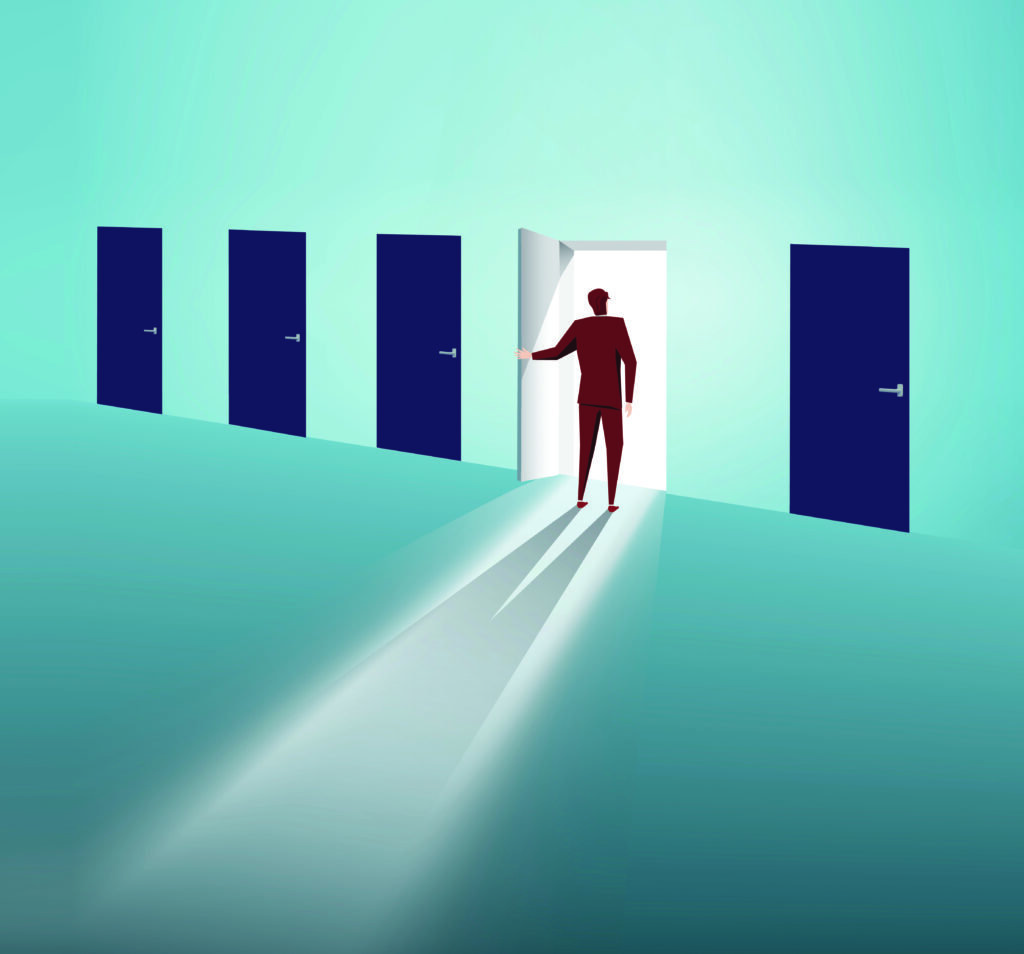 This year is set to witness significant developments in the area of open disclosure. David Lynch looks at imminent changes and what impact they will have on the way doctors engage with patients

Open disclosure has been front and centre of medical debate in Ireland since the 2018 report of the scoping inquiry into the CervicalCheck screening programme. That report recommended the introduction of mandatory open disclosure. Despite the ongoing Covid-19 pandemic, developments in open disclosure have continued. Legislation is progressing, a HSE policy review is underway, and a national training programme for staff is ongoing across the country. The coming months could transpire to be pivotal in terms of how doctors communicate with patients into the future.

A Department of Health spokesperson told the Medical Independent (MI) it “continues to progress work on the Patient Safety (Notifiable Patient Safety Incidents) Bill 2019”. The legislation is part of the current Programme for Government and is due to go to Dáil committee stage. The Bill provides for significant new measures including mandatory open disclosure of specified serious patient safety incidents. The provisions also include notification of these serious incidents externally to HIQA, the Chief Inspector of Social Services and the Mental Health Commission in order to “contribute to national learning and system-wide improvements”.

These measures will apply to the public and private health services. The Bill will extend HIQA’s remit to the private hospital sector and contains provisions supporting the conduct of clinical audit in the health service. However, in this period before the final passage of the Bill, the HSE is also reviewing its own open disclosure policy.

A revised policy was discussed at the November meeting of the HSE national open disclosure steering committee, according to the minutes. A HSE spokesperson told MI the policy “is now revised and due to go out for consultation”.
This is an “interim revision” and it will require further revision “when the Patient Safety Bill is enacted”.

The HSE’s draft revised policy “will be circulated to HSE services and… to a number of external stakeholders”. These external bodies include patient representative groups, the RCSI, RCPI, IMO, IHCA, and the State Claims Agency.
But some of the practical implications of the looming legislation have raised concerns among doctors and representative bodies.

Prof Sean Tierney, Dean of Professional Development and Practice at the RCSI, informed MI the College “fully supports” the principle of disclosure of health-related harm to individual patients.

“In the vast majority of cases, healthcare-related harm is a complication of treatment and such explanations are a normal feature of good healthcare,” said Prof Tierney.

“The provisions of the Patient Safety Bill relating to open disclosure appear to be intended to deal with harm that occurs as a result of failings in the quality of healthcare provided to patients, as distinct from ‘expected’ complications.” Where the process set out in the Bill is followed, an apology cannot be used as evidence in civil proceedings taken against providers.

“The definition in the Bill of these events is very broad and imprecise and the boundaries between expected and unexpected complications is unclear.”

Prof Tierney added that the RCSI supports the Forum of Irish Postgraduate Medical Training Bodies’ proposal
that the categorisation be aligned with the list of “serious reportable events” which includes specifications, such as wrong site surgery, instruments retained after surgical procedures, etc.

“This would align the requirement to report such events to the CMO [Chief Medical Officer] with the requirement to fully inform patients about what has happened. Of course, patients involved in safety incidents which don’t reach this threshold should still be informed as set out in the HSE open disclosure policy and as part of good medical practice.”
Looking at the process set out in the proposed legislation, Prof Tierney described it as “very complex, bureaucratic and legalistic”. It was a system that “has been rarely used”.

“Making the use of the process mandatory in this setting, including the structured minuted meetings, the complex forms, and the intrusion into the patient-doctor encounter… is in stark contrast to the far more appropriate empathic format that we teach in our human factors communications courses and that outlined in the HSE open disclosure policy,” he said.

“Under the draft Bill, failing to complete all the forms would be an offence even where the incident had been fully disclosed to the patient.”

Prof Tierney also said there was “confusion” in the legislation as to where the responsibility will lie, as the Bill refers to “registered” providers “but registration only applies to individual healthcare providers”.

“It is inappropriate and impractical to have the burden of compliance fall on individuals when it should lie with provider organisations.”

Prof Tierney further highlighted a “risk” that clinical audit, especially local audits, could be made more difficult when the legislation is enacted.

“The National Office of Clinical Audit have made submissions to ensure that national audits that publish their reports are covered by the legislation,” he said. “The national review group on clinical audit included some recommendations to ensure that we can continue to audit and improve the care that we provide to our patients.”

As the legislative process advances in the coming months, Prof Tierney said the RCSI believes “the process of open disclosure of health-related harm can be facilitated by appropriate legislation”.

The College was “committed to engaging with the process to ensure that legislation that is introduced will improve the transparency and quality of healthcare delivered to patients”.

Despite the pandemic and the continuing passage of the Bill, open disclosure training continues across the HSE, including among doctors. Has the wait for new legislation made this training exercise more difficult?

“That’s a good question,” said GP Dr Philip Crowley, the HSE Director of the National Quality Improvement Team and Chair of the national open disclosure steering committee. Dr Crowley said “in many ways the basic core of what we are trying to teach and get across is irrelevant to the Bill, and the Bill is irrelevant to it in many ways”.

“The Bill will be making some particular events mandatory and there will be some process around that, it will be a more detailed process that will change [once the Bill is passed].” But Dr Crowley said the “overall core” of what the HSE training is trying to teach is empathetic engagement with a person and patient “whatever degree of loss they are dealing with”.

“The eventual legislation will have some impact on the detail of what we teach, some of it is predictable so we can flag it. But the training will be ongoing, so we will adapt the training as the legislative framework adapts as well.”
Therefore, despite the slow pace of legislative change, Dr Crowley said “we are not finding that too much of a difficulty”.

In April, this newspaper reported that from February 2019 until December 2020 some 3,827 doctors accessed open disclosure training. Dr Crowley told MI the updated figures for doctors who have received training since February 2019 has now risen to over 4,500 out of a total of approximately 96,000 HSE staff who have undertaken the training in that period.

Open disclosure training uptake by doctors was discussed at the November 2020 meeting of the HSE national
open disclosure steering committee. According to minutes, there was “an update on the action taken to improve the level of uptake of training by doctors and… further feedback on how this could be improved further”.

Has the HSE seen any hesitancy among doctors compared to other healthcare workers in taking up the training?
“I remember being in the Oireachtas committee, there was a great focus on medical uptake of training,” said
Dr Crowley.

“The truth about it is, as we know, everyone is very busy. And training is there as a benefit, but also a potential additional demand on [a member of staff’s] time….

“What are we doing with doctors? Well, we are doing everything we can to make the training readily available to doctors and the result has been that in the last two years I think it [uptake] has certainly improved.

Healthcare harms and the law of the land

An expert group was established by the Government in June 2018, chaired by Mr Justice Charles Meenan, to examine the law in relation to personal injuries arising in the healthcare context. The group also set out to explore alternative mechanisms by which claims could be managed more effectively, particularly from the perspective of the person on whose behalf a claim has been made. The Government noted the contents of the final report and agreed to its publication on 16 December 2020.

“The report contains seventeen recommendations for change, eleven of which relate to the Department of Health. The Department is currently considering these recommendations,” a spokesperson told the Medical Independent (MI).
Doctors will watch these developments with interest. The upcoming open disclosure legislation is emerging into a
medico-legal environment that many doctors regard as problematic and highly litigious. As reported in MI last month, a survey of trainees’ perception of medico-legal practice in surgery, published in the February edition of the Irish Medical Journal, found 33 per cent of trainees had already received medico-legal correspondence and 96 per cent expected to be sued in the future. Two-thirds stated the issue had made them more risk adverse.

Retired Consultant Gastroenterologist Prof Seamus O’Mahony spoke to MI recently on the publication of his third book, The Ministry of Bodies. While discussing the broad issue of error in medicine, Prof O’Mahony said Ireland was “supposed to be heading into a world of open disclosure, but the reality is, doctors still don’t want to talk about their mistakes because they are so heavily punished for them, because they are so stigmatised about them, and because we operate in a medico-legal environment in this country that is no longer fit for purpose…. I think there is a consensus within both the medical and legal professions that is the case.”

The IMO’s 2019 AGM debated the proposed open disclosure legislation. Consultant Rheumatologist at Connolly Hospital, Dublin, Prof Trevor Duffy, told the meeting that “open disclosure is something we as a profession want to feel that we do naturally. We perhaps don’t always do it as well as we should.

Open disclosure training is mandatory but the pandemic has forced much of it online.

“It’s a very mixed picture to be honest with you,” Dr Philip Crowley, HSE Director of the National Quality Improvement Team, told the Medical Independent.

“Some aspects are definitely better delivered face-to-face where you can do role play… and engage people. Online that is not as easy. We use a lot of videos now that would try to do that… we have put a huge amount of effort into developing our online materials.

“There are upsides and downsides. The upside is it’s very accessible now. It’s way more efficient for us. We previously would have done training travelling all over the country with a small team. So now with the training it is not geographically limited at all. We can deliver training at any time.”

“When we get back to the norm though — I suppose like with many aspects of life — it will be a blended approach, where we will have stuff online, but we will have face-to-face training as well.”