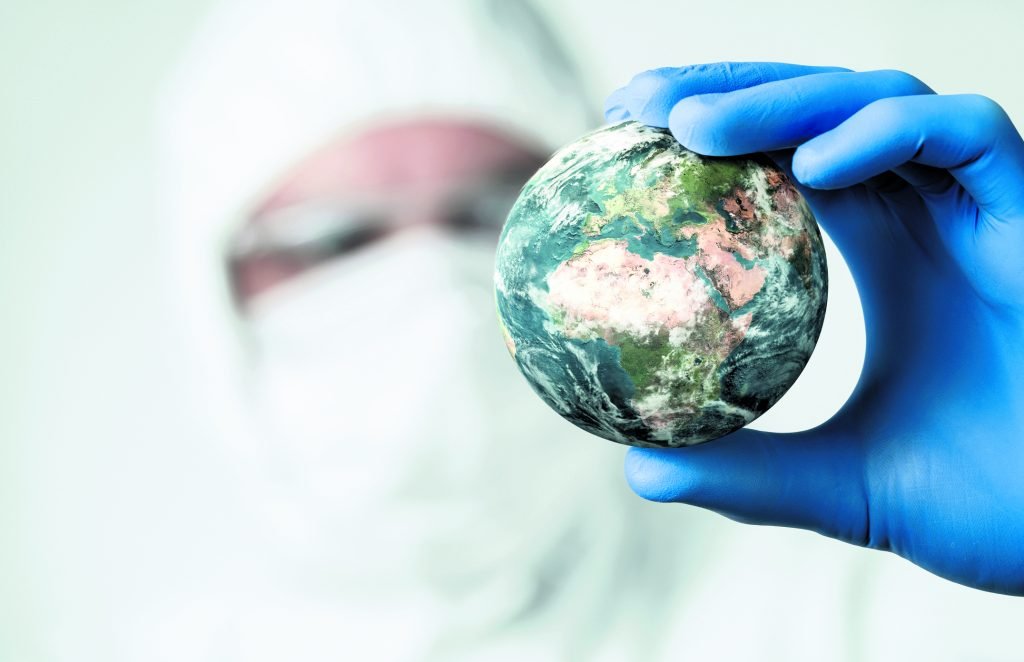 Ireland’s public health response to the Covid-19 pandemic has demonstrated the country’s ability to punch well above its weight. Despite Europe’s largest outbreak occurring in the UK, a science-led and data-driven response saved innumerable lives and the country neared the enviable state of eliminating community transmission of the virus.

The case curve pushed hard against the healthcare system’s breaking point, but public health services and the hospital/GP sector just managed to drive the pandemic off the nation’s streets.

The national public health emergency team’s (NPHET) advice was sound, and has for the most part been well received at a political level. The daily joint media conferences with politicians and the Chief Medical Officer offered clear, effective and reassuring information, which enabled rapid responses to public and media concerns.

Ireland’s volunteer contact tracing system was established rapidly and was highly effective. This allowed the country’s world-class public health physicians and other staff in Departments of Public Health to assume strategic roles and concentrate on case management, rather than getting bogged down in what would have been an unworkable volume of contact tracing. Ireland’s IT platform also deserves a special mention. Established three weeks after it was conceived, it proved to be highly responsive. In short, the world could learn a lot from Ireland’s response to the pandemic.
However, as the pandemic continues to rage globally, it is worth taking some time to reflect on the lessons that could be learned from the Covid-19 response in other regions. In this article, we’ve selected some of the most important strategies from Australia and New Zealand that could be applicable to the Irish context and would likely bring added value to the local response.

Sustained elimination of community transmission of the virus is Ireland’s best chance at economic and societal recovery. Countries and regions that have achieved elimination have been able to reach a state where there is no fear of going out to a pub, getting a haircut, or sending children to school — a rarity in this new world.

This is not to say that there aren’t downsides — elimination would be costly and fraught with difficulties. It would constitute a real challenge in a country with land borders with another jurisdiction, and a culture of low-cost short-haul air travel. However, elimination does not mean stopping trade, which continues apace with practical measures to allow movement of goods while reducing spread of the virus. Indeed, the biggest threat to the economy is likely to come from the unpredictability that comes with recurring outbreaks of Covid-19, and the inevitable oscillations of societal restrictions that they bring. This point has been forcefully made recently, with the postponement of progression to phase 4 of reopening. The proportion of cases without a known source is the key metric that determines the fate of the economy.

Mandatory hotel quarantine (MHQ) is Ireland’s best chance at sustaining a Covid-free state. Practised in both Australia and New Zealand, it has been the most important factor in freeing New Zealand of the virus. The model involves hotel quarantine for 14 days, with testing near the beginning and end of the period. Those who test positive are managed by local public health services, in order to limit any further onward transmission into the community. MHQ is such an effective intervention because it stops seeding of new cases into the community. We know from countless reports that a single infectious person in a community without restrictions can cause a nationwide outbreak and the need to reinstate distancing and closure measures. Stopping the importation of new cases allows public health teams to concentrate on existing clusters and chains of transmission, without a continuous stream of new infections. If you have a flood in your bathroom, you must first turn off the tap.

An elimination and MHQ strategy allowed New Zealand’s economy to rebound beyond initial forecasts. Notwithstanding the evolving situation there at the time of writing, activities such as education, live music, and hospitality are continuing without disruption or fear of new outbreaks. Eliminating the virus meant that ‘travel bubbles’ with countries that have pursued a similar elimination goal — much safer than Ireland’s already-failing ‘green list’ approach — are in the process of being established, enabling overseas holidays in the near term. MHQ is not about trying to keep us isolated; it’s about leading the way in elimination, with the aim of rapidly opening-up to other countries that follow the same path. The struggle to control recurring outbreaks, with all of the associated societal and economic unpredictability, has meant a growing acceptance within public health circles that elimination is both achievable and necessary. Ireland’s island status ideally positions it to be a leader in this field.

While the high-profile failure of MHQ in Victoria has resulted in a lot of criticism, MHQ is responsible for most of Australia being Covid-free. Deficiencies in its implementation in one location shouldn’t discourage its use in others. It should simply serve as a reminder that it must be properly implemented in order to be effective. Other less stringent border control measures have been mooted, many of which would undoubtedly have some utility in reducing the number of infections to a low level. Unfortunately, the modelling and real-world experience suggest that even a small number of imported cases can lead to significant community transmission.

Testing is a vital part of any country’s Covid-19 strategy. The more convenient it is to be tested, the more people will present for testing. This has held true for every large-scale testing programme ever implemented. Adding hurdles, such as the requirement for GP referrals and the need to make appointments rather than just walking in, undermines the message that spread needs to be taken seriously, and increases the risk that infectious people won’t be picked up. Australia and New Zealand use localised walk-in or drive-in testing centres, where swabs are performed seven days per week at a time that is convenient for the patient. Negative results are disseminated by SMS and positive results are sent to public health units. This allows rapid identification of positive cases and has seen high compliance, with requests to self-isolate while awaiting results.

None of the above works without a functional public health workforce. Ireland is unique among similar countries, in that it treats its public health physicians differently to other consultants — Irish public health medicine specialists do not receive consultant contracts from the HSE. Their vastly inferior contract makes this type of work unattractive and has led to a long history of attrition of highly-trained (at cost to the taxpayer) professionals.
Public health specialists, as well as being much lower-paid than their equally-qualified hospital colleagues, have much less entitlements to educational leave, research time and importantly, aren’t given the administrative, medical and nursing teams required to support their work.

Every other consultant works as part of a multidisciplinary team of professionals, while public health is expected to do it all with less. In Ireland, many public health specialists are working around the clock, while being paid approximately €4 per hour for work past 5pm.

They are not contracted to do this work, and have undertaken it out of goodwill. It is an absolute stain on an otherwise decent public health response that those who are leading the effort are doing so largely out of goodwill. It is no wonder that so many of us are fighting the Covid-19 outbreaks overseas, as consultants, while Ireland is limping along with a public health structure that was designed to manage localised outbreaks 25 years ago. It should surprise the public to know this, although it will not surprise politicians — several ministers for health, including the current one, have pledged to change this, but none have. As long as this inequity exists, Ireland will find it impossible to attract specialists and an unsustainable public health medicine response will have to be abandoned, as doctors reach the point of exhaustion.

Ireland is at a crucial point in its outbreak evolution. Community transmission is becoming an issue again, while clusters have been stubborn and increasing in number. Promised reopening of schools, churches and other venues is in jeopardy. More aggressive action is needed now, and it needs to be led by an aspirational vision; this is an opportune time to be decisive and aim high.

The time for a robust strategy for elimination is now. It’s a road filled with unpredictability, but ultimately, it is the only road to stability. It will take leadership and a willingness to put the interests of the country’s most vulnerable citizens above political interests. It won’t be easy, it won’t be cheap and it may not be successful, but the prize of a stable, open society without constant fear of new outbreaks is one worth pursuing. Learning some of the lessons from abroad, while aiming for elimination, is the best way to achieve this, and will likely be the most effective way to deliver health, prosperity and stability to a community which desperately wants some semblance of normality.

Dr Niall Conroy is a Consultant in Public Health Medicine in Queensland and Senior Lecturer at the University of Queensland, Australia.