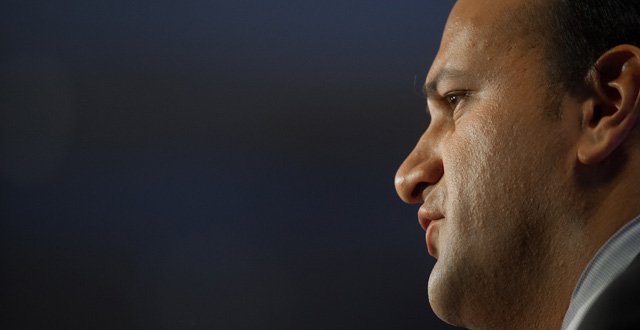 Hi Leo. How nice to hear from you.

I’m glad you asked me for career guidance. I knew you wanted to change jobs eventually, and if you’re not exactly 50, well, nothing seems to go to plan. In your game anyway. Oh, sorry, your ex-game.

So you want to put your MICGP to good use! Well, fair play to you, you’re just what the profession needs. Young, able and articulate. Why, you might even end up as the head of the NAIGP or of NEGS (ha ha). Anyhow, here’s some advice on how to get a job in Irish general practice and if it’s a lot bleaker than the advice I got about 20 years ago, I’m sorry. But we are, as they used to say, where we are.

The country is picking up but Irish GPs are still in the muck. As far as we are concerned, it is still 2009. Except in 2009, they still hadn’t completely wrecked us.

Well, you see, HSE managers have got in the way. You know, the way the punters in a pub know better than the publican how the pub should be run?

There is plenty of work but no jobs. And I’m afraid that the GPs who are your age (what are you, mid-30s?) are the worst off. You see, the younger ones, straight off the scheme, already have their foreign country picked. Might be Australia, might be Canada. The rule of thumb is: The bleaker the spot, the better the money. Many of them are front-loading their finances and intending to come home with a few bob when and if things pick up. But you know how it is; they meet somebody, get a social life, get promoted and before you can say ‘Skype’, they buy a house and a dog and settle down. Sun, surfing and decent working conditions.

But those like you, Leo, are the ones I feel sorry for. They may have had enough of travelling, or have aged parents, or kids in school. They are scratching about from assistantship to locum, without gaining purchase anywhere.

Yes, Leo. I know there are loads of vacant GMS lists, but what were once fine jobs have become unviable. Well, you see, HSE managers have got in the way. They waded-in, insisting that the doctors pay mad rent for destitute HSE properties, pulling rural practice allowances, and generally interfering. You know, the way the punters in a pub know better than the publican how the pub should be run? Then the odd one gets their hands on a pub and inevitably wrecks it. Well, it’s like that in general practice. A HSE manager decides how things should be done and the cherished practice, nurtured by a white-haired GP who is now toiling in far Eastern country to finally save some dosh, is rendered unviable before the post is even filled. Or not filled, in most cases. Be careful, by the way, if they try to lure you into a flashy new primary care centre; a few even smarter men than you learned some hard lessons there.

What’s that — could I give you a job? Well thanks, Leo. I’m sure you would be a great asset but I’m afraid what with income going down by at least a third, I can’t afford to hire you, unless you want to be the cleaner. And even then you’d probably need to be a county councillor at least to top-up the miserable pittance I paid Agneshka before she walked out. Yes, yes Leo, you could do a few locums for me but I’m afraid what with PRSI and everything, it has become really complicated to hire a locum for even a day or two. You could of course form your own limited company, but many GPs’ accountants are a bit leery of this, and anyhow it is a bit of a come-down for you, a vocationally trained doctor, to fill gaps with no continuity of care, night shifts in co-ops, and no certainty, job satisfaction, or security. I mean, did you spend all these years getting trained for that?

Rural general practice is about to be destroyed completely. You should talk to Gerry Cowley about it.

What about the next generation of GPs, you ask, namely, my own? Well Leo, most of my contemporaries are talking seriously about Qatar. The odd one is doing locums in Scotland, where things are even worse than here (and our self-same HSE managers are emulating the UK, if you don’t mind). These doctors have nothing to sell on and if they walk away, they will not be replaced. They are working harder and harder for less, and have long since stopped being flattered by spin about them being the most important part of the health service. They battle it out in the trenches while the scarlet majors speed them up the line, as Sasson nearly said.

I hope I haven’t depressed you too much, Leo. Things could be worse. You could always join the army, I hear they are recruiting, or get a registrar job in casualty. At least you didn’t put all your money into a primary care centre that didn’t happen. I agree Leo, it’s a pity nobody could make things easier to get new GPs into practice, where they could prop-up an ailing system and do a bit of good for their country.

What’s that, something about ‘… medicine for a game of cowboys’? Maybe someday someone will listen to the doctors and have a system that will suit the doctors and the patients.

But sure, who could manage that?