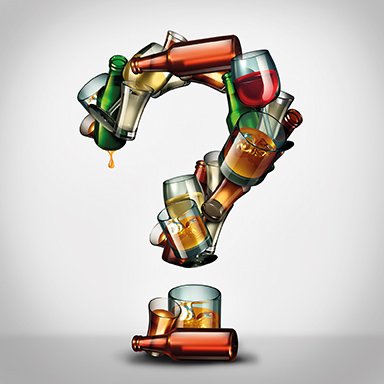 You will no doubt have seen many patients with the condition named above, perhaps as well as some colleagues who have tried to conceal their symptoms due to a fear of stigma and negative perception. The symptoms can vary between individuals, but typically include nausea, sweats, exhaustion, unsteady gait, hyper-sensitivity to loud noises, pale pallor, sometimes accompanied by a particular odour, dehydration, and an overwhelming desire for a greasy breakfast roll.

In simpler times, it was referred to as ‘a hangover’, but a recent court case in Germany has shone new light on this all-too-common ‘condition’. As they say, ‘the poison is in the dose’. Incidentally, the term ‘veisalgia’ comes from the Norwegian kveis (‘uneasiness following debauchery’) and the Greek algia (as you know, ‘pain’).

Following the booze-soaked Oktoberfest in Munich, a court in Frankfurt was compelled to deal with plaintiffs who brought a case against a company that was marketing anti-hangover ‘shots’, along with claims of curative properties that, it was claimed, were disingenuous. The makers were brought to task by the plaintiffs and as sometimes happens in court proceedings, the discussion dovetailed. Eventually, the superior regional court noted that the medical profession had coined the term ‘veisalgia’ to describe the symptoms and therefore, it could be acceptably classified as a ‘medical condition’.

This, said the court, is based on the fact that a hangover can be deemed a medical condition based on even small, temporary alterations to the body’s normal operational state, such as fatigue and headaches.

Thus spaketh the court: “Information about a food product cannot ascribe any properties for preventing, treating or healing a human illness or give the impression of such a property.

“By an illness, one should understand even small or temporary disruptions to the normal state or normal activity of the body.”

So when the next patient arrives pasty-faced and smelling of beer, don’t be surprised if they come clutching a copy of the court ruling to obtain a sick note.

The sun and air

A couple of quotes that relate to the otherwise serious issue of the environment to finish off this issue’s offering. I am always glad to receive any comments, opinions or contributions to info@mindo.ie.

“The college idealists who fill the ranks of the environmental movement seem willing to do absolutely anything to save the biosphere, except take science courses and learn something about it.” PJ O’Rourke.

“We’ve got to pause and ask ourselves: How much clean air do we need?” Lee Iacocca, CEO/Chairman, Chrysler Corporation, 1979-1992.

“There’s so much pollution in the air now that if it weren’t for our lungs, there’d be no place to put it all.” Robert Orben, US writer.

“Anyone who believes exponential growth can go on forever in a finite world is either a madman or an economist.” Kenneth Boulding, US economist and peace activist.