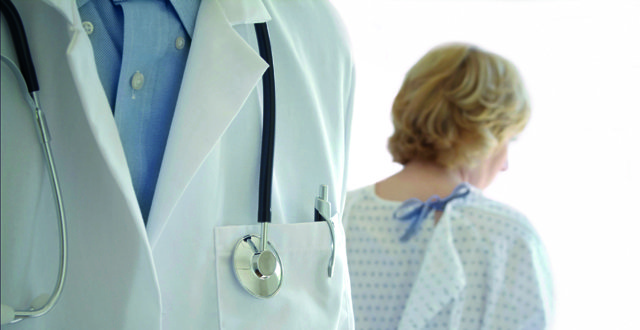 As much as I try, it’s proving difficult not to see any news emanating from the UK other than through the prism of Brexit. It’s even become a factor when I’m reading journals.
Where once I might have looked at new developments in the NHS with interest and a sense of ‘well, they probably know what they are talking about’, that is no longer a given.
The latest jaw-dropping moment came when I read of plans to deal with the manpower crisis in general practice in the UK. General practice there is facing its biggest recruitment and retention crisis since the NHS was created.
It must be said, to their credit, that unlike its counterpart here in Ireland, the British government has outlined plans to recruit 5,000 new GPs and retain an additional 500 by 2020 through national campaigns, retainer schemes and financial incentives. But despite these efforts, the number of practising GPs continues to decline. About one-in-seven practice posts are empty.
Prior to the General Practice Forward View initiative, came news of an idea that I can only describe as coming from the ‘wacky 101 playbook’. Trials are currently underway in surgeries across the Irish Sea, in which patients are being asked to attend group appointments rather than individual consultations.
So if you have a chronic illness, such as diabetes, asthma or arthritis, you and 14 other practice patients will be offered a group appointment where you will be seen together. The two-hour appointments will typically be led by administrative staff or healthcare assistants. GPs will attend for one hour of the session.
Apparently health bosses see the development as the default care option for those with long-term conditions. So instead of seeing your doctor regularly, you will rock up to a group appointment.
Advocates claim that the group sessions are good for patients, save money and spare GPs from having to repeat the same advice.
I can’t actually believe I’m writing this. The whole idea is so bizarre it feels like a GUBU moment. In fact I’ve just checked to make sure it’s not 1 April. But no, it looks like the idea is depressingly real.
The leader of national training for group consultations said: “It’s a different way of consulting with patients – it’s a one-to-one clinical consultation delivered in a supportive peer-group setting.
“In primary care, that’s largely done with everybody in the room listening in and contributing to the care of that patient.
“The interesting thing is that you may only have a matter of a couple of minutes with each patient, but they leave the session feeling like they’ve had 45 minutes or an hour of your time and that’s a massive thing for patients.”
So there we have it. It’s essentially a cloak and mirrors gimmick to trick the patient into thinking they are getting more of your time. And as far as I can see, the whole concept of individual doctor-patient confidentiality has been thrown out the window. Plans to get participants to sign non-disclosure agreements simply don’t cut it, in my view.
Thankfully, there is some resistance emerging. Joyce Robins of the campaign group Patient Concern said group consultations were “a ghastly idea”.
“GP appointments are supposed to be a private matter where you can openly talk about your most personal health issues. If you’re discussing things in front of a group of strangers, you might as well tell the local town crier so he can shout it from the rooftops,” she added.
“Many people will feel incredibly uncomfortable with this idea, especially if they know their weight and BMI is going to be on the wall for all to see.”
But now I read there are plans to introduce group appointments to hospitals as well. Apparently research has shown that group appointments in psychiatry, diabetes and care of the older person can reduce waiting times, emergency admissions and hospital bed days. The expectation is that consultants using group clinics will see 15 patients in the time it had previously taken to see nine.
According to one GP in south London, the idea is good because it will help address the tide of lifestyle conditions and long-term illnesses facing primary care.
Acknowledging it takes a leap of faith, Dr Emily Symington said: “The practices who have had the best success with group consultations are those that have taken the plunge and made group consultations the default method of care for certain long-term conditions.”
I’m sorry, but the whole thing just horrifies me. Maybe it’s my age, although I’m usually open to innovation. This is completely off-the-wall and an abandonment of good practice and ethical standards. Are we honestly saying our patients are no better than battery chickens?