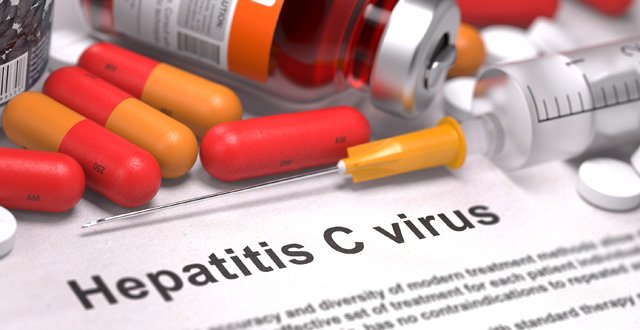 The introduction of the programme to provide early access to powerful new direct-acting antiviral drugs for hepatitis C (HCV) patients in Ireland at the end of last year ushered in a new era for the treatment of the condition in Ireland. In a State of the Art review in the British Medical Journal, Dr Eoin Feeney, Consultant in Infectious Diseases in St Vincent’s University Hospital, Dublin, and Dr Raymond Chung, Director of Hepatology in Massachusetts General Hospital and Associate Professor of Medicine in Harvard University, US, stated that the treatment paradigm for HCV is currently undergoing its greatest change since the discovery of the virus in 1989.

Until recently, all treatment regimens for HCV infection were based on combination therapy with interferon and ribavirin, and many treatments still contain one or both of these agents. Over the past 10-to-15 years, the availability of robust in vitro systems to culture HCV has allowed the development of direct-acting antivirals (DAAs), which — unlike interferon and ribavirin — are specifically designed to target HCV proteins, particularly the non-structural proteins. The treatment combination depends on genotype, with genotype 1 and 3 being the most common in Ireland.

“The first one is that we can massively increase our cure rates,” Dr Feeney said.

“If you look at interferon and ribavirin alone, the cure rates without a DAA were about 40 per cent for genotype 1, and that was with a year of treatment. Now, with these DAA therapies… for genotype 1 the cure rates are well over 90 per cent and this is with a treatment course that has been reduced from 48 weeks to 12 weeks in most cases, and 24 weeks in some. That is the first thing. You have got a marked increase in effectiveness.

The second thing we get is an ability to treat people who wouldn’t have been treated before, because we are no longer using interferon for some of these people.

“With the interferon-free regime we can treat people with pretty advanced cirrhosis, or decompensated cirrhosis, which we were never able to treat before.

“And a third benefit is that they are much easier to tolerate. Compared to interferon and ribavirin, the DAAs, the interferon-free regimens, have significantly reduced toxicity, so patients are able to tolerate it a lot more. So we have increased efficacy, increased ability to treat people who are sicker, and also reduced side-effects.”

Under the Irish early-access programme, which ran from December 2014 to the first quarter of 2015, almost 100 patients (30 of whom were treated in St Vincent’s) with decompensated cirrhosis were treated.

Data on the early access programme has yet to be published, but Dr Feeney said that results are extremely positive.

“We had a very good outcome from those,” he said. “We don’t have the final data but ICORN [Irish Hepatitis C Outcomes Research Network] will be publishing on this. Our success rates, particularly for genotype 1, would be very high.”

The programme is now expanding to include all patients with cirrhosis, patients with liver transplants, and patients who were State-infected with hepatitis C through contaminated blood products. Dr Feeney said that it is estimated about 150 of these patients will be treated in St Vincent’s by the end of 2015/early 2016. As for the future of the programme, he said that people with lower stages of liver fibrosis may eventually be treated with the new agents.

“That is probably where I see it going from here,” according to Dr Feeney.

“Once you go into that level you massively expand the number of people who would be eligible for treatment with these agents. The obvious problem with this is the cost. They are significantly more expensive, even if they are ultimately cost effective.”

There is, however, the argument that by treating patients at an earlier stage, savings can be made from avoiding transplants and the care associated with advanced cirrhosis.

Dr Feeney also said there is the potential to roll-out treatment into the community, as the eligibility criteria for the new agents allow more people to be treated.

Dr John Lambert, Consultant in Infectious Diseases, Mater Hospital, Dublin, tells MI that the ultimate goal of the new programme should be to treat patients in the community. He pointed out that the new agents allow for many more patients to be treated than was the case previously.

‘We have opportunities now to take the treatments to the patient because the patients won’t come to the hospital. So it is really a new era for hepatitis C’

Approximately 200 patients will have been treated with the new agents in the Mater Hospital by the end of the year. Usually the hospital would have, at most, treated 50 patients annually, as the regimen of interferon and ribavirin is very labour-intensive to deliver, he explained. But it is only by going into the community with the new programme, according to Dr Lambert, that the health service can begin to tackle the extended and undiagnosed HCV population in Ireland, which is estimated to be approximately 30,000 people.

“Previously, hepatitis C could only be managed in the hospital centres because it was monitoring with injections and all that kind of stuff but now we can start looking at the possibility of having shared care, hepatitis C treatment and partnership with some of the GPs who are managing big populations of patients with the condition,” he said.

For this to occur, the criteria for patients to access the new agents will have to change.

“We have to get guidance from the HSE regarding what we will be allowed to do, so it depends on what funding is going to be made available,” according to Dr Lambert.

“Right now, there are certain criteria to qualify, which is they have to have the equivalent of cirrhosis to be treated this year. If the Government gives approval next year to treat people who have fibrosis before cirrhosis, we can treat patients who have hepatitis C with less severe disease. They still need to be treated. So I think that each year there needs to be a Government strategy to sequentially fund down to the less-severe forms of the disease. If you treat patients with less-severe disease, they are not going on to develop cirrhosis. We probably can’t treat more next year than this year in the hospital, just based on our current resources, but if we can expand out into the community and get partnership with the community GPs,then we can triple the numbers treated.”

Dr Lambert said that the Government and the HSE deserve credit for providing funding for the treatment programme, which he believes has given great hope to people living with HCV.

“We are seeing a lot of people at the hospital now with end-stage liver disease,” according to Dr Lambert.

“I think we are not going to see these patients in the future. If we can eradicate hepatitis C and also work on problem alcohol use, which is the other issue, it will make a massive difference for the patients as well; patients have been afraid of liver biopsies and the side-effects of all those other medications.

“But now that these new drugs are available, word is getting out in the community that you don’t need a liver biopsy anymore; the drugs are well tolerated, you can be cured. A lot of these people with hepatitis C come from difficult situations, they injected in the past, they are not injecting anymore but there is still a huge stigma about hepatitis C and I think it is good for them to have some visibility that we are doing something about hepatitis C. It is identified as a drug use population and a lot of people are judgemental about it and that is not really fair to patients. So I think it is a good time to work in this area and a great time for patients,” he concluded.