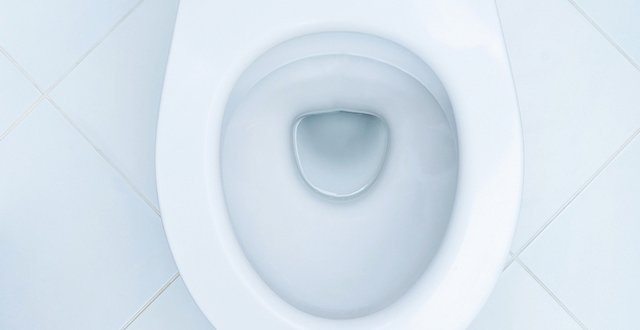 Urinary incontinence (UI) is defined as involuntary leakage of urine.  It is a condition that often remains undetected and under-treated.

It is estimated that about one-third of the population in Ireland is affected by one or more of the different aspects of incontinence, with the incidence increasing with age and an estimated 350,000 people over the age of 40 years being affected with overactive bladder (OAB) alone.

In order to determine the most appropriate management strategy, it is useful to further categorise incontinence according to the associated clinical characteristics (see Table 1).

It is important to identify both modifiable and non-modifiable risk factors for UI; these are illustrated in Table 2.

History is very important to differentiate UI/OAB from stress incontinence, as illustrated in Table 3.

An examination should be conducted on all patients and should include assessment of urinary, gynaecological and neurological systems. Abdominal palpation and vaginal examination will enable identification of a palpable bladder, prolapse or pelvic mass, as well as determine the patient’s oestrogen status.

In addition, a voiding diary spanning a 48- to 72-hour period is an invaluable tool in OAB, as it gives a better picture of the pattern of voiding than can be obtained from the history alone. Information obtained includes number of fluids consumed (types and volume), voids in daytime, night-time, 24-hour period, volume of urine over 24 hours, maximum voided volume, average voided volume, median maximum voided volume and nocturnal urine volume.

A urinalysis should be done to exclude a urinary tract infection, and glycosuria, which might indicate the presence of diabetes.

Secondary investigations include urodynamic testing, a cystoscopy, and imaging of the upper urinary tract. They should be considered in patients with neurological disease, refractory OAB, or those in whom initial investigations raise the suspicion of an underlying problem that may require further evaluation or treatment.

Stress UI is the involuntary loss of urine with physical exertion such as exercise, cough or sneeze. When urine leakage is observed during a urodynamic study, with an increase in intra-abdominal pressure and without a detrusor contraction, it is called urodynamic stress incontinence.

Prior to performing surgery for stress UI, the minimum evaluation includes complete history (including urologic history, medical history, medications), urinalysis (to exclude urinary tract infection), physical examination (that includes vaginal inspection and prolapse evaluation), demonstrable urinary leakage with a cough stress test, an evaluation of urethral mobility, and measurement of post-void residual volume (it should be less than 150mL) (ACOG, 2014). This is sufficient for patients with uncomplicated stress incontinence.

Urodynamic testing is useful in women with complicated stress incontinence, such as unclear diagnosis, large urge component, or prior anti-incontinence surgery.

Enquiring about a woman’s goals for treatment of stress incontinence is useful, as is identifying the most bothersome aspects of her complaints.

The first-line treatment is pelvic floor muscle training directed toward the strengthening of the levator ani and pubococcygeal muscles, which affect the urethral closure mechanism.

Pelvic muscle exercise success is improved with specific training by a health professional or physical therapist.

Improvement in the muscular supports may be enough to overcome the anatomic weakness that originally led to the stress incontinence.

An incontinence pessary is a silicone ring device with a knob placed in the vagina, with the goal of stabilising the urethra to eliminate hypermobility and increase urethral pressure during increases in intra-abdominal pressure. This is a safe and effective conservative treatment.

Periurethral bulking injections can be performed via the periurethral and transurethral routes, and demonstrate highly variable success rates ranging between 26-to-75 per cent. A wide variety of materials can be used, most commonly Bulkamid, which is a homogenous hydrophilic gel consisting of 2.5 per cent polyacrylamide and 97.5 per cent water. Without hypersensitivity, it appears to be a relatively safe and minimally-invasive means of closing the urethra. It seems to have a positive effect for at least six months to two years and it is possible to reinject patients. There is no limit to the number of injections, provided that improvement occurs after each injection and lasts a reasonable period of time. No material has proved better than another. Nonetheless, for older, unfit women and women who have failed other incontinence surgeries, an injectable material for stress incontinence may be an attractive option.

The first to be introduced was the retropubic tension-free vaginal tape sling (TVT). It was developed based on the theory that the tension on the pubourethral ligaments interacts with muscles of the pelvic floor and suburethral vaginal support structure. Cystoscopy is performed to evaluate for bladder perforation before the sling is brought into place.

Delorme introduced the transobturator tape (TOT) sling approach in 2001 with the hope of avoiding vascular, bladder and bowel injuries. TOT sling trocars traverse the obturator canal instead of the retropubic space and enter through small groin incisions at the level of the clitoris bilaterally.

Because retropubic and transobturator midurethral slings have similar cure rates, the choice regarding which sling is appropriate for each patient is based on risks of complications and surgeon expertise. Either procedure can also lead to de novo development of urge incontinence, mesh erosion, mesh infection or dyspareunia.

Mesh complications from midurethral slings are uncommon but can include mesh erosions into the bladder or urethra, mesh exposures in the vagina, pain, dyspareunia, and rare complications, such as severe infections. Despite the small risks associated with using a permanent implant, midurethral slings are the most studied anti-incontinence surgery in medical history and remain the most commonly performed surgeries for stress incontinence.

The International Continence Society (ICS) defines OAB as symptoms of urgency with or without urge incontinence, usually associated with urinary frequency and nocturia in the absence of local pathology and significant endocrine factors. It can be associated with detrusor overactivity on urodynamic testing.

The prevalence of OAB is reported at 12-to-17 per cent and significantly increases with age. OAB has a greater impact on life than stress UI and is responsible for several other comorbidities. Up to 67 per cent of women with OAB report negative effects on daily living. Significant comorbidities of OAB include depression, falls and fractures, and increased admission to hospitals and nursing homes.

These include adjusting volume, timing and types of fluids; this involves maintaining an adequate intake of six-to-eight cups (1,500-2,000ml) per day, decreasing evening fluid intake, especially if the patient complains of nocturia, and decreased intake of caffeine and other fluids that cause irritation to the bladder, such as alcohol, carbonated drinks, citrus, tomato and spicy food. Some drinks that are not an irritant to the bladder include water, fruit teas, caffeine-free tea and coffee and milk.

It is also important to ask the patient to lose weight, as this has a significant effect on leakage, quit smoking, and to avoid constipation by increasing dietary fibre intake.

These are aimed at strengthening the pelvic floor musculature. The rehabilitation programmes may include simple oral or written information, exercises performed with biofeedback, pelvic muscle contractions stimulated by functional electrical stimulation (FES), motor relearning exercises, or any combination of the above. Success is dependent on a continuous, regular home exercise programme to avoid deconditioning.

Bladder training is aimed at increasing the voiding interval and decreasing urgency and associated urge incontinence. There are usually three components to the training: Patient education, scheduled voiding, and positive reinforcement.

There are many options of anticholinergic medications to choose from, these are demonstrated in Table 4.

Another relatively new drug used is mirabegron, which is a β-adrenoceptor agonist with a mechanism action that is distinct from anticholinergics. Hence, it has fewer side-effects and is considered as a second-line therapy when patients are intolerant to anticholinergics.

Absolute contraindications to anticholinergic use include urinary retention, gastric retention, uncontrolled narrow-angle glaucoma, and known hypersensitivity to the individual drugs or any of their ingredients.

Elderly patients in particular should be monitored for drug interactions or polypharmacy of drugs with anticholinergic effect (eg, antidepressants, antipsychotics, anxiolytics), as the overall anticholinergic load is associated with confusion, falls and fractures.

Anticholinergics are category C drugs in pregnancy, to be used only if the benefits clearly outweigh the risk.

Intravesical botulinum toxin-A prevents acetylcholine release at the neuromuscular junction, resulting in temporary chemodenervation and muscle relaxation for up to six months. The technique is to place multiple injections under cystoscopic guidance directly into the detrusor.

Complete continence can be achieved in 40-to-80 per cent of patients and bladder capacity improved by 56 per cent for up to six months. Maximal benefit is between two and six weeks, maintained over six months. The injections can be repeated according to degree of improvement or relief of symptoms.

Other options also include posterior tibial nerve stimulation and sacral nerve stimulation, which involves an implantable electrode in the S3 foramen continuously stimulating the S3 nerve root, in order to stimulate the pudendal nerve. There is a potential benefit for up to five years in patients with OAB.