It is an extremely common condition that will affect 50 per cent of men over the age of 40 at some stage in their lives. A common mistake is to assume that it is simply a function of longevity — it is not, and furthermore should act as a ‘red flag’ symptom to those who have an interest in men’s health. Recognition of the link between ED and lower urinary tract symptoms, as well as with other comorbid conditions, will improve patient and partner quality of life, as well as reducing a patient’s risk of morbidity and mortality.

ED can be defined as primary (rare), in which the man has never been able to attain or sustain erections, and is almost always due to psychological factors (guilt, fear of intimacy, depression, severe anxiety) or clinically-obvious anatomic abnormalities. The much more common type is secondary, in which a man who previously could attain and sustain erections can no longer do so.

Over 80 per cent of cases have an underlying organic aetiology. However, in many men with organic disease, ED leads to secondary psychological difficulties that compound the problem. The causes of ED can be tabulated in a crude but memorable format, as shown on this page. [Table 1]

Another classification of ED is whether the aetiology is psychogenic versus organic. In general, organic ED is constant, with a gradual onset and affects non-coital erections (such as morning tumescence). Psychogenic ED, on the other hand, is usually sudden in onset and situational, with varying degrees of ED, depending on the circumstances. Non-coital erections are also usually unaffected. [Fig. 1]

Current treatments for ED consist predominantly of oral erectogenic medications such as phosphodiesterase 5 inhibitors (PDE-5i), intracavernosal injection of alprostadil, intraurethral application of alprostadil/papaverine, vacuum devices, testosterone replacement and surgery. Many herbal supplements have been tried, however no randomised trials have ever shown any benefit. Due to the presence of PDE5i, the FDA in fact recalled previously successfully-marketed supplements.

Non-surgical management of ED includes lifestyle modification to include regular exercise, reduced fat and carbohydrate diet, smoking cessation and a reduction in alcohol consumption. There is an association between ED and long-distance biking (RR 2.0), and therefore, those patients should also consider ergonomic saddles at an early stage.

The classic erectogenic medications such as Viagra (sildenafil), Cialis (tadalafil), Levitra (vardenafil) and Spedra (avanafil) work via the schematic diagram (courtesy of Medscape.com) shown here, which illustrates their mechanism of action. Following sexual arousal, nitric oxide is released from the synapses of neurons in the corpus cavernosum of the penis. This results in accumulation of cyclic guanosine monophosphate (cGMP), produced from guanosine triphosphate (GTP), which causes smooth muscle relaxation, leading to an erection. By preventing cGMP breakdown, PDE5 inhibitors enhance erectile function.

These medications are effective to allow for penetrative intercourse in 75-85 per cent of patients in the presence of sexual stimulation and an intact nerve supply; however they are less effective in those with concurrent medical conditions such as diabetes mellitus and hypertension. There exists a cross reaction in up to 3 per cent of patients with PDE-6 receptors in the retina, leading to transient ‘blue vision’, and they are not recommended for patients with retinal disorders. Furthermore, in those with pre-existing voiding lower urinary tract symptoms, patients should be stable before commencing a PDE-5 inhibitor, which needs to be started at the lowest dose available.

Intracavernosal alprostadil (Caverject) and intraurethral alprostadil (MUSE) act by their effect on cyclic adenosine monophosphate (cAMP) and therefore play a role in local smooth muscle relaxation, vasodilation and inhibition of platelet aggregation. They are 96 per cent locally metabolised and are successful in 70-80 per cent of patients.

They are especially effective in patients with non-vascular disease.

Vacuum erection pumps are effective and safe and can be used with a previously-failed penile prosthesis. The pump allows the penis to be engorged by negative pressure, with a ring applied at the base.

However, when assessing a man with ED, it is vitally important to remember the Princeton Guidelines: The recognition of ED as a warning sign of silent vascular disease has led to the concept that a man with ED and no cardiac symptoms is a cardiac/vascular patient, until proven otherwise. [Table 2]

Therefore, the initial assessment of the male with ED is the most important. One must confirm the diagnosis with a detailed sexual history, as some men confuse ED with disorders of ejaculation, orgasm and libido. The nature, chronology, severity, past treatments and psychosocial contexts must all be explored, in addition to the patient’s ideas, concerns and expectations.

The severity of ED can be quantified using standardised patient-reported questionnaires, such as the IIEF-5 or SHIM surveys. One of the most important factors, however, is to identify any treatable conditions that may be relevant, such as diabetes, thyroid disease, depression, hypogonadism, dyslipidaemia or hypertension, and thus a standardised profiling and routine assessment are relevant and necessary in all men, even with ‘obvious’ aetiology, as there is a clear link between cardiovascular risk factors, endothelial dysfunction and ED4. All men should also have their partners included in the consultation to allow for shared decision-making. [Fig. 2]

A physical examination should be focused and include a complete genital examination, examination for secondary sexual characteristics and hypogonadism (body hair, fat distribution) and blood pressure measurement. In general, these men should also undergo rectal examination of the prostate and if the history is suspicious, then also an initial peripheral vascular and neurological examination.

Laboratory investigations according to the European Association of Urology guidelines (2014) should include fasting blood glucose (urinalysis is inadequate as a screening test for diabetes), fasting lipid screening (including HDL and LDL) and serum testosterone. Only about 2-3 per cent of circulating testosterone is free, with a further 20-50 per cent bioavailable (bound to albumin), and 50-80 per cent non-bioavailable (bound to SHBG).

There is no internationally and generally-accepted lower limit of normal testosterone, but it has been suggested that levels above 12nM do not need replacement, while patients with levels below 8nM might benefit from testosterone replacement6. In patients with hypogonadism, serum luteinising hormone can help differentiate primary from secondary causes, and a serum prolactin measurement can be obtained in the latter scenario, or when testosterone levels are below 5.2nM.

Further specialist investigations are not usually required in the assessment of ED, unless there are compelling reasons such as primary ED, pelvic trauma, anatomical abnormalities (Peyronie’s, hypospadias, buried penis), patients with complex endocrine or confirmed psychiatric disorders, or for medico-legal reasons. These tests must be carried out in specialist centres and ideally in conjunction with urologists who have a sub-specialisation interest in andrology. These test include MR urography; colour Doppler scanning of the penis with injection of PGE1 (to assess for arterial insufficiency or veno-occlusive dysfunction); selective penile arteriography; and dynamic infusion cavernosography with injection of PGE1 (suspected venous leak or those being considered for vascular surgery).

In summary, assessment of ED is a core issue in the modern multidisciplinary approach to men’s health. It should include a comprehensive and detailed assessment carried out in conjunction with the patient’s partner, in making sure that the problem is erectile, and should also focus on cardiovascular risk factors, as well as a treatable cause.

A 58-year old insurance salesman mentions the presence of “sexual difficulties” during an annual medical. He has had difficulty maintaining erections for the last 12 months, which has become more problematic in the last three months. He no longer notices morning tumescence. He is happily married, monogamous and uses an ACE-inhibitor for hypertension (Ramipril 5mg OD). He is overweight and smokes approximately 10 cigarettes per day.

How would you approach this issue? 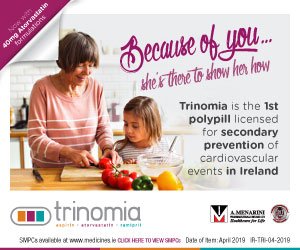