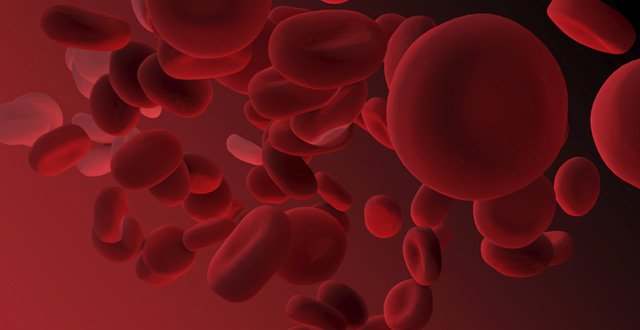 A two-and-a-half-year old boy presented to his GP with a three-day history of fever and cough. He was pale and coryzal but examination was otherwise normal. There was no personal or family past history of note. His diet was reported as inflexible and he refused all forms of red meat. He consumed up to one litre of cow’s milk per day.

The child returned for further review and discussion of these results. He was born at full-term by normal vaginal delivery without antenatal complication and had a birth weight of 3.5kg. Both parents were of Irish descent and there was no significant family history of anaemia, jaundice, dark urine or splenectomy.

The patient himself was neurodevelopmentally appropriate and fully vaccinated. He had fully recovered from his recent respiratory illness and there was no history of easy bleeding, bruising, recurrent infection or bone pain. There was also no history of loose bowel motions. He was reported as being very active and bright without any evidence of fatigue. The child was appropriately grown for his age and his systemic examination was again normal, apart from pallor.

What are the next steps?

The boy in the case report is otherwise well, asymptomatic with an incidental finding of hypochromic microcytic anaemia.

The clinical picture, combined with the full blood count result, is suggestive of iron deficiency anaemia, but this will always need to be confirmed by iron studies, eg, ferritin, transferrin saturation, soluble transferrin receptor (see Table 1). The ferritin in this case may be misleading, as the child had a viral infection at the time of testing and as ferritin is an inflammatory marker, it will tend to rise during infective episodes or in inflammatory states.

Generally, the causes of iron deficiency can be characterised as: failure to ingest (diet); failure to absorb (malabsorption syndromes, eg, coeliac disease or inflammatory bowel disease); failure to transport iron; or increased blood loss or utilisation.

This boy has no history suggestive of malabsorption or blood loss and his background of poor dietary intake of iron suggests this as the cause. It is reasonable to give him a trial of iron supplements and monitor the outcome.

Nutritional anaemias are usually insidious in onset and are well tolerated by children, even when the haemoglobin level seems low. In asymptomatic cases, there is no indication for blood transfusion and oral iron supplements are sufficient.

There are many oral iron preparations with variable elemental iron concentrations but the appropriate dose of elemental iron is 6mg/kg/day divided into three daily doses. This should produce a haemoglobin increase of 1g/dL per week.

An appropriate treatment period is three months, at which point red cell studies should be re-evaluated. Typically, the anaemia will correct first but a demonstrable rise in iron stores should be seen before discontinuing iron supplementation.

Parenteral iron should be considered only if oral iron is not tolerated and in specific cases where the iron deficiency is multifactorial or genetically induced.

What if oral iron fails?

The most common cause of failure is non-compliance or under-dosing. Oral iron supplements are unpleasant and parents may abandon the prescribed oral iron for more palatable multivitamin preparations that contain minimal elemental iron and are ineffective. Some patients (rarely children but more commonly the elderly) may take substances that impair the absorption of iron, eg, large volumes of tea.

In other cases, the underlying aetiology may not have been diagnosed or addressed or there may be dual pathology, eg, malabsorption, occult bleeding, malignancy or an inflammatory disease.

Finally, other causes of microcytosis may need to be considered. These include thalassaemia traits, sideroblastic states, and lead ingestion.

Iron is a vital nutrient, essential for the production of haemoglobin and myoglobin. It promotes DNA synthesis in all cells and optimises the function of oxidative enzymes in cell mitochondria. Iron overload is toxic and iron balance is carefully controlled.

There are two principal sites of iron supply — from senescent erythrocytes (20-25mg iron/day) and gastrointestinal absorption (1-2mg/day). The release of iron to transferrin in the plasma from these sites is negatively controlled by the liver-generated hormone hepcidin and affected by the transmembrane iron transporter ferroportin.

Ferroportin is found on the surface membrane of reticuloendothelial macrophages and on the basolateral membrane of the duodenal enterocytes. It is internalised and degraded in the presence of hepcidin. Hepcidin synthesis increases in response to iron and inflammation and is decreased by iron deficiency and erythropoiesis, ie, in iron deficiency, hepcidin is down-regulated and thus ferroportin is available to facilitate iron absorption and release to transferrin, whereas in inflammation, hepcidin is increased, ferroportin is degraded and iron is not absorbed or released.

Haem-iron, derived from animal produce, is much more readily absorbed than non-haem iron, which is derived from cereal and vegetables. It is vitally important, therefore, to ensure that the individual has a balanced diet, which includes red meat two-to-three times per week. People with restricted diets are at highest risk of iron deficiency and should be monitored to ensure that their intake of iron from other sources is adequate for their needs.

Reference: Camaschella C, Iron and Hepcidin: A Story of Recycling and Balance. Haematology 2013; 1-8).