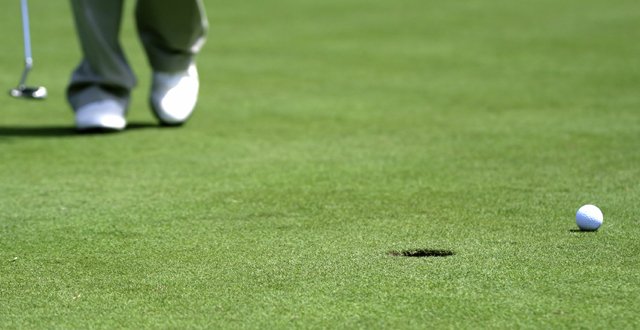 Last week I completed my first year as a consultant. I think I did fairly well. The ‘imposter syndrome’ has started to creep into remission. I wouldn’t say I feel entirely comfortable just yet, but I’m getting there. It’s nice to have passed the year in which I am most likely to have been suspended or subject to an investigation. One of the best bits of advice I ever got was that as a doctor, you need to be getting a bit better every year, and I think I did.

A few months ago a chance came up to play in a golf tournament between the two biggest hospitals in town. The idea of being a consultant on a golf course on a Wednesday afternoon was just far too good to give up, so I signed up to play.

An aside. A few years ago somebody had the bright idea of opening a winter ice rink in Cork for a month or so around Christmas. It didn’t last long. Rumour has it that there was a lot of lobbying from the embattled emergency departments of Cork to hasten its demise. In hindsight, it was a pretty bad idea to begin with. You could just picture your average Cork man thinking ‘yeah, I’d say I’d be brilliant at that, like,’ before lacing up his boots, taking off as if he were whoever of Torvill and Dean was the bloke and leaving a few hours later with a dislocated shoulder and blaming someone else.

It was in that spirit of rebel self-assurance that even though I hadn’t completed 18 holes for 10 years, I signed up for the golf tournament a few months ago, thinking I’d get a few rounds of practice in and sure even if I didn’t, I’d probably be grand anyway.

The big day arrived. I rocked up to the course thinking it would be a suburban chicken-run. Having parked, I walked out to the first tee and clubhouse. The course was a championship-level gem and the assembly of titanium hardware I saw before me would have put a company of US navy seals to shame. I set my 25-year-old bag of my dad’s old clubs on the ground. I was the only one who didn’t have one of those little tripod things at the side of it.

I’ve been robbed of my closest friend and confidante… he can’t remember my kids’ names and struggles with mine but when I told him about the golf, he paused

I’ve long felt cycling is the new golf for middle-aged men, but it appears old golf is still the new golf for the hard-core. The clothing was equally intimidating, with pullovers and polo shirts serving as passport stamps for some of the most prestigious golf courses in the world. I doubt if my own polo shirt garment commemorating a divisional junior B hurling final in the early noughties had the same cachet.

I was shaking on the tee and glad to be one of the last teeing it up. A Spanish anaesthetist went in the four-ball before me and walloped his tee-shot into the ladies’ tee box, from where it pinged back to end up five yards behind where he had hit it from. I knew I couldn’t do any worse than that but I still apologised in advance to the other fellas for my impending bad play and, true to form, outstripped my Iberian colleague, hitting it a good seven or eight yards beyond the ladies’ tee. Take that, Pedro. I picked up a bit after that and won four holes, prompting my opponents to mutter a little more loudly than they thought: “Hear that at the start? Typical f***ing Irish blarney.”

Victory was in sight, though I bottled it on the second-last hole, but had enjoyed my day immensely. I rang home that night. The dog had died and I wanted to make sure they were all okay.

My dad’s memory is shot. He has been robbed of his wonderful, kind, canny personality by an illness that even as a doctor, you don’t properly estimate until it comes very close to home. I’ve been robbed of my closest friend and confidante. It’s awful and what’s worse is, I can’t even compute how awful it’s going to get. He can’t remember my kids’ names and struggles with mine but when I told him about the golf, he paused.

“Yeah, I remember you pissed it up against the wall like that for us on the 17th in Bantry when we played your mother’s brothers when you were a student as well.”

I don’t know what it is about sport, but it’s magic.