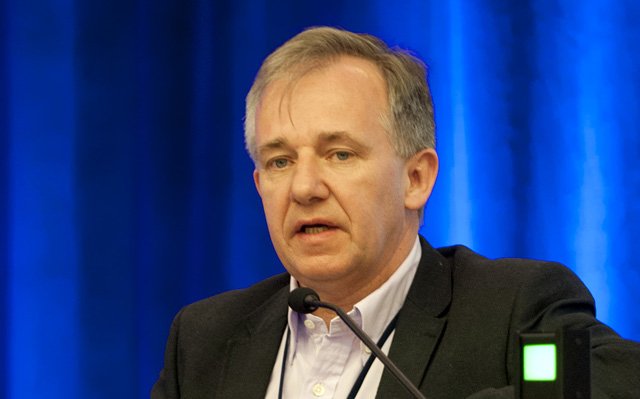 If ever we needed a leap of faith on behalf of the Department of Health and HSE on a vision for general practice, it is now, as to continue along traditional lines would signal a failure in understanding of what is needed at this time.

I hope the Minister for Health will have the courage and the vision to forge a new pathway — a pathway that will place general practice at the centre of the health service and will ensure the needs of patients are met in the most appropriate setting. Given that this is better for the patient in terms of health outcomes and better for the State in terms of the cost of that care, it hardly seems such a leap.

In the run-up to the General Election, each and every political party was at pains to espouse the importance of general practice as a solution to some of the problems in our health services. Is it unreasonable then to expect that, whatever the make-up of the next Government, that general practice must be central to any Programme for Government? Yet there has been little talk of our health services in the weeks since the election result.

Rhetoric is no substitute for action, and I call on the next Government and Minister for Health to join with the IMO in creating a momentum around the contract negotiations that will create an environment that will reverse the destructive ethos which has created such difficulties in the health service; to create the environment where seasoned GPs will wish to continue to work in the service as opposed to rushing to the exit door of retirement; to create the environment where the best-trained GPs in the world will choose to forge their career here in the Irish health service — in a career which offers them challenges, fulfilment and the security they do not currently hold.

The most important element of creating this partnership is trust, something which has been lacking for too long, and not without good reason.

The years of successive and disproportionate FEMPI cuts have left general practice punch-drunk. Yes, many practices kept going, but at what cost? GPs all around the country have been subsidising their business from their own resources — but that well has dried up and there is no plan for sustaining the service. The Department of Health was warned that this could not last and the resulting closure of practices, the failure of practices to attract new GPs, and the dearth of development in general practice bears testament to the ill-thought-out, short-term economic measures that passed for policy during the recession.

Newly-trained GPs need more than empty rhetoric to sustain their hopes, to fulfil their ambitions and to ensure they remain an integral part of the health service

Not so long ago, Government made commitments around a vision for general practice and actively encouraged GPs to develop centres and facilities. The only beneficiary from this development has been the State, as GPs have effectively provided a network of health service infrastructure in communities all over the country from their own resources. Ironically, not only have they not been supported by the State, either through tax provisions or development grants, but many have in fact been undermined as the State pursues a policy of locating new HSE primary care centres close to existing GP services with little or no consideration for the viability of services. GPs are left with the huge burden of personal debt and no prospects of selling on; a hard lesson has been learned and GPs will not go down this road again.

Newly-trained GPs need more than empty rhetoric to sustain their hopes, to fulfil their ambitions and to ensure they remain an integral part of the health service. Unless we address this, all we are doing is training GPs for export and leaving the health service vulnerable into the future. We know the facts — we need almost 1,400 new GPs over the next 10 years. But what hope do we have of attracting them? Many of our young trainees have seen the decimation of their specialty and have chosen to emigrate. We cannot hope to encourage them to stay, or indeed encourage our existing GPs to stay, unless we give a real commitment and security for the future. The only answer to our current difficulties is ring-fenced, planned and sustained investment in a new GP contract.

General practice has risen to various challenges over the years — to its detriment — working way beyond contractual obligations, which unfortunately has been taken for granted by the Department of Health and the HSE. General practice will again rise to new challenges, but it will not allow itself be railroaded into a contract where one party adopts a purely contractual mindset while simultaneously demanding that the other party approach negotiations from an essentially vocational perspective.

General practice has a presence in every community, in every parish, urban and rural, which uniquely positions it to deliver this service. However, this can only be done with appropriate investment in IT, infrastructure, staffing and supports. It is through an appropriately-funded contract that this will occur.

The IMO looks forward to the task of completing the contract and expects the Department of Health and the HSE to approach this challenge with the same level of commitment.