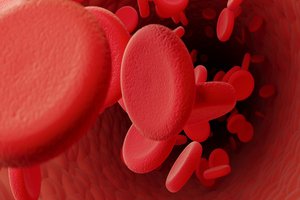 Attendees at the Gathering Around Cancer 2021 conference heard from Dr Barry Kevane, Consultant Haematologist, MMUH, who delivered a talk titled ‘Cancer-associated thrombosis’. Dr Kevane outlined how venous thromboembolism (VTE) is a major global health burden and a leading cause of cardiovascular mortality each year, with acute VTE frequently being rapidly fatal.

“Mortality data on VTE in Ireland is somewhat patchy, but we do know that thousands of Irish patients experience thrombosis each year and unfortunately, many of them do not survive,” he said.

The burden of VTE in cancer patients has historically been underestimated, but “we now know that the risk of thrombosis among patients with cancer is at least five-to-seven times higher than seen in the general population,” he told the conference. “Interestingly, even in our thrombosis clinics, we would expect that about 20 per cent of patients we see are presenting with thrombosis related to active cancer,” he said. “It has also been estimated that between 10 and 20 per cent of patients with cancer will experience a thrombotic complication of some kind at some point in their disease course.

He outlined the complex mechanisms and aetiology underlying thrombotic risk in patients with cancer and how this likely relates to an interaction between various risk factors, including those related to the individuals; requirements for cancer therapy, including major surgery and pro-thrombotic chemotherapy; and factors relating to the tumours themselves, including site, stage, and grade. The vast majority of cancer-associated thrombotic events appear to occur in the first six-to-12 months following diagnosis of cancer, he added, and there is also an increased risk during periods of relapse or the end-oflife phase, where tumour activity is increased.

He provided a synopsis of the mechanisms by which tumours can induce a pro-thrombotic state via the direct activity of tumour cells in activating intervascular coagulation. Whilst the exact mechanism of this is unknown, “circulating tumour cells have the ability to express various substances, such as tissue factor and cysteine proteases on the cell surface, which can directly activate circulating clotting factors. Tumour cells can also release a variety of pro-thrombotic microparticles, and through the release of certain inflammatory mediators, can induce direct platelet activation and epithelial dysfunction, which can all combine to [influence] in situ thrombosis,” said Dr Kevane.

“It’s also important to remember that the interaction between coagulation and cancer activity is not a one-way process,” he continued. “We know that products or coagulation activation can themselves support tumour growth and dissemination through various mechanisms. For example, we know that thrombin, which is a coagulation protease, via signalling on protease-activated receptors on the surface of tumour cells can promote tumour growth and dissemination, and indeed support neo-angiogenesis at the site of metastatic deposits.”