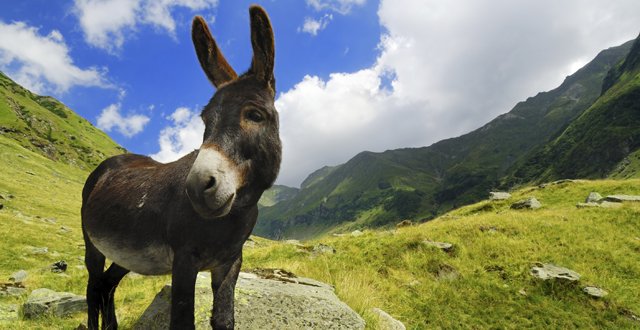 There is always one and he most definitely was the one (they say that if you can’t easily identify the one, then it is you).

We were on a nature walk, led by an expert. There were 20 of us, in various types of outdoor attire, clutching binoculars and notebooks and feeling very adventurous. He was small and serious, and did not join in any of the excited chatter.

He had no eye contact and seemed anxious to start, peering at leaves and bushes. He seemed somehow familiar, even though I was sure I did not know him, and he seemed not to know me. Perhaps he (the ‘serious one’) was some kind of celebrity?

When we set off, he managed to shove his way to point duty on the shoulder of the expert. This was not an easy position to maintain, as the expert pranced through the woodland path like a satyr in the springtime, frequently diving into bushes and throwing himself on the ground in adoration of a flower or dragonfly.

The serious man had to shove old ladies and children out of his way to keep his post, and he did so without hesitation or apology.

Within a few minutes the whole group hated him. He barked questions at the expert; pointless, silly questions designed to show off his knowledge. He was dishonest. When I heard the insane cackle of a jay in the distance, he asked me in a startled voice, “what’s that?” When I told him what it was he brayed “I heard a jay over there”.

Now I understood perfectly. He had been frantically trying to impress the leader, showing off his knowledge. He was ruthlessly trying to sabotage the others and find details to elevate his ranking

The expert got fed up with him fairly quickly, though the whole performance seemed calculated to impress him. When we mercifully found our way back to the car park, we had all had enough. I had my suspicions, though. When the serious one climbed into his car, I spotted it, cheekily perched beside the tax disc. A ‘doctor’ sticker. It explained everything. While the rest of us had been on a nature walk, he had been on a ward round.

Now I understood perfectly. He had been frantically trying to impress the leader, showing off his knowledge. He was ruthlessly trying to sabotage the others and find details to elevate his ranking. It was all very sad. It seemed that he couldn’t enjoy a spring day out without reverting to the behaviour he had learned as a student and junior doctor. He was also far beyond the age at which you would expect him to follow in the wake of a senior, which was a chilling thought. It meant that he was probably leading ward rounds himself.

A ward round seems to be disproportionately reflective of the personality of the head honcho. I have been on good-humoured, happy ward rounds, full of intelligent debate, where the junior participants were encouraged and motivated, and the patient’s wellbeing was earnestly discussed.

I have been on tense, neurotic ward rounds, where the anxieties and character flaws of the boss were amplified hugely.  I have seen chortling, back-slapping surgeons and thoughtful, caring registrars and one memorable weekly perambulation that was known as “shifting dullness”.

I remember doctors slightly more senior than me as they would pull a result out of my hand so that they could read it out themselves (this was in the days when the results of investigations came in the form of little printed-out bits of paper and computers lived somewhere in the bowels of the hospital).

I would see them take credit for diagnoses that they had not even considered until a nurse told them what was the matter. I have seen nice old men who went all their lives as Padraig called ‘Patrick’, as everyone stood around discussing them in incomprehensible jargon. Earnest young doctors were frequently reduced to tears as their hard thought-out theories were mocked.

No wonder I spotted the serious one as a doctor. Maybe some of the other participants had been marked by their jobs too and I just couldn’t see it. Perhaps the giggly lady who repeatedly said that she knew nothing about plants, but obviously knew a lot, had been undermined in the public sector and never got as far as she could have. Maybe the older man who seemed entranced by the fresh air and birdsong had been imprisoned for all of his working days in a factory.

Workplaces and the people in them are tricky and strange. Did I just imagine it, or did the expert’s face visibly light-up as he turned away from the gaggle of people and went back to the birds and the flowers and the insects?