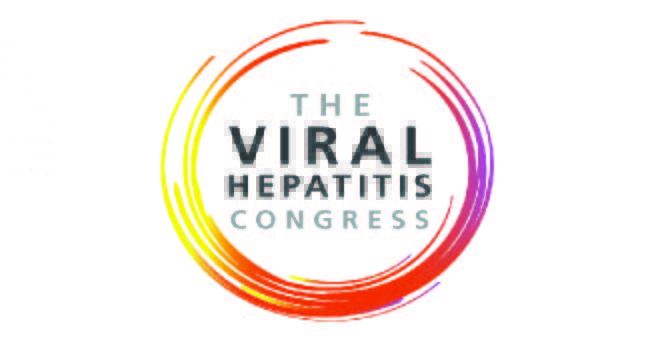 Clinicians now have the tools to ensure that few, if any, patients should develop decompensated liver disease post-transplant due to recurrent hepatitis C virus (HCV), the Viral Hepatitis Congress heard.

Therapy for recurrent HCV previously consisted of interferon and ribavirin and was associated with significant complications, including neutropenia, anaemia, and chronic rejection in some instances. In the era of all-oral direct-acting antiviral agents (DAAs) for hepatitis C, sustained virological response (SVR) rates post-transplant are not different than the response rates seen in those who have not undergone orthotopic liver transplant, Dr Kwo reported.

Lower SVR rates have been observed in post-transplant recipients with Childs B/C cirrhosis, though samples sizes are limited, according to Dr Kwo. The combinations sofosbuvir/daclatasvir ± ribavirin and sofosbuvir/simeprevir ± ribavirin have also been reported to be highly effective and well tolerated in multi-centre, real-life cohort data, he continued.

Clinicians should be aware of drug-drug interactions and changes in immunosuppression requirements that may be necessary while treating patients post transplantation. Optimal treatment duration and the role of ribavirin remain important areas for investigation, Dr Kwo added.

Hepatocellular carcinoma (HCC) surveillance in hepatitis patients who have regressed is currently under debate but there are now ways of optimising patient selection, Prof Massimo Colombo, Professor of Gastroenterology University of Milan, Italy told the Viral Hepatitis Congress.

Periodic surveillance with abdominal ultrasound is recommended for patients with hepatitis-related cirrhosis who achieved a sustained response to antiviral therapy. This recommendation stems from observational studies reporting hepatocellular carcinoma (HCC) in patients with both hepatitis B- and hepatitis C-related cirrhosis developing years after an SVR was achieved, he explained.

However, since HCC more often developed in patients with advanced liver fibrosis rather than in those with mild chronic hepatitis, whereas cirrhosis may regress in responders to antiviral therapy, an argument has arisen whether surveillance should be continued in patients who regressed from cirrhosis following therapy, he noted.

“In the absence of evidence-based data to guide such a decision, we should annotate that regression of cirrhosis due to hepatitis B has been documented in registration trials only, by default representing a better prognosis population compared to patients treated in real practice.

“The same holds true for hepatitis C, where regression of cirrhosis was documented to occur in two-thirds of patients with compensated cirrhosis five years after an SVR to interferon, these patients however representing a selected population with less-advanced cirrhosis who were able/tolerant to receive interferon therapy.

“Even if we assume that most real-life patients receiving DAAs will regress from cirrhosis, still a critical point is to reliably demonstrate recovery of a normal liver architecture,” Prof Colombo maintained.

This was clearly shown in both hepatitis B and C patients investigated by Fibroscan, a predictor of hepatitis severity, Prof Colombo continued. In hepatitis C patients who achieved an SVR following interferon-based regimens, a score combining serum parameters of liver inflammation and portal hypertension led to the identification of patients more likely to develop cancer in a five-year follow-up, therefore suggesting that surveillance for cured patients could to some extent be optimised.

“This is not a trivial point, as surveillance of patients at risk of developing a cancer improves the outcome of HCC therapy, yet the strict association in responders between HCC risk and liver disease severity questions the current strategy of prioritising antiviral therapy in patients with advanced hepatitis,” Prof Colombo stated.

HCV drug development continues to move at “lightning speed with new paradigm-shifting regimens approved every year since 2011,” he noted.

With multiple approved all-oral therapies that achieve SVR rates above 90 per cent in most patient populations, the bar has been set extremely high for new regimens to enter clinical practice. However, despite the remarkable successes, there are still some small holes in the currently-approved regimens, he pointed out, adding that therapies in development will fill many of these small voids.

“In the very near future, approval is likely for regimens for patients with chronic kidney disease, regimens with improved activity against genotype 3 HCV and regimens with pan-genotypic activity. The second-generation protease inhibitor grazoprevir, combined with elbasvir, a second-generation NS5A inhibitor, shows great promise for use in patients with advanced renal impairment, including those on haemodialysis,” Dr Feld said.

Treating these patients with current regimens is very challenging, leading to a priority review for the fixed-dose combination of grazoprevir/elbasvir by the US and European medicines regulatory authorities, he said. These two agents will be combined with a nucleotide polymerase inhibitor in development, promising a pan-genotypic regimen in the not-too-distant future.

“However, even before this triple regimen is approved, GS-5816, an NS5A inhibitor with broad pan-genotypic activity, including against genotype 3 HCV, will likely be approved in combination with sofosbuvir.

“There are numerous other regimens in development and some will likely advance to reach clinical approval, however as treatment gets better and better, finding an advantage to new therapies will become more and more difficult,” Dr Feld concluded.

Ribavirin ‘still has a role to play’

Discussing which DAA regimen should include ribavirin, he noted that while a number of possible mechanisms of action have been proposed for ribavirin, the current consensus is that the drug has weak antiviral activity.

“Although ribavirin is cheap and improves efficacy of DAA regimens, appropriate dosing requires a large pill burden and the drug has a number of side-effects, most notably a mild haemolytic anaemia.

In general, DAA regimens of high potency in sensitive patients achieve response rates approaching 100 per cent and in these circumstances, ribavirin has little benefit, he acknowledged.

American and European clinical guidelines for HCV are very similar, with the two major areas of difference focusing on treatment eligibility and availability of differing regimens, the Viral Hepatitis Congress heard.

A presentation by Dr Nezam Afdhal, Associate Professor of Medicine, Harvard Medical School, Boston, US, discussed the different approaches to HCV care in the two regions, comparing the major guidelines by the American Association for the Study of Liver Diseases (AASLD)/Infectious Diseases Society of America (IDSA) and the European Association for the Study of the Liver (EASL) guidelines.

Unlike the EASL guidance, the AASLD also suggests that ‘baby-boomers’ (patients born between 1945 and 1965) undergo a one-off HCV antibody test as a well-selected epidemiological population of increased risk, whereas such a risk factor or population has yet to be identified in Europe, he said.

There is some controversy within both guidelines for patient selection. While both guidelines suggest that all patients should be considered for treatment, they both discuss prioritisation of certain patient groups. The first prioritisation in both documents is based on disease stage, as determined by liver fibrosis with F3 and F4 as priorities for treatment, based on increased risk in this population for progression to complications of liver disease such as decompensation, liver transplant and HCC, Dr Afdhal reported.

For patients with F2, the EASL guidelines state that treatment is justified and for F0-1 treatment can be deferred, he said, adding that the AASLD guidelines are even less clear on stage F0-2. Treatment of F2 with symptoms or comorbid diseases is recommended. Both guidelines are consistent on treating patients with extra-hepatic manifestations, regardless of disease stage, he added.

Priority is also given by both for HIV and HBV coinfection, post-transplant and patients at high risk of disease transmission. This includes active IVDU, MSM and prisoners.

“Although the use of treatment as a prevention for disease spread seems reasonable, there is little trial data on effectiveness, nor have many studies been undertaken in these populations. The issues of reinfection and compliance will also need to be addressed,” Dr Afdhal said.

The issue of whether to treat patients with decompensation is also addressed differently. EASL guidelines recommend treatment, whereas AASLD guidelines are not certain of the benefits and need more data, he pointed out. However, overall, both guidelines agree that all patients should be considered for treatment, unless their life expectancy is shortened by comorbid conditions.

Summarising, Dr Afdhal said EASL and AASLD guidelines are very similar, and clinicians should follow either guideline, depending on availability of medications within the region.