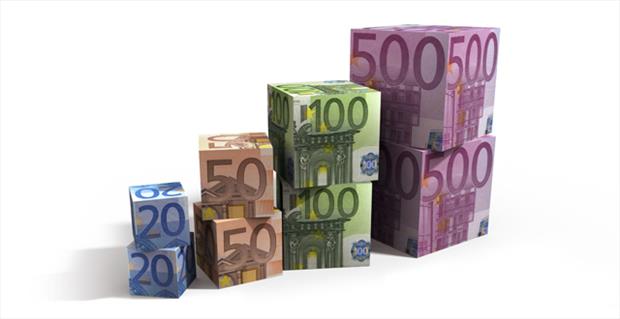 What is it about the Irish health service and an ongoing inability to manage its finances? We have become inured to the yearly over-runs in the HSE budget, blithely absorbed by the exchequer in December every year. We wince when we see the rates paid to agency medical and nursing staff, recruited when there are no applicants for key jobs. Regular reminders of the HSE’s failure to standardise referral routes and referral forms across all regions, at most cause a tired raising of the eyebrows. It’s no wonder the €17 billion health budget so often fails patients at the clinical frontline. I’d love to know the exact percentage wasted by inefficiency and poor management.

I’m sure you will forgive me for having allowed myself  a modicum of optimism when it came to the new national children’s hospital. Here was a flagship project, with good leadership. It emerged, newly whitewashed, from previous difficulties. A fresh start beckoned, and with it the expectation of high standards.

After all, the new hospital was to have been built at the Mater hospital site and to open in 2015. But An Bord Pleanala said ‘no’ to that proposal, leading to a further eight-year delay before it will open at the St James’s Hospital site.

However, recent events at the Oireachtas Health Committee revealed the latest twist in the saga. We now know the bill for the new hospital will be at least €1.7 billion. The cost of the state-of-the-art institution, due to be completed in 2022, had already spiralled from €983 million to €1.4 billion in the space of less than two years. But it has now emerged that this figure will only cover the design, construction and equipping of the hospital. Another €300 million is needed for extras such as the IT system, itself the subject of a €9 million overspend.

The scale of the over-run is amazing. It suggests laissez-faire management and poor financial risk controls from the moment the project received the go-ahead. Apart from the direct impact on the taxpayer of such a large budgetary over-run, there is the draining effect of a single project’s runaway costs on the rest of the health system.

By placing such a significant strain on the health capital budget for at least the next four years, it will not be possible to complete other much-needed projects. Even the limited number of new hospital beds promised for 2019 are in jeopardy. The long-promised upgraded facilities for cystic fibrosis patients is just one of the important developments likely to be put on hold.

Concerns about the condition of everyday, routine- use hospital equipment have been flagged for some time. It’s not that long ago since women attending Our Lady of Lourdes hospital in Drogheda had their suspected miscarriages incorrectly diagnosed because of ancient ultrasound machines in use at antenatal clinics there.

Scanners, ultrasound machines, scanning units and ventilators must be replaced in a timely manner.  They must also be serviced regularly and by appropriate agents. What chance of this happening with the decimation of the capital health budget? The new children’s hospital has become a parasite of enormous proportions.

The Irish Patients Association has obtained figures from the State Claims Agency outlining how, over a three-year period, there have been almost 4,000 safety incidents involving equipment being used in the care of patients in Irish hospitals.

These failures resulted in 72 clinical healthcare claims being created during the period, with an estimated liability of €17.3 million. Most of the incidents of equipment failure related to clinical procedures.

With the existing rate of equipment failure a substantial one, and with additional claims for these inevitable, the large hole in the health capital budget for replacement equipment becomes even more acute.

A direct threat to patient safety is just one of many reasons why responsibility for the financial  mismanagement of the children’s hospital project must be thoroughly investigated.

Management consultants PWC have been asked to carry out an independent review of the entire project’s costs. To report in three months’ time, the review will examine the escalation of costs in determining the adjusted contract sum, as well as looking at who may have been responsible for the extraordinary increase.

The development board for the new hospital has said the rising costs were primarily due to construction inflation. Staff, consultancy and design fees were also a factor, it said.

The PWC report cannot pull any punches. Responsibility must be linked to individuals on whose watch the funding debacle has occurred.