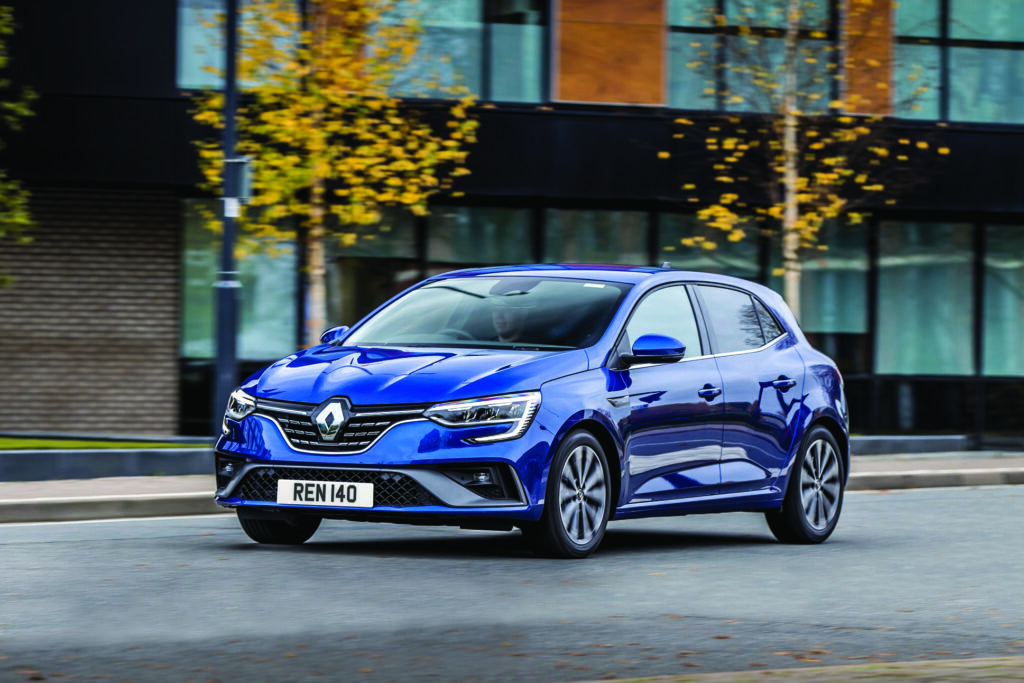 Renault’s versatile Megane range gets a new look for 2021

Renault’s Megane, as a car, reminds me of the Swiss army knife stand you would see at any jewellers. The range varies from a blade and a corkscrew, through a broad range of options and iterations, until you get all the way to the top level knife, which comes with rocket launchers and jet pack.

You can get the standard Megane hatch, the Megane Sport Tourer, estate, both with a range of engines and options and then on to the thermonuclear Megane R.S., which I tested for the Medical Independent last year.

Renault’s versatile Megane has received a suite of new enhancements across the range ahead of the 2021 push. In order to improve driver visibility, the headlights now feature full LED Pure Vision technology, which, according to Renault, improves the beam by 30 per cent. The French marque claims that the new headlights will “better illuminate the area ahead of the vehicle, improving safety and convenience, as well as being more efficient”.

At the rear, all lights are now LED too with a wide lighting signature stretching across the boot lid. The front of the car has received some subtle design changes with a new front bumper and for the R.S. line, a Formula One-style full width front blade.

According to Renault, the new Megane’s cabin has been refined creating a “premium environment for driver and passengers”. The central touch screen is now offered in sizes up to 9.3 inches, with revised graphics and a glossy new screen enhance experience. All the vehicle settings are now
operated through this screen.

There is a new digital dashboard, which is fully customisable and allows the driver to display a full 3D map, front and centre, with large speed displays (particularly important for the penalty point producing R.S. range) and accompanying information to tailor the driving experience.

The biggest version, the Megane Sport Tourer offers a generous total 521 litres (VDA) of luggage space, as well as a host of other storage details. You can set the boot floor to a high position, which will help when loading bulky items into the car, or set it to low, which maximises the available space.
The Megane comes in petrol, diesel and now a hybrid offering.

The entry level powertrain is a 1.3 litre TCe petrol engine, with 140hp and 240Nm of torque, with a choice of six-speed manual or seven-speed EDC automatic transmission. The diesel 1.5 litre Blue dCi engine is also available in manual or automatic, gets mileage figures of 4.6l/100km (4.5l/100km for the manual) and produces 115hp.

Renault are now offering a plug-in hybrid version, which, in Ireland, will only be available on the Sport Tourer estate version, until spring 2021, when the hatchback arrives.

Using a 1.6-litre petrol engine with two electric motors, 9.8kWh (400V) battery and an innovative multi-mode clutchless transmission, gear shifting is optimised for maximum performance and efficiency, working seamlessly with the advanced plug-in hybrid powertrain for a total power output of 160hp, plus 144Nm of torque from the engine and 205Nm from the electric motor. According to the French marque, this new plug-in hybrid is capable of travelling up to 50km in full electric mode.

The big bad wolves of the Megane family, the R.S. and R.S. Trophy, have received a range of enhancements. Both are powered by Renault’s wonderful 1.8 litre turbocharged direct injection petrol engine, which is the most powerful production Renault engine ever with 300hp and 420Nm of torque and comes paired with a seven-speed EDC automatic transmission.

The exhaust systems for the R.S. duo have been revised, with a mechanical valve added to adjust the sound for an even more involved driving experience. The R.S. Trophy benefits from the same suite of enhancements as the whole Megane range, with Alcantara sport seats featuring red and grey stitching and detailing as standard. An upgrade to Recaro seats is also an option, but only for the Trophy version.

There is a smorgasbord of options available from the Megane range in Ireland and it is very important to note that all new Renault cars are covered by a five-year warranty. It features an unlimited mileage limit in the first two years and up to 200,000km in the remaining three. E-TECH plug-in hybrid variants come with an eight-year battery warranty.