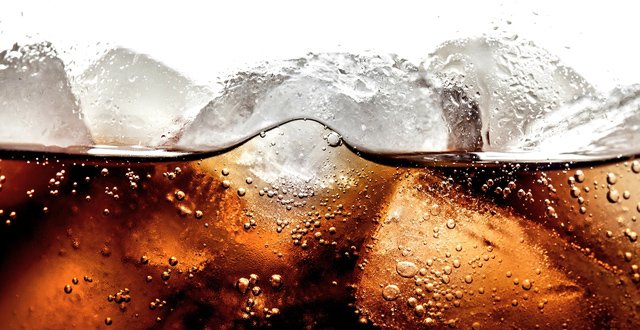 Moloney and Elvis Costello features the line: “There’ll be laughter and tears over Tia Marias, mixed-up with that drink made from girders.” That drink is Irn-Bru, an acridine, orange-coloured libation sometimes deployed as a mixer, but more typically quaffed undiluted by alcohol, the better to be savoured by discerning palates in Scotland and around the world, including Ireland.

Irn-Bru’s well-known association with girders derives from it having a 0.002 per cent concentration of the iron-contain- ing food additive ammonium ferric citrate. But its main in- gredient is sugar, 10.3g of which are added to every 100ml of the stuff. Or rather, that was the case until the manufacturer AG Barr decided that as of January this year, they would reduce the sugar content from 10.3g to 4.7g/100ml. As compensation, the artificial sweetener aspartame was to be added.

This declaration unleashed a stushie of Wagnerian proportions. For example, an online petition on www.change.org launched by Ryan Allen has attracted over 50,000 signatories, all sharing Ryan’s outrage that this sweet golden thread woven into Scotland’s cultural tapestry had been so cruelly slashed. Accordingly, they demanded that the full complement of sugar be reinstated.

AG Barr’s website (www.irn-bru.co.uk), prepared to shoulder the burden of its responsibilities to consumers, counselled Irn-Bru drinkers thus: “People with diabetes should be aware of the carbohydrate content change and should get medical advice.” It’s beyond parody, but I do love that wee touch of substituting the more sciencey ‘carbohydrate’ for ‘sugar’.

I’m no medic, but if I were I’d advise people with diabetes — and without — to run a mile from all sugar-sweetened beverages (SSBs), pointing out that “chronic overconsumption of SSBs is amongst the dietary factors most consistently found to be associated with obesity, type 2 diabetes and cardiovascular disease risk in large epidemiological studies”. This is cited by Arsenault et al (Nutrients, 2017, 9, 600) in their ‘Targeting over-consumption of sugar-sweetened beverages… ’

As for the addition of aspartame, soft-drink manufacturers won’t have space on their websites to refer customers to a paper by Suez et al (Nature, 9 October 2014), whose title sums up what happened when commercial formulations of saccharin, su- cralose or aspartame were added to the drinking water of mice (none of whom had petitioned for the change): “Artificial sweet- eners induce glucose intolerance by altering the gut microbiota.”

The Scottish Diabetes Survey 2015 reported: “There were 284,122 people diagnosed with diabetes in Scotland recorded on local diabetes registers at the end of 2015. This represents 5.3 per cent of the population.” And Diabetes Ireland (www. diabetes.ie) notes: “854,165 adults over 40 in the Republic of Ireland are at increased risk of developing (or have) type 2 di- abetes. More alarmingly, there are a further 304,382 in the 30-to-39-year age group that are overweight and not taking the weekly 150 minutes’ recommended physical activity, leaving them at an increased risk of chronic ill health.”

As Keaver et al observed in their ‘Energy drinks available in Ireland: A description of caffeine and sugar content’, published in Public Health Nutrition (doi:10.1017/S1368980017000362), of 78 products identified, sugar concentration ranged from 2.9g to 15.6g/100ml. Keaver et al’s other findings add to a burgeoning evidence base to show that SSBs are harmful to health. For a more recent example, when Loader et al investigated the ‘Effects of sugar-sweetened beverage consumption on microvascular and macrovascular function in a healthy population’ (Ar- terioscler Thromb Vasc Biol. 2017;37:1250-1260), they found “that commercial SSB consumption induces microvascular and macrovascular endothelial dysfunction in a healthy population”.

of the population in the UK ( and perhaps Ireland?) have abdi- cated responsibility for their health. And here a phrase of Gore Vidal comes to mind: He was railing against the “Hacks of Ac- ademe”, but it is appropriate here too, because we have today “the new barbarians, serenely restoring the Dark Ages”. We are now living in the Dark Ages of the soul, where responsibility for introspection, self-restraint, reflection, is handed over to others who will tell us what to think… and eat… and drink. The irony is that in the Dark Ages they ate better than we do today: Proper meat, fish, dairy, vegetables; not the processed, ersatz stuff that can cause disease.

So it’s time for governments to govern, and to do for the masses what many individuals are unable to accomplish themselves: Take responsibility for our health. Raising taxes to outlaw sugar would be a start.

However, Frances Perraudin in The Guardian (21 November 2016) notes that after the election of 56 Scottish Nationalist Party (SNP) MPs to Westminster, there were 8,708 cans or bottles of Irn-Bru sold across the parliamentary estate: “Patrick Grady, the SNP MP for Glasgow North, said the carbonated drink gave politicians ‘sustenance’ through the long days in the Commons.”

Perhaps we do get the politicians we deserve.