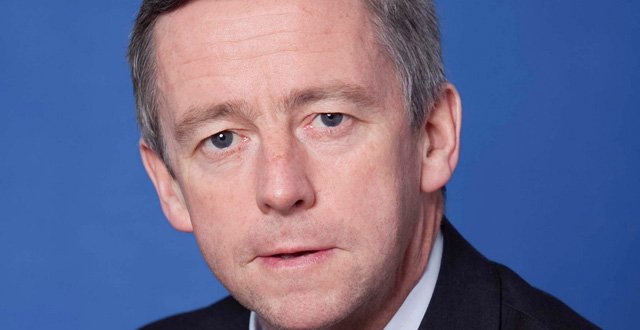 On Friday afternoons, Dr Philip Crowley contributes a GP session at Mountjoy Street Family Practice, in Dublin’s north inner city. The HSE National Director of Quality Improvement says it provides a “big slice of reality”, which he seeks to apply to his role at HSE headquarters, Dr Steevens’ Hospital.

Dr Crowley says the “direct front-line interaction” at the Mountjoy Street practice is a “good counterpoint” to his HSE remit, which involves lots of meetings, planning and decision-making.

“I love general practice and seeing patients,” Dr Crowley tells the Medical Independent (MI). “Mountjoy Street — and I also do some work now in Merchants Quay — is serving a population that needs services… it is a very good practice and I really value being able to continue doing that kind of work. If you need to be grounded, it is the place to get grounded, I think.” He says the HSE “encourages you to stay clinically engaged and informed”.

Qualified in public health medicine and general practice, Dr Crowley was Deputy Chief Medical Officer at the Department of Health before joining the HSE in 2011. Over the years, health inequality has been a particular interest and he spent five years working in Nicaragua from the late 1980s, developing chronic disease care programmes and working with community organisations in health development.

Interestingly, ICGP research authored by Dr Crowley in the mid-2000s concluded that “deprivation-weighted payments” could enhance GP services in areas of social deprivation. This proposition is currently being championed by a group of Irish GPs based in working-class areas, against the backdrop of talks on a new GMS contract.

MI asks Dr Crowley if he still ascribes to the conclusion he reached in that research. He responds that “different approaches” to caring for people in areas of significant poverty are required. Dr Crowley concurs that GP practices in areas of social deprivation, with high multi-morbidity and scant time for preventative health, need specific supports.

‘When staff feel listened to, feel valued and feel respected, and feel part of a team, patients’ outcomes are way better in that space’

“I mean, we would have to just study what kind of supports would be the most intelligent things to do… certainly I think it should be a priority,” he says.

He says that “generally speaking, healthcare resources should be directed towards need, wherever the need is”.

Formerly National Director for Quality and Patient Safety at the HSE, Dr Crowley’s role has changed this year. The HSE “redesigned”, as it puts it, its national Quality and Patient Safety functions, effectively creating two distinct divisions: the Quality Improvement Division led by Dr Crowley, and the Quality Assurance and Verification Division, headed by Mr Patrick Lynch.

MI asks Dr Crowley what prompted the split of functions. He suggests quality improvement (QI) was simply lost to the amount of fire-fighting involved in patient safety. “If you are doing [responses to] adverse events and complaints and when things go wrong, you are trying to deal with that and trying to help the system deal with that,” he says. “You are giving advice on that and sometimes, I guess, involved with the media in relation to that. That is fairly all-consuming. It is very hard, then, to do the other part of your job, which is trying to get ahead of all of that and actually improve things, so the mishap or the harm doesn’t happen in the first place.

“The thinking was you can’t really do both jobs, and that if we want to really get down into quality improvement and improve care, fundamentally, you need to dedicate time to that separate from the more operational or more day-to-day, dealing with when things go wrong or if there are queries or complaints. So it is really to try and provide a proper focus on improvement, and yet protect the integrity of what we try to do when things go wrong.”

While a number of patient safety scandals have dominated headlines about the Irish health services in recent times, Dr Crowley tells MI the development was not prompted by a specific incident.

“Obviously, ultimately, the hospitals division deals with what happens in hospitals, and the mental health division deals with mental healthcare, and quality and patient safety was a support function to all of those divisions,” he says. “But I think it is really borne out of an understanding that we weren’t having enough focus on improvement, because we spent so much time dealing with [things that] went wrong. So to create a separate focus on improvement, albeit with a smaller team, was a good idea. It wasn’t in specific response to any particular incident, no.”

QI is sometimes termed the ‘soft side’, whereas dealing with adverse events and harm is the ‘hard side’. “But in many ways it is the difficult side because it is really about working with colleagues to change how we deliver care. That is a big job.”

Dr Crowley says the implementation of the HSE Open Disclosure Policy, which was launched at the end of 2013, will continue to be a key area of attention. He reports that a huge amount of training has already taken place.

“I have only one person working on it, because we don’t have teams of people working on these things. We have done it with the State Claims Agency, which has been a really good partnership. They have had a person on it and we have had a person on it, so at least that is two people — that is good, it means people don’t work on their own as well, which I think is good practice.”

At the same time, it is “not a simple matter”. In an environment of reduced resources and increased pressure, there can be a sense of fear among staff that they will be unfairly or disproportionately blamed for an incident, Dr Crowley indicates.

“There is, I think, an understandable desire when something goes wrong that somebody would personally take responsibility. But healthcare is delivered by teams these days, in environments that aren’t always perfect, with funding amounts that maybe we might like to be a bit better, with resources not always matching demand. That is an environment in which it can often be very convenient to find one individual and blame them, because that is ‘job done’ then…”

Dr Crowley insists that he doesn’t believe in “no blame”, but rather in a “just culture”, where healthcare workers are not “sacrificed in a situation because there is a lot of angst and pressure”.

A recommendation in a consultation paper by the Law Reform Commission in 2008 stated that a statutory provision should be considered, which would allow medical practitioners to “make an apology and explanation without these being construed as an admission of liability in a medical negligence claim”.

The Government’s long awaited, yet still unpublished, Health Information Bill is expected to include a provision of this nature.

“To be honest, I don’t see any problem with it being protected, but we have implemented the policy without that protection,” comments Dr Crowley, adding that a form of protection “would probably help”.

“But we are trying to win over hearts and minds and convince people it is the right thing to do anyway,” he acknowledges. “Obviously people are very upset when something goes wrong. That is way compounded when we don’t respond well afterwards.”

However, moving on from openness about mistakes and harm, to specific fears over doctors’ performance, data suggests that the HSE is a reticent complainant to the regulator. In recent years, just 3 per cent of complaints about doctors to the Medical Council were from the HSE/other employers, though these complaints were much more likely to proceed to a fitness to practise inquiry.

MI asks Dr Crowley if he believes the percentage of referrals by the HSE should be somewhat higher. “I think it probably should,” he says. “What I think was good is that at least the people who we are referring, we probably needed to refer. Maybe we were sifting the possible referrals better — you would expect us to do so, because we understand healthcare, we should really know when someone individually… when their practice is under question.”

Currently, the focus for Dr Crowley’s HSE brief revolves around a number of QI initiatives, including pressure ulcer reduction. The Pressure Ulcers to Zero initiative, which began in 2014, was the first large-scale improvement collaborative to take place in Ireland. Involving partners in the Dublin north east area, including hospitals, primary care centres and nursing homes, it has achieved a 73 per cent reduction in pressure ulcers.

“I don’t want our efforts to be a series of projects; I want them to have a lasting change,” he notes. “What we have decided to do is not do any more collaboratives [at the moment], but to do our work on pressure ulcers around the country, to spread it around the entire country and sustain it where we did it. That is a huge job, to get everybody in the entire country to change practice, but that is what we are going to try and do.”

As to other aspects of QI work, he says “we need to be much more systematic about how we engage patients as partners”, and that the HSE must “significantly improve how staff feel valued on the front line”.

He continues: “We will be working with the HR staff here to really promote staff engagement, and we have done work, which isn’t quite complete yet, around listening to staff. I think we could do a lot more in that space. The evidence is pretty clear — it is not just a nice idea… it is that when staff feel listened to, feel valued and feel respected, and feel part of a team, patients’ outcomes are way better in that space.”

His division will also be focusing on the area of leadership across the health service.

“We need to work with our leadership to help develop it, and the way I would like to see it developed is that leaders understand their ability to motivate staff, to create teams that have this characteristic of people who are able to speak up… If a porter sees something going wrong, I’d want them to say it to me [in a team setting] and feel free and unafraid… we are working on leadership, again with the HR division, and I think hopefully generating leaders that continue to develop their skills in that area.”