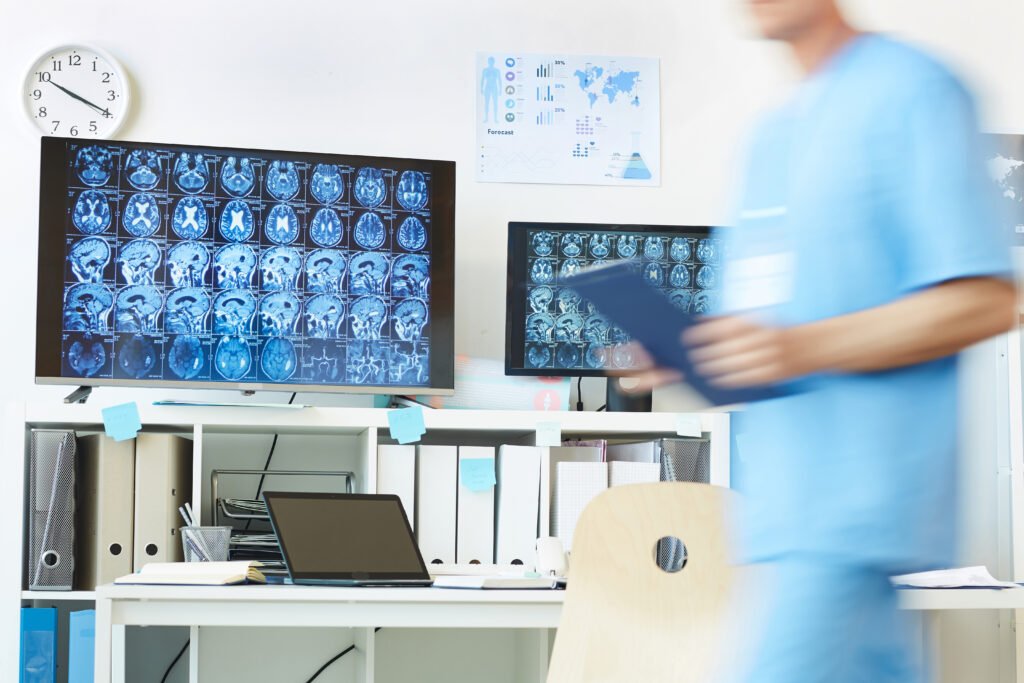 The newly appointed Director of the National Cancer Registry Ireland, Prof Deirdre Murray, spoke with Pat Kelly about taking the helm at the Registry in challenging times

Prof Deirdre Murray has almost two decades of experience as a specialist in public health medicine, as well as long-standing expertise in managing large cancer datasets that are instrumental to informing policy decisions and public service planning. Prof Murray has worked in the National Cancer Control Programme (NCCP) and is a founding member of the NCCP’s executive management team.

In addition, she set up and led the Programme’s ‘cancer intelligence’ function and played a leading role in developing the NCCP’s monitoring system, which is designed to oversee the implementation of key strategic decisions and support the quality assurance of cancer services and service improvement across the eight cancer centres, as well as their satellite treatment units. Prof Murray is a trainer with the RCPI Faculty of Public Health Medicine and has a passion for health information and health services research. She delivers research presentations to students at University College Cork (UCC) and national and international conferences.

A medical graduate of UCC, Prof Murray has a Master’s degree in Public Health from University College Dublin and undertook her clinical training in Ireland and the UK. She is a Fellow of the Faculty of Public Health Medicine.
Prof Murray has now been appointed Director of the National Cancer Registry Ireland (NCRI) and Professor of Cancer Epidemiology at UCC. Prof Murray spoke with the Medical Independent (MI) about her appointment, including her ambitions for the NCRI and the challenges of supporting the evolution of cancer strategy during a time when the nation is emerging from the chaos caused to healthcare services by Covid-19.

“Covid-19 has scuttled everybody who was working in public health. But for 10 years before that, I was a founding member of the NCCP executive team I started with [former Director] Prof Tom Keane… and a key ally of ours at that time was the NCRI, under Dr Harry Comber,” said Prof Murray.

“We very much depended on the Registry to give us an independent view of the activities going on in cancer care services around Ireland – where tumours are being treated, the numbers, and so on. And of course, the NCCP came into being because of a report prepared by the Registry, which said Ireland was behind Europe in terms of cancer outcomes and there were significant regional disparities when it came to outcomes and inequities.”

Before she took the position with the NCRI, Prof Murray observed that many of the registries are led by public health physicians, including in Northern Ireland and the UK. “I had been working in Covid for the past year [before joining the NCRI], which was a big change in focus but – and I hope these aren’t ‘famous last words’ – I am happy that we have reached a relatively stable state now where that killing machine has been stopped,” she said.

“At the back of my mind and those of my colleagues was, we know that last March our cancer patients stopped coming in to us because they were terrified [of Covid],” Prof Murray told MI. “There is no doubt that that disruption has impacted on cancer care and cancer outcomes, and that is a worry.”

Regarding her new role at the NCRI, Prof Murray pointed to the fact that “I know all the players in cancer services, having worked there for such a long time. So I think it’s time to get the Registry better engaged in those aspects and better linked-in. A lot of organisations go through phases and I saw myself as a good fit for this phase.” On the matter of missed diagnoses and cancer treatments because of Covid-19, Prof Murray pointed out that staff in the Registry adapted to working remotely with immediate effect following the outbreak.

“That was a big change but ironically, Covid has actually helped with some of the overall issues the Registry has had in terms of access, prior to the ransomware attack, so they could access hospital databases remotely,” she said.
“It normally takes a certain length of time before everybody’s data is captured and they are registered after their initial diagnosis. We are only now beginning to look at what the impact has been on incidence to date.

“Normally, the Registry reports would typically be two years behind, but staff have already been working to get the registrations up as quickly as possible. The difficulty with that is, with all cancer registrations, the last 5 per cent are as hard to get as the first 95 per cent – they can be the really difficult ones.

“So it will always be provisional data that hasn’t been finalised. But I think we will hopefully have in the next few months some definitive information to share with the health services on the impact of last year.”

The emphasis in this unusual situation will be to focus on incidence, as well as staging – for example, cases where people may have presented later than they otherwise might have sought help – with the key measure being outcomes for cancer patients, Prof Murray explained.

One of the more significant impacts on healthcare delivery due to Covid-19 has been the increase in remote and virtual consultations. Prof Murray was asked if she expected this to be a permanent fixture in the future delivery of healthcare.
“There will be a place for it,” she said.

“Hospitals have done follow-up cancer care using phone calls, rather than people coming to visit the hospital. The NCCP has been trying to do some work on this… you may have a patient who is attending a surgeon, medical oncologist and a radiation oncologist – that’s a lot of appointments.

Some patients almost live from appointment-to-appointment so even though they [remote consultations] have made people feel a bit more distant – the ICS [Irish Cancer Society] has said some patients are quite anxious over whether they will be able to get back to accessing services again – you have to ask, why bring patients back to clinics all the time, when they could have a call and the same can be done [as in an in-person consultation]? People across all specialties will probably be rethinking this with, for example, a patient who has to travel from Cork to Dublin for a 10-minute consultation.”

With Prof Murray’s special interest in healthcare data and information, was she concerned about data security going forward, bearing in mind the consequences of the recent HSE data hack?

“One of the silver linings from Covid was that there was investment for people being able to access information remotely. In terms of data, that did mean that people were able to collate data much more quickly,” she said.
“Thankfully, NCRI data were not affected by the hack and a lot of tests were done to make sure there was no infringement there.

“However, I would be fearful of the public losing confidence in these databases. I often say, Tesco could know more about me than my hospital does. There is sometimes a general fear of data being captured electronically and the fear of this sort of attack and infringement on privacy, but it is clear that there is a greater speed and complexity of care now.

“When I was a junior doctor, all reports etc were manual and some people are finding it difficult; people were so used to having the most recent lab results at their fingertips, for example. We do need to have a clear communication policy to the general public to emphasise that the benefits outweigh the risks. We are all patients at the end of the day, and if we don’t continue to evolve technologically and continue to bring the data together so that people can get the full picture, rather than the piece they get from their particular clinic, we will see more people getting an incorrect diagnosis or repeated tests,” said Prof Murray.

“We have seen this when patients move from one hospital to another, for example. For instance, before the national imaging system came in, you would need to have another x-ray or CT scan, but now they can be seen in other hospitals. These sorts of systems are invaluable for day-to-day patient care, as well as for looking at things on a population level in terms of the quality and standard of care that was given. We have an investment piece in this country for security, and we have work to do in terms of communications.”

With regard to cancer care policy, Prof Murray noted that as research evolves, cancer care is becoming more personalised, to the point where drug therapies can be individually targeted and tumour types can be more accurately identified. “It’s not my personal area of expertise, but in genomics, patients are increasingly accessing tests online and arrive at the clinic with their results, which they want to have interpreted,” she said. “The search for a cure goes on, but we certainly understand now that cancer is not just ‘one disease’ and even within one tumour type, there are several sub-species, and unfortunately, we don’t know which patient is going to benefit from a particular drug.

“I think that whole area is one that will need to be looked at down the road in terms of treatment, because it’s going to be increasingly costly and complex; some of these tests are increasingly complicated and will need to be done in one or two labs… we need a laboratory system where we designate diagnostic centres for those particular tests, because some of them are more complicated than others.

“The speed at which it [testing] has evolved is amazing – I describe cancer care as the ‘fastest-spinning plate’ in terms of the speed of change and speed of improvement. That’s great, but it’s hard for the health services to keep up with that. And of course, all of that requires funding too.”

Regarding her hopes and aspirations for the progress and development of the Registry during her tenure, Prof Murray said: “There is a very good strategy that the Registry has prepared and now we need to implement that strategy. That is, to improve communication, which is one of its key pillars and also to get more patients and clinical involvement in both the input and output of data – that has been a little isolated up to now.

“We also need to look at how data is collected as we move to electronic sources, which should help with the initial gathering of data. However, as I said, cancer care is becoming increasingly complex; people are thankfully living longer, but even their cancer journey is becoming longer in terms of their treatment pathway and recurrences.

“At the moment, we just gather data on the first year of treatment and also obviously when a patient dies, but a lot happens in between…. We would like to expand some of the data that is collected by the Registry to better help services to be able to plan.”