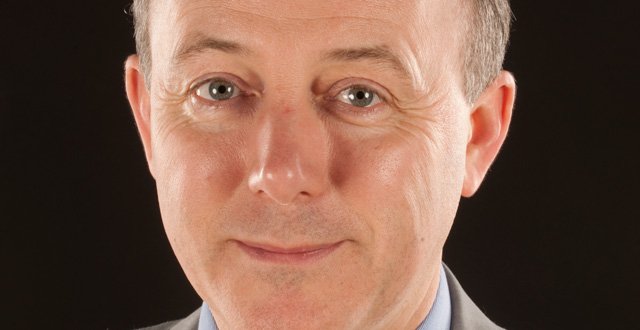 “I’ve really enjoyed my time as President of the ISR. It’s been a great two years, and I’m very thankful to the Society for letting me have the opportunity,” Prof David Kane, who completes his term at the 2015 ISR Annual Autumn Meeting later this month, tells the Medical Independent (MI).

The registry database — Rheumatoid Arthritis Biologics Registry of Ireland (RABRI) — will document all RA patients attending rheumatology clinics in participating centres in Ireland, who have been commenced on a new biologic therapy. The main objective will be to monitor response to therapy, safety, record adverse events and events of special interest, and the project is being led by Prof Gerry Wilson, Arthritis Ireland/UCD Chair of Rheumatology.

“At the meeting we are going to have Prof Gerd Burmester, Germany, who will talk about what they have learned in Germany from having a registry and I think that is going to be very valuable for people to see the pay-off at the end in terms of how it can really help your practises, help you campaign for resources and prove to the funders that biologics are worth what we put into them,” Prof Kane said.

‘It is almost impossible to do meaningful research on the back of a full-time clinical job. It takes great determination and sacrifices. What we need to do is fund more academic rheumatology posts in order to get this research done’

Another key project that Prof Kane has worked hard on advancing with the Society is securing ultrasound accreditation for rheumatology in Ireland.

“We’ve managed to get European ultrasound accreditation established, and we’ve graduated the first trainees who are competent in ultrasound and we hope to build on that. So that is a big development for rheumatology in Ireland…

“It is a new skill, using ultrasound in clinics. We followed the European Federation of Societies for Ultrasound in Medicine and Biology (EFSUMB) competency guidelines and we now have three people in Ireland — I am the only one in the Republic — who are level 3 accredited to train and certify level 1, which is competency, and level 2, which is experienced ultrasonographers. This will be really useful in generating diagnosis of various conditions in clinics, and also in guiding injections and other interventions.”

There have been some positive developments in recent years in increasing the quality and breadth of rheumatology research in Ireland, which the ISR is strongly supportive of, Prof Kane pointed out.

Following on from the appointment of Prof Wilson in his research and academic post, Dr Ursula Fearon has been appointed as Professor of Rheumatology in Trinity College Dublin. “She will be a scientist, not a clinician, and will head up a research programme in Trinity with two groups who are working together and we hope then there will be further appointments in the other university teaching hospitals to build a really strong academic network. That is all really down to Arthritis Ireland, which I am a Board member of, who have driven this and provided funding…” Prof Kane said.

Continuing, he said Ireland is an ideal country in which to carry out targeted rheumatology research, as we are an island nation with a small group of patients “who are quite homogenous genetically”.

“We haven’t really done that yet, as it keeps coming back to trying to build the infrastructure. We need people who are actually paid to do academic rheumatology. It is almost impossible to do meaningful research on the back of a full-time clinical job. It takes great determination and sacrifices. What we need to do is fund more academic rheumatology posts in order to get this research done. As we’ve seen with the biologics, the way they’ve changed the face of disease, research can really pay off. RA was considered pretty much untreatable for a long time until we started studying the immunology of the disease… When you look at the history of RA, [it has gone] from when people had horrifically damaged joints, to the real-life situation today, where most people should be able to achieve complete control with the drugs that we have.”

However, while there have been many positive advances in rheumatology research and treatments, access to basic services in Ireland remains a significant issue, Prof Kane acknowledged.

“There is an increasing demand for rheumatology services and while there have been some improvements, with a small number of new rheumatologists and also investment in physiotherapists, we are a specialty that is coming from a very small base and so we have a lot of catching-up to do with other larger specialties in Ireland before we can deliver services that mean people won’t be on long waiting lists.

“In real terms, we are being asked to do more and more general medicine, and that really does impact on our waiting lists, when we’re not doing rheumatology. And patients are now on more complicated therapies that require longer visits, more intensive monitoring, so we’re taking longer to treat patients because of the complexity of these drugs. It’s not to say if we appoint another four or five rheumatologists that we will solve the problem — the issue is that we are so far behind the rest of Europe in terms of numbers of rheumatologists. Unlike the rest of Europe, we do a lot of general medicine in rheumatology and that always seems to be to the fore in the way hospitals are run; there always seems to be more pressure to do general medicine than rheumatology…”

The forthcoming ISR meeting features a host of high-profile national and international speakers from a range of disciplines, who Prof Kane said would provide a “wide-angle lens” of rheumatological issues.

“Prof Donal O’Shea will speak about the impact of obesity [on rheumatology]. Obviously, it has a significant impact on the load-bearing joints and we also have Prof Fergus Shanahan, University College Cork, on how the gut can cause immune diseases… I will be fascinated to hear what he has to say.”

“This was a disease that was pretty much invisible until MRI came along. In the early stages we couldn’t see anything on x-rays, and blood tests were not that helpful, but MRI has come along and revolutionised it and also allows us to see how well treatment is working. So it has really helped these patients, with a pretty much incurable disease, reach remission with biologics and MRI monitoring, so I think his presentation will be excellent,” Prof Kane said.

On a very different but equally interesting vein, there will be a presentation by Dr Suresh Rattan, Denmark, on the biology of ageing, which Prof Kane said should encourage delegates to look at things from a different perspective.

“We often don’t think about obesity or the biological effects of ageing, etc, we just think about our diseases and it’s good to use a wide-angle lens and look at things more laterally.

“For the first time, instead of just giving out the award, we are asking the winner to give us an overview of the things they have learned from their career. I think this is going to be a fascinating talk, because I think it will be a global view of rheumatology that will hopefully remind all the young guys coming up in medicine that there has been a revolution in one area, but we need to do it all for the people in the other areas, like osteoarthritis. It is possible — at one time, people looked to RA much as they look at osteoarthritis today, as something where you could just manage the symptoms but not change [the disease] and that is something that I’d like to see change.”

The meeting will also see the inaugural awarding of the Bernard Connor Medal. This award encourages medical student participation in rheumatology during undergraduate education and supports student engagement with the activities of the Society.

“The award aims to make medical students more aware of rheumatology as a possible career, because it is only by attracting the best into the specialty can we hope to see it grow and prosper,” Prof Kane explained.

“We also have advanced plans to develop an online undergraduate teaching programme. We hope that will be coming together before I finish and it will probably take a year or two to come together after that,” he concluded.

Dr Alexander Fraser, Consultant Rheumatologist, University Hospital Limerick, will take over from Prof Kane as the new President of the ISR during the meeting, which will take place in Naas on 24 and 25 September.

Extensive coverage of the conference will be exclusively provided by MI in our 8 October issue.